Lamborghini Perdigón, a concept car rendered at the Paris Auto show by an innovative designer Ondrej Jirec has drawn a lot of attention worldwide. The concept was nailing and slashed off the rest of the designers who rendered the concepts on Lamborghini, indeed an impressive design. The car looks more futuristic with its sleek design and sharp edges with an inspiring charisma.

The aggressive exterior, as the designer said, is inspired from the fighter jets with extreme edges like ‘F-117 Nighthawk’ and my favorite ‘F-22 Raptor’. The italian company has their wheels on the roads already with the fighter jet inspired, Reventon and Aventador. The above design is a similar inspiration by the designer based upon the initial structural look of the both cars. 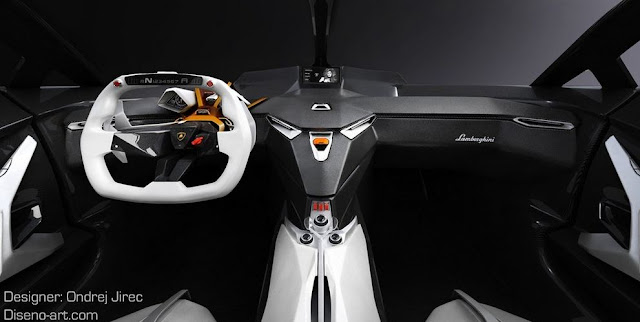 The concept has a big intake diffuser below the windshield, which looks like a fighter jet engine’s intake. The aggressiveness continues from the exterior to the interior with the same power level. The interior looks extremely pleasing with a staggering level of digitization replacing the driving wheel with HOTAS sort of steering wheel. It consists of digital displays and controls placed comfy to the driver along with the other controls to his right. The seats seems unique in the design as it looks as if its not the regular kind. 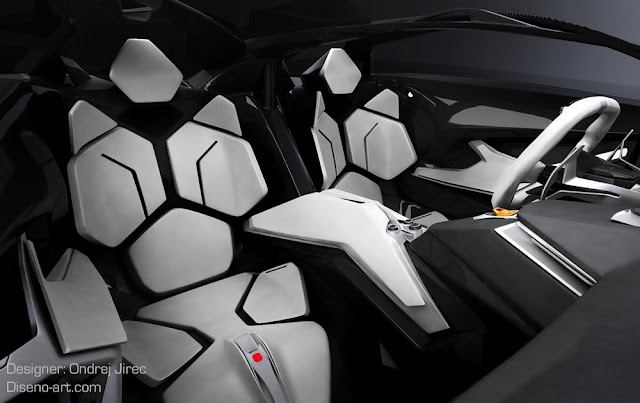 The concept is flabbergasting and was a key attraction in the show which stole the italians especially. Lamborghini, known for its craziest designs has once again proved as a unique inspiration for designers around the world. 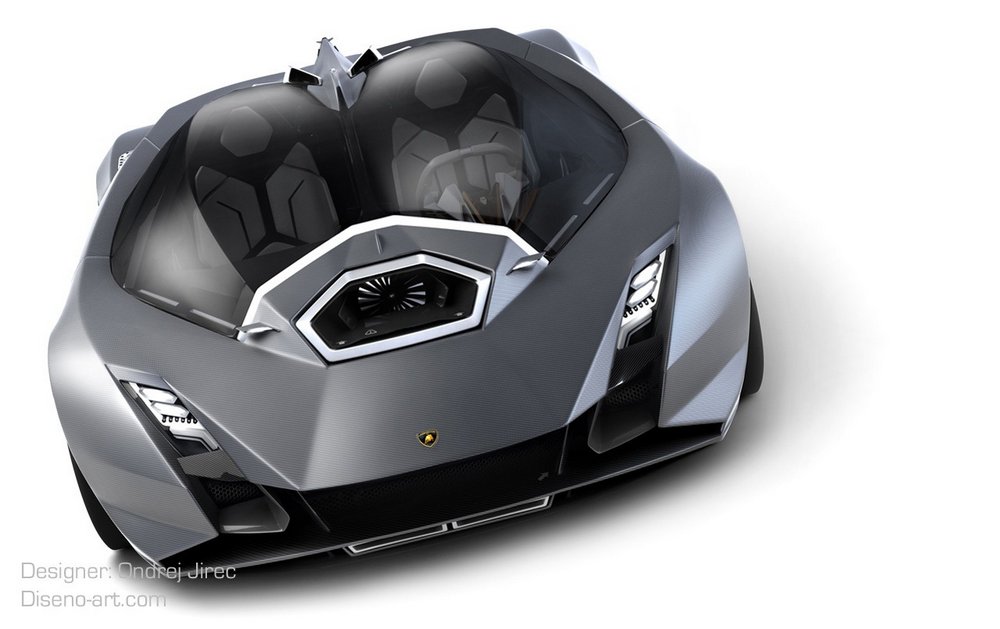