This enormous ark, a VFX treat from the movie 2012, is now a reality. This idea of building a real floating city actually emerged in the 90s. The idea was fairly magnetizing people, but failed to attract investors to fund the development and gradually it found its  place in the archives. Norman Nixon, the design engineer behind this project has left the key elements to resurrect the project now. Roger Gooch, a close colleague of Nixon, is now backing the project and has brought it back from the archives. Though the project gets enough attention among the private investors, the gigantic budget estimate of 10 Billion Dollars, perplexes the venture capitalists. 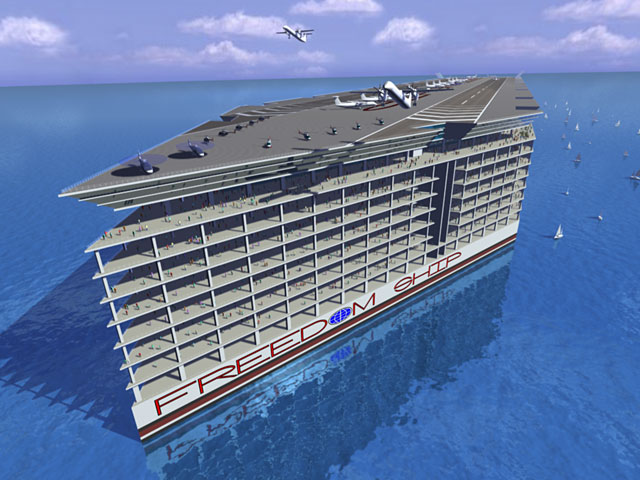 The freedom ship has its exclusive airport on the top, so that visitors can fly in and out to the major cities. The ship is too big to enter a port, so most of the time it will be anchored out from the ports. The highlight of the project is that, the ship will have its own economy functioning, where people work and function like a normal community. 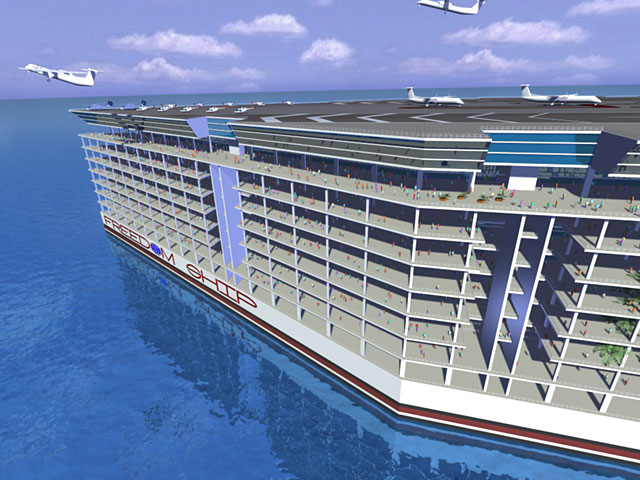 Though the name ‘floating city’ is a misnomer, this ship could provide a different experience and a lifestyle for the people living aboard. They will have all the facilities, services and amenities like sports stadiums, and more. 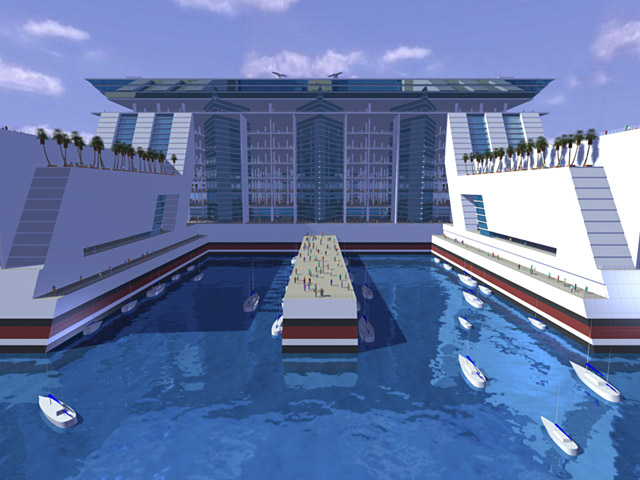 The ship never has to sail or dock even. They can entirely live off the grid and with a very little connection to the outer world. Despite of the immense budget, this city can actually be a ‘alpha site’ during a crisis like the ‘Armageddon’ as shown in the movie 2012. While the safety features are debatable, further project details are expected to surface once the company gets the funding support. 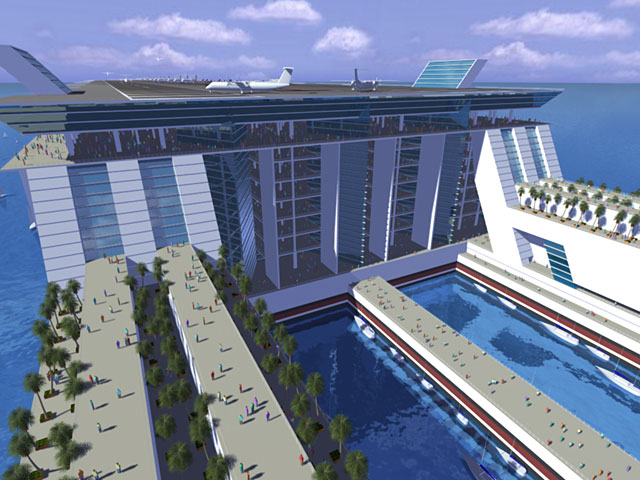 This is just another concept that survives with the help of the virality over the internet for a decade, with a promising hope in this resurrection.