When was the last time that you roped your smartphone manufacturer’s employee chain and spent a little time to think about those poor miners who extracted the minerals (tantalum, tin and tungsten) for your smartphone parts? Have you ever thought if those minerals are obtained from a fair trade? Or if those workers are treated fair? Well, it’s time to think now. There are several disputes in the past and the present, that questioned the labor practices of Apple, Samsung and other leading manufacturers, as most of the minerals were obtained from conflict zones to make their smartphones. Still, the companies are opaque about their resources and labor practices. Doesn’t it make us worry about our ethics? Here is a smartphone, which is the product of such campaign against the unfair trade. 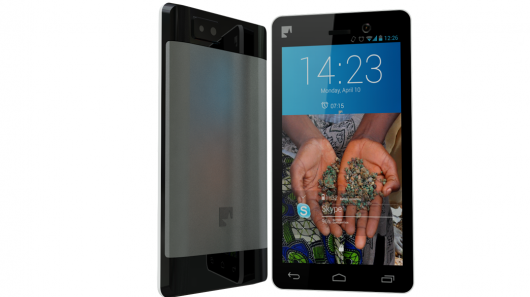 A Dutch firm, which started questioning these ethical values in the supply chain, slowly evolved as a social enterprise that manufactured the world’s first ethical smartphone called ‘Fairphone’. The ultimate aim of the company is to make the supply chain transparent and open it to the consumers by putting the ethical values first. The resources for this smartphone, the minerals (tin and tantalum) are obtained from ‘conflict-free’ mines where the trade is ethically fair, where it isn’t used by militias as in the mines in the conflict zones. Despite a few resources are from the mines of eastern DRC (a conflict zone), Product manager Miquel Ballester says that the company works hard to prevent the trade going to militias and insists that the workers are treated well. “The whole point of the Fairphone social enterprise and the campaign that came before it is to intervene on the ground where the problems have originated” he added.

The Fairphone itself is midway between the iPhone and the Samsung Galaxy SIII, with an elegant look and a promising experience with the following specifications.
The phone is equally powerful considering the midrange smartphones and blurring a few lines with the high end phones too. Unfortunately, this phone lacks the NFC chip, HDMI and I’m still wondering why the company did not include the headphone, micro SD card and the charger in the box. Fortunately, unlike apple and other devices this Fairphone is simple in its design as the company says that it can be opened and repaired by the users. The company extended its ‘openness’ this far to prove how ethical, the technology matters.

If you are looking for a decent smartphone that would balance between your ethics and the performance, the Fairphone would be the right choice.