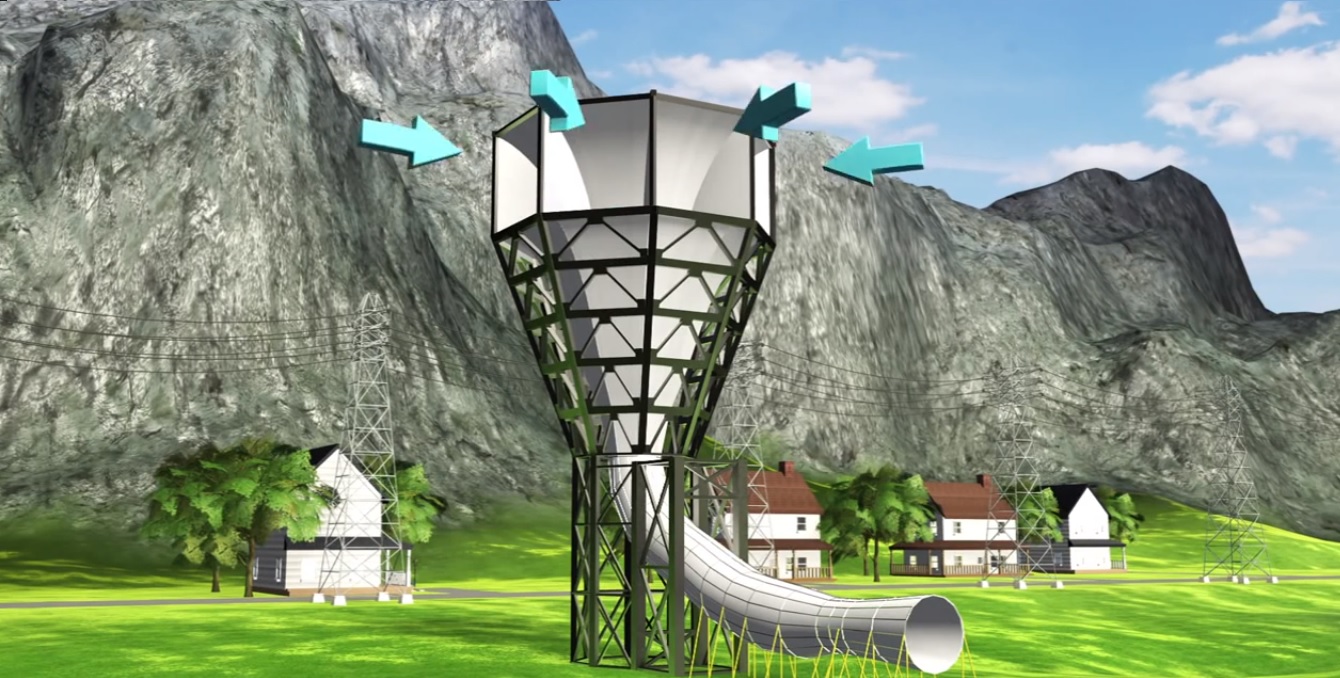 The Invelox wind turbine is capable of accelerating a 10 mph wind at the inlet up to 40 mph at the conversion. The acceleration is achieved by passing the air into one or more venturi. The venturi effect plays a key role in accelerating the channeled wind from the funnels.

Conventional wind turbines, which are massive in size and requires heavy installation, works by using the kinetic energy of the wind to move the massive blades which in turn runs the turbine to produce electricity. To compare it with this Invelox turbine, it seems that this design is quite simple and as it is lower compared to the conventional designs, it poses less threat to the birds and environment. The turbine itself is placed at the ground level and emissions are likely to be controlled as per the claims by SheerWind. 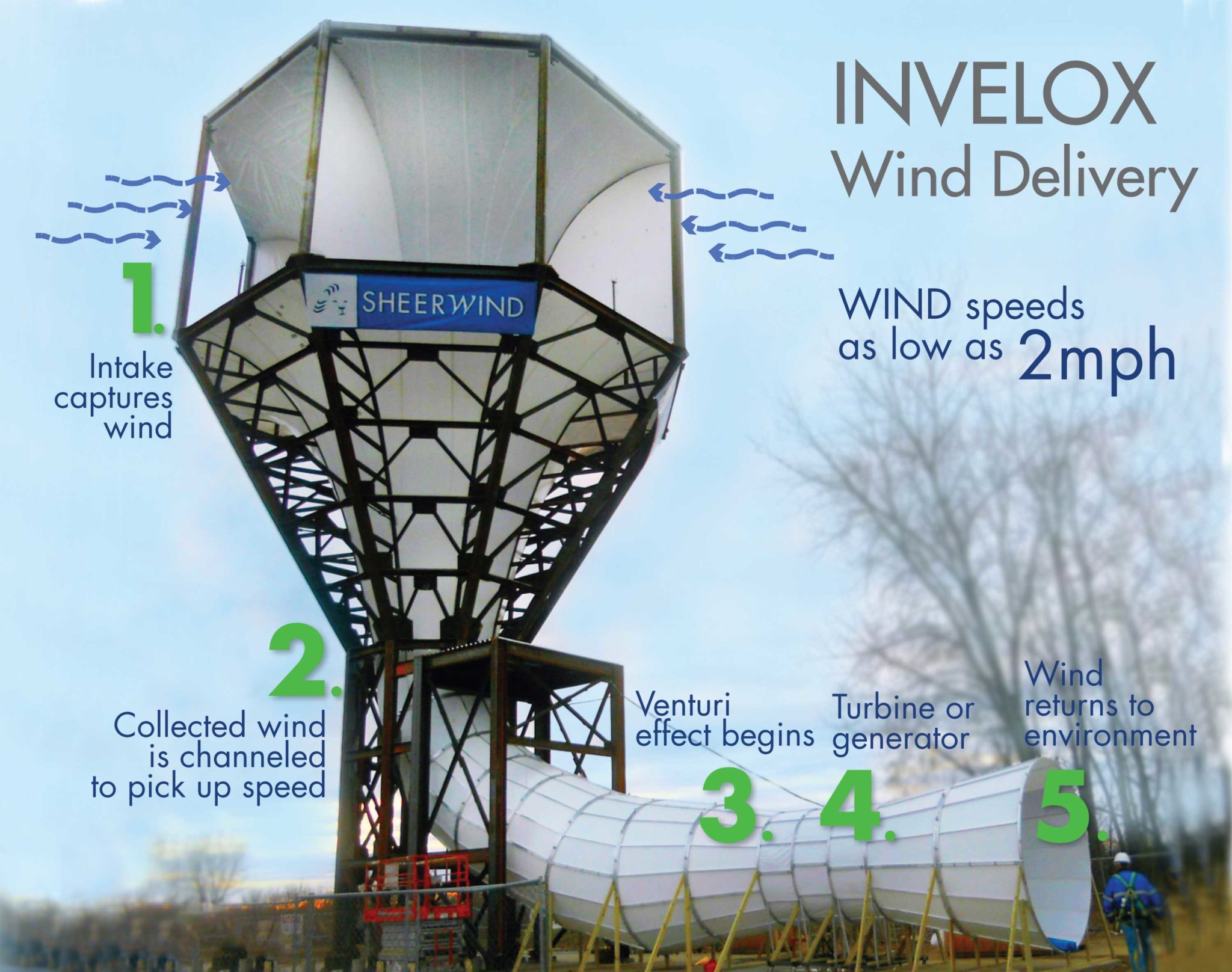 As the Venturi effect increases kinetic energy of wind by increasing its velocity, and decreasing its static pressure, this high kinetic energy drives the turbine which has 84% smaller blades compared to conventional wind turbine blades and the wind is again passed out to the environment.

The Invelox turbine can also be scaled down to the requirements and is expected to be commercially available for different requirements.

While the claims are made by the company and not tested by any public inspection group, still the general idea from the design would simply state that it promises to be a better design than conventional wind turbines and stand as a game changer in wind turbine design.