Is Earth Hour a Waste of Time 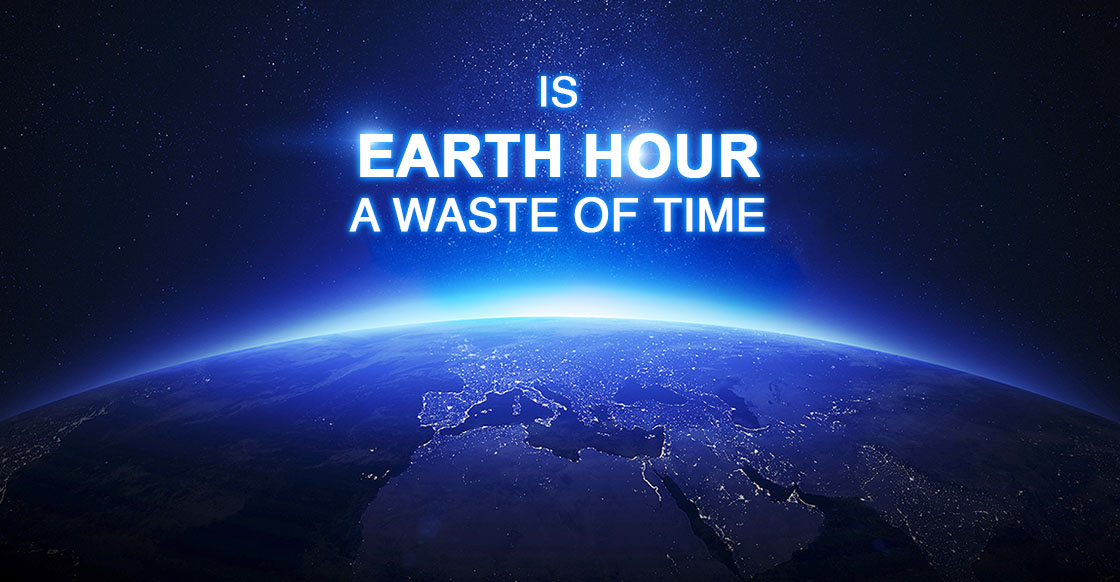 Earth Hour IS a waste of time

Earth Hour, the annual tradition of turning off the lights for one hour around the world, is utterly a waste of time if you look at it with even some common sense. Albeit a necessary event in the name of awareness, it sort of backfires in all ways. Like when it tries to send a strong message about global warming by encouraging you to simulate a dark age. Not to mention the fact that it has the potential to disrupt the power management systems at power stations, if the event is synchronized at a massive scale—sort of like how you can cause an Armageddon if you assemble every person in this world to flush their toilets at the exact time.

While the negative stuff is a bit far-fetched and highly unlikely to disrupt, it still is a stupid thing to turn off lights and preach about global warming. A rather smarter initiative could ask people to use energy efficient lights or whatever helps garner attention.

When Earth Hour gets serious

Earth Hour, by WWF, makes the world dark for sixty minutes, and in that darkness, simply paints the horrible things we have did to the environment and remind us that we are past the last minute. That’s the actual intent and it’s harmless like any other movements.

But intents deviate and messages always gets lost in the translation. The last time I heard about Earth Hour was from a local high school teacher who claimed that Earth Hour shows us how we can cut CO2 emissions just by turning off lights. And no surprise it is still one of the common perception of what Earth Hour is.

If you want me to be nit-picky about it, then there is this dark thing about Earth Hours! I mean the literal darkness. Accidents actually happened when some people took it too far to turn off every single light for the Earth Hour.

No. Earth hour does not cut down CO2 emissions. In some cases, it might actually contribute and encourage for more carbon emissions. But that’s negligible when compared to the essential equipment that you keep turned on.

To be clear, Earth Hour is NOT trying to prove this point at all. It’s the people—like the teacher—who draw their assumptions and throw it out with whatever comes out of their mouth that make Earth Hour look dorky and stupid. And if you want to prove a point against that, you can turn all the lights in your home as I did.

How an Earth Hour should be?

One hour every year isn’t going to help at all. If you really want to make a difference and keep the awareness resonating, why not do it every day? For a volunteered movement like this, I am sure it will take off if you throw in some hashtags at the so-called influencers. For the least, your local candle business could see a fortune.

And if you want to take it up a notch, try going full dark every hour. Turn off all electronic devices. Not just lights. Turn that tele off. The AC. The heater. Refrigerator. Laptops. Smartphones. Am I scaring you? Well, if this could really happen, there might be a significant change in the CO2 emissions for sure. But then again, internet is life and can’t live without the fan even for a minute.