Why Speakers Click and Buzz When a GSM Mobile Phone Is Brought near It? 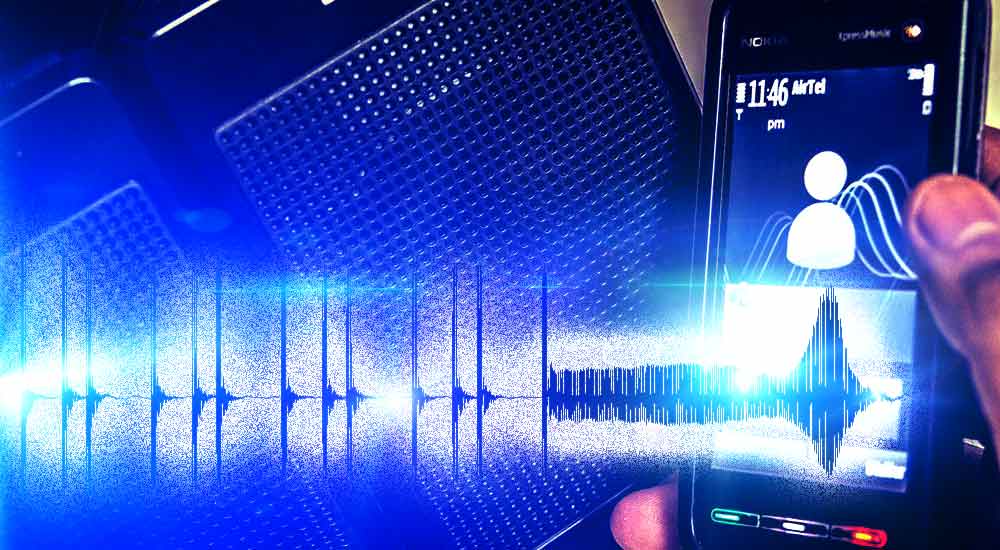 If you haven’t experienced such sounds, here is one for you:

This is that annoying sound that most of the GSM users experience around their computers or television systems, when receiving a call or dialing someone. The basic idea you could get from the burst sound you hear, is that the speaker produces it only when you are about to dial your friend or receive a call from our friend. To understand why this happens, let’s flash ourselves back, with the basic working procedure of a GSM network.

A GSM network usually comprises of several mobile phones sharing the same frequency channel, for cost effectiveness and limited bandwidth as well. In that limited available bandwidth, the tower has to handle all the data and voice calls efficiently. This handling is achieved by a channel accessing method called as TDMA (Time Division Multiple Access), which breaks one frequency into eight timeslots, one per user for every 4.615 milliseconds. It provides ‘one (the tower) to many (several mobile phones in the range) access,’ sharing the same GSM frequency channel.

As the TDMA frame is divided into eight timeslots, your data occupies only one allotted timeslot in one of those eight timeslots in a single 2G frequency. Then for the next uplink, you have to wait for another similar occurrence of the timeslot, which happens every 4.615 milliseconds. The same applies for the downlink too. So what does this TDMA frame has to do with the sharp sounds?

When you dial your friend’s number, there are quite a lot of things that is happening behind the screens before connecting with his phone. Seconds before the network establishes the connection, the communication tower that you are using, needs to identify and register your phone and allocate you a TDMA timeslot. To identify your phone with the network and request it to connect you with your friend, your phone sends a request to the local tower, beisdes the identification data through a special channel called as RACH (Random Control Channel). When the tower once identifies you, it grants you access and notifies your device via a downlink channel called as AGCH (Access Grant Channel), which sends the required data and assigns you a dedicated control channel called as SDCCH (Standalone Dedicated Control Channel). The access initialization bursts are uplinked from your phone at a relatively high power compared to the power used during the call.

Now, you might have got an idea why your speaker makes that click and buzz when you call someone. As the initialization happens at a higher power, the phone generates radio waves, which are nothing but electromagnetic oscillations at GSM uplink frequencies. This electromagnetic burst induces current in to the speaker coil and the circuits, spiking up the voltage at regular intervals as the RACH and AGCH establishes a SDCCH. This voltage spike is amplified by the amplifiers and that’s what we hear as that sound through the speakers.

Why the sound fades away after someone picks up the phone?

This is because, after establishing a successful registration with the tower, the mobile phone, as designed, regulates its power to conserve the battery by transmitting and receiving in the TDMA timeslot at the lowest power required to maintain a good signal.