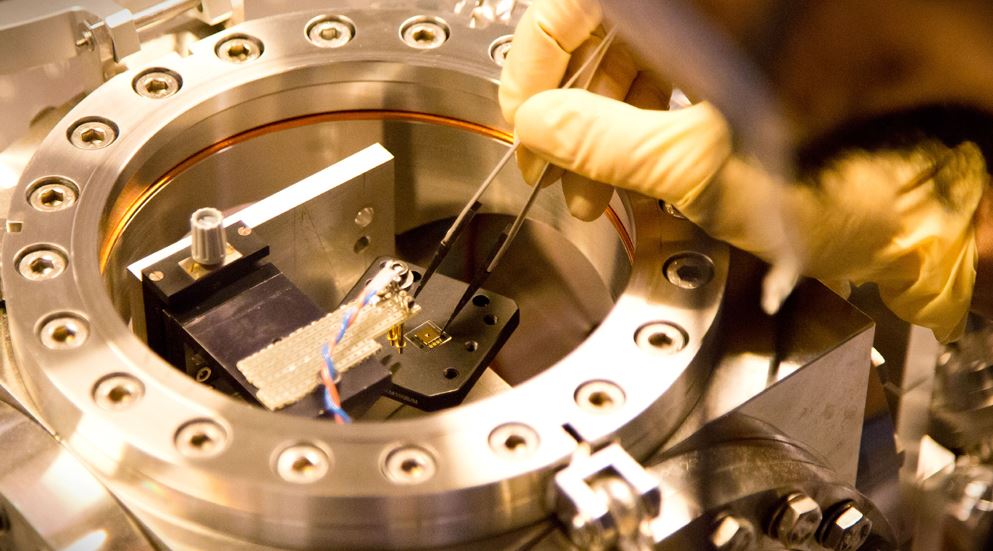 Precision and sensitivity of measurements in instruments is limited by the noise in the detector of that measuring instrument. A noise in the detector is introduced by heat, which causes electrons and atoms to move chaotically, causing imprecise measurements. Therefore, one of the approach to reduce noise in a detector is to cool down the device. Now, cooling it down to 5-10 Kelvin is pricy and still doesn’t reduce heat that could possibly justify the amount of bucks spent on it.

The incoming radio waves resonate with the antenna and induce a change in electrical signal, which is later transmitted down through a wire. Faint radio signals need an amplifier to boost them up, which also, of course, gives rise to noise. Considering the fact that the effect of noise needs to be reduced, and the cooling methods are a little embarrassment to our wallets, a team led by physicist Eugene Polzik at the University of Copenhagen’s Niels Bohr Institute has created a detector that turns the radio signals directly into signals that could be transmitted by fiber optics.

“We have developed a detector that does not need to be cooled down, but which can operate at room temperature and yet hardly has any thermal noise. The only noise that fundamentally remains is so-called quantum noise, which is the minimal fluctuations of the laser light itself,” explains Eugene Polzik, Professor and Head of the research center Quantop at the Niels Bohr Institute at the University of Copenhagen.

The complex interaction between a mechanical movement and optical radiation is referred to as Optomechanical method. The experimental setup consists of an antenna for receiving the incoming radio waves, a capacitor, and a laser beam. The capacitor is made of three layers. The lowermost layer is a chip where the positive and negative poles are, made of glass with aluminum layer. The nanomembrane is made of silicon nitrate coated with a thin layer of aluminum. The layers are separated by a distance in a range of micrometers. The radio wave signals produce fluctuations in the membrane and the signal can be read optically using a laser beam. As the membrane is enclosed in the vacuum chamber, the properties are retained in the laser as they eventually have no noise, and their photons are identical.

“This membrane is an extremely good oscillator and that is why it is so ultrasensitive. At room temperature, it works as effectively as if it was cooled down to minus 271 C and we are working to get it even closer to minus 273 degrees C, which is the absolute minimum. In addition, it is a huge advantage to use optical detection, as instead of using ordinary copper wires to transmit the signal, you can use fiber optic cables, where there is no energy loss,” explains Eugene Polzik.

According to him, this device could help astronomers to “look at the sky and try to catch the tiniest signals from the cosmic background radiation”.

With improvements, the device can also be used to deliver clearest MRI scan. Some of the other applications of this device include quantum cryptography, radio astronomy and quantum computing.