Robot That Can Predict And Prevent Crime: Knightscope K5

The privacy threat in the west has already crossed the threshold with the advent of Google Glass and private drones. We’ve got another robot here to join the war, besides some good features that could actually help communities to stay safe.

Depicted as R2D2’s evil twin, Knightscope’s K5 Autonomous Data Machine is yet to be revealed as an automated security robot, to prevent and predict crimes before it happens.

The 60 Inch high K5 robot weighs about 300 pounds and contains sensors like infrared, thermal imaging systems, a 360 degree omni-directional view. To sense people and objects, the robot is stuffed with RADAR and LIDAR. This helps the little tinman to find its way around the buildings and sense the position of people and objects around. 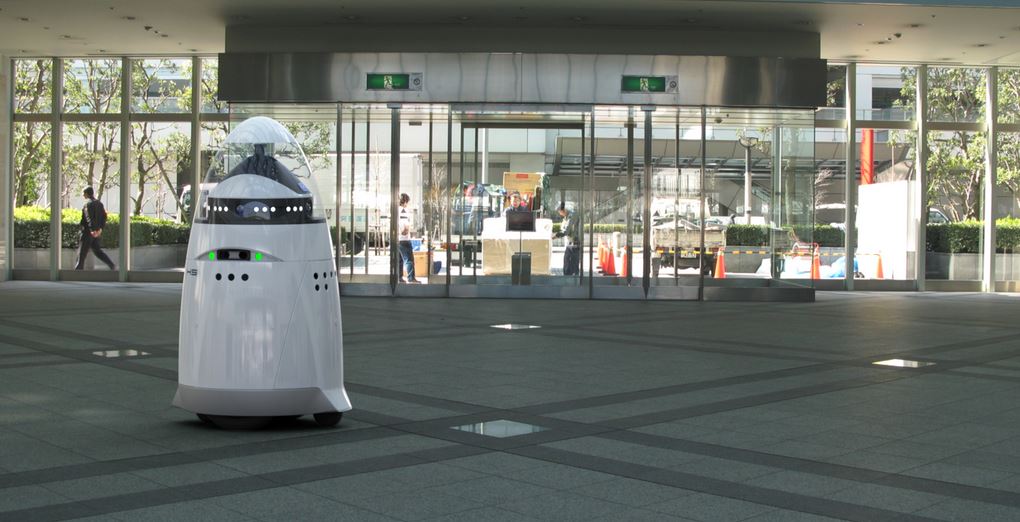 The privacy part is where all hell breaks loose. As glass is already stirring up agitations among the people concerned about privacy, this robot is subjected to such debate too. The promotional media hints why it could be banned in some places.

No one would like their number plates scanned or faces analyzed for possible threat. K5 automation system is housed with an OCR, which is capable of converting pictorial representation of letters into actual texts to compare it with a black list. This is a brilliant technology which could help find the stolen cars. But, when it comes to the busting part, the robot has to skim on all the cars in a parking lot to identify the stolen one, which means your plates will be scanned too. Also housing a camera and a microphone, it would definitely arouse privacy issues, especially at the public places, where the robots are mainly focused to work.

The robot is still a ‘work in progress’ technology which has its own good and the worst part for now. The bottom line is that this could not only be a good neighborhood watchman, but also a terminator that could exploit identities if hacked. While the beta release could sum up the analysis, I guess the robot is all set to join the privacy war besides glass. There is also a tiny yet comical issue when this robot finds its place in schools. The company worries that kids would tamper the robot, decorate him and doodle him for sure and obviously it will be the only toy for the whole school.