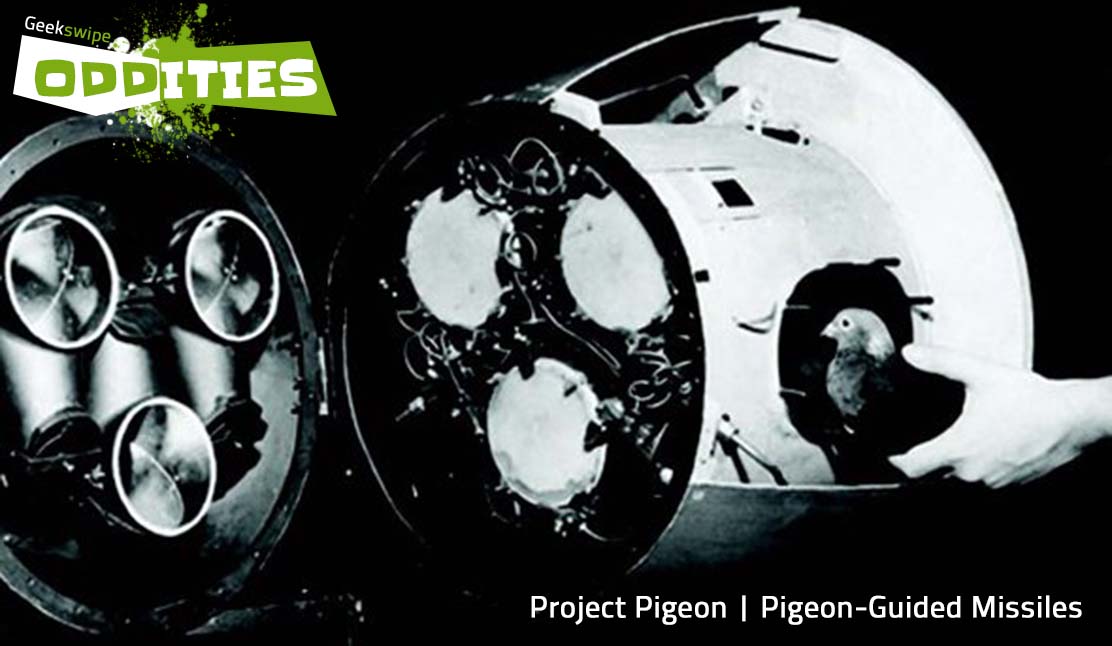 Pigeon guided what? Yeah! Pigeon-Guided Missiles! Early 40s weren’t so good for the allies. Thanks to the Japanese, the war tension was at its height. The U.S. Army’s desperate need for a guidance system for their missiles to take down the enemy warships influenced the famous American behavioral psychologist Burrhus Frederic Skinner to come up with the bizarre idea of using pigeons to guide missiles. More like a tiny version of the Japanese kamikaze project, except that the pigeons are partly lucky to skip the brutal kamikaze training.

Under the name ‘Project Pigeons’, Skinner used his method of operant conditioning to train the pigeons passively with positive reinforcements. The pigeon’s behavior was modified and trained by rewarding it positively (Food, of course, Food!) for pecking at the targets projected on the screens.

Later, with a successful military funding ($25,000), Skinner was able to plan out and demonstrate it in a lab with the images of warships as targets. The missile set up was similar to the conventional missiles at that time, except that the control system was modified for the pigeons. The pigeons were strapped inside the missile (as in the picture) with their lower body covered by a sock and their beak fitted with a metal conductor. In front of them were three lenses that projected the target image. The missile would stay in its path as long as the pigeon pecks the target at the center (as trained to). When the missile goes off course from the target, the resulting image would go off center too. As the pigeons were trained to peck the images of the target, it would track and peck the image that are projected on any of the three lenses off center. The aft fins are controlled by these pecks. The correction will be made correspondingly to the peck and the missile would then correct itself, bringing the image back to the center.

Lucky for the pigeons, the U.S. Army did not have faith in bird brains and hesitated to invest their bombs in them. They ultimately cancelled ‘Project Pigeon’ on October 8, 1944. It resurfaced again in 1948, as the Navy tried to resurrect the project as ‘Project Orcon’. But soon, with the advent of advanced guidance systems, pigeons were let free off the hook in 1953, and the project was closed permanently.

Hopefully, we have a tested backup plan for a cheaper guidance system.