Now You Can See Through Walls: WiTrack 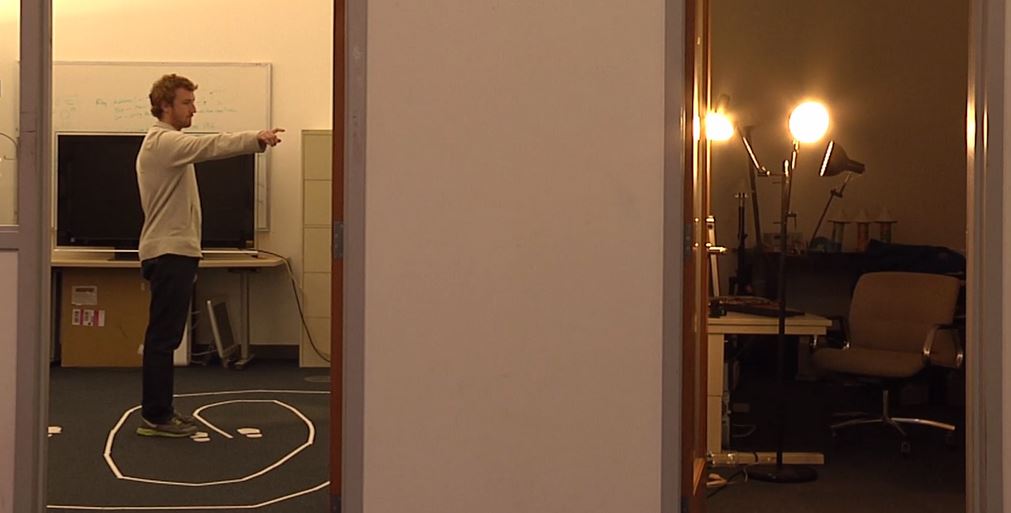 MIT now lets you to see through walls and track people on the other side of the wall using WiTrack. This WiTrack has its root from WiVi – a technology that already tried to see through walls using WiFi. Overcoming the problem of it’s inaccuracy, and with the help of its sources, the WiTrack team is successfully able track a human movement through the walls. WiTrack uses low-power radio signal that are 100 times smaller than WiFi and 1000 times smaller than the cellphone signal. By using a transmitter to emit this low-power radio signals, the other three receiver antennas are able to precisely locate the movement of a human through the walls with the help of their geometric model.

The team believes that WiTrack can turn a house into a virtual gaming realm when the gaming enterprises adapts to the technology in future. Currently, WiTrack is able to track one person and it helps to track elderly people without the need for any wearable tracking devices. The technology is still in the development phase as they hope to improve its tracking capabilities to multiple people in room, which would seed for a new virtual gaming technology unlike Kinect or Wii. Another cool feature about this technology is that one can control the household appliances remotely by pointing at the device’s location. It is also possible to control devices through the walls, which makes it easier for the absent minded (well… the lazy ones) people who usually forgets to turn off the lights when they leave the room.