The first look will easily fool your eyes and make it look like a 3D Microsoft Surface. Its a prototype which uses physical objects to create a 3D dimensional effect when images are projected over the objects in the air. This was displayed at the SIGGRAPH 2012 Expo. 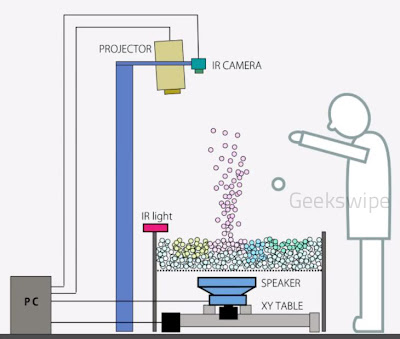 Yasushi Matoba, a PhD candidate has come up with SplashDispaly, a volumetric projection of images using projection beads. The configuration does it all. The display bed consists of finer foam beads, underneath it is a blower controlled by the speaker. The sound produced will make the beads to explode in a pattern, while the projectors mounted on the top and side would project images on it and produce the Z-axis effect as in the 3D displays. The users can interact with it by throwing objects on the screen bed. The image would be a stationary one if the beads are still. 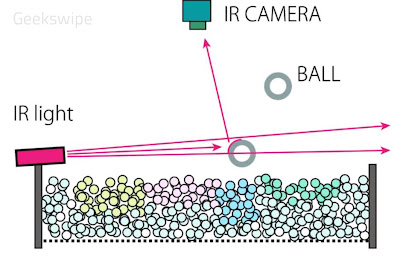 The following video is the demonstration of the prototype:

The distinct feature about this SplashDisplay is that the prototype is made from automobile parts. Matoba tells that he would replicate the Starwars type of hologram that R2D2 used to carry. The problem in that case would be the size of the beads. It ought to be tiny so that it can project such fine images over the beads. 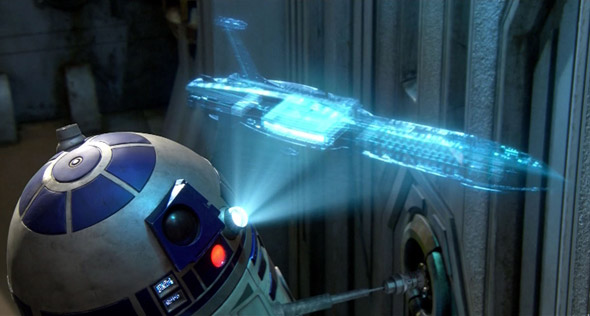