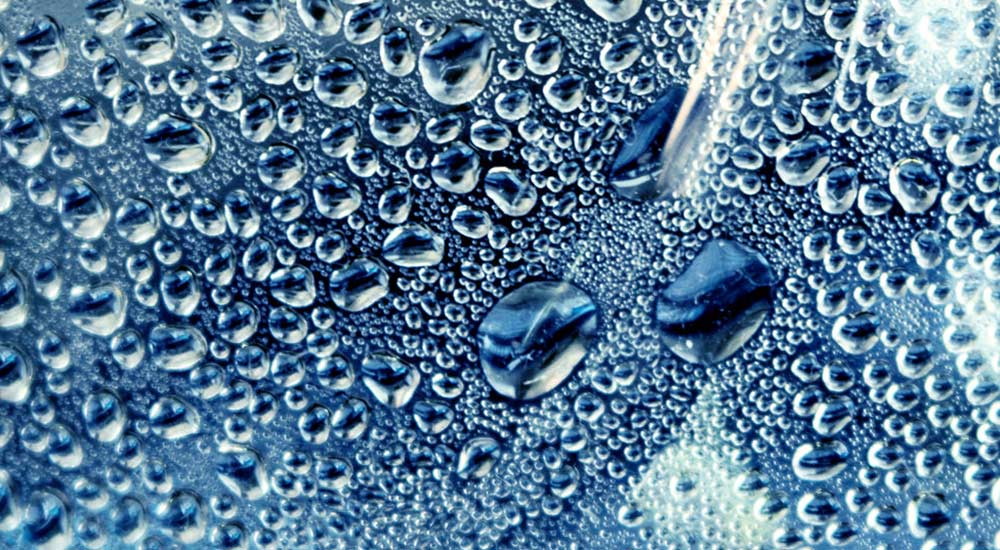 Warm air, as we all know, holds moisture better than the cold air. In favorable humidity and comfortable dew point, we can condense the air to extract the water from it. Most of the water generator use this basic method of condensation. Indeed, this process can be found in your dehumidifier, refrigerator, and air conditioners to a certain extent.

In a modern atmospheric water generation unit, the warm air is condensed using an evaporator system that absorbs the heat from it to vaporize the refrigerant. This is identical to the domestic air-conditioning systems. The only thing that’s different here is that the condensed air had to be directed to the collection tanks for further purification. Once it goes through all the filters, the result is the potable water that is extracted from the air by condensing it. Since the unit already uses a refrigerant cooling, this can also be used to control the temperature of the water. Call it a bonus feature!

This chemical process of water absorption is a clever use of hygroscopic materials and salts to suck all the moisture from the humid air. This is mostly applied in large-scale levels like the military or industrial units. Some plants also build towers for such water extraction. The operation is simple and energy efficient too.

The hygroscopic brine is placed at the top of the towers, where the humid air passes over it. Once the salts absorb enough moisture, they tunnel down the towers with the help of gravity to the vacuum chamber. Here is the clever part! The Vacuum does weird things to water. One of those is, lowering the boiling point of water and boiling it with less energy. Therefore, when the brine enters the vacuum chamber, the water in the brine boils and is collected separately as a vapor. Then it is condensed back to water and is purified. This repeats itself in a sustainable way to trap more moisture in and convert it to water in an efficient way. When solar panels or wind power is used, it would be the greenest water ever.

Currently, most of these atmospheric water generators are a bit pricey. They are also limited by many factors including the relative humidity of the air in the surroundings and the way the water is purified. If you would like to own one, it’s moderately easy to build one out of a dehumidifier unit and some water filters.

For survival times, the same process of condensation can help you make drinkable water from impure water. It’s usually called as solar stills.