DARPA is back with a filmy tech in their hand. This time its my tech… oops! Its Iron Man tech. Remember the first installment of IronMan where stark takes his revenge and saves the prisoners? Stark, identifies the hostile targets among the hostages and soon they are locked automatically by the computer (JARVIS), sensing his cognitive signals from his brain.

Now DARPA has released a similar technology to enhance the soldiers in the battlefield to identify and track their targets easily. The Cognitive Technology Threat Warning System uses a 120 Megapixel electro -optical video camera sensor with 120 degree field of view to identify the targets. 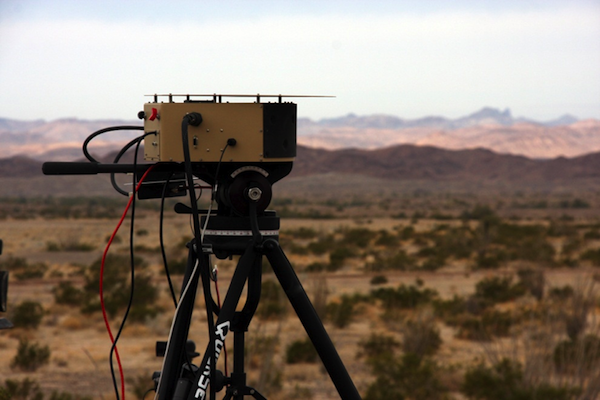 The soldier wears an EEG cap and this reads the change in his brain signals and then works along with the processing system and gives a direct feed of the environment. The accuracy rate was 91% with about 4 to 5 false alarms on the test run site. This can be made accurate (100%) with an additional usage of a military radar.