CIROS, a robot needs to share your kitchen with you. This piece of metal masterpiece is loaded with all the necessary skills to be your kitchen expert. CIROS is going to be your new kitchen assistant very soon. The korean robot by the Korean Institute of Science and Technology, features a stunning algorithm , which is optimised heavily in a supercomputer to bring out the best salad ever made by a robot. Besides the salad, CIROS can cook, serve, and do the rest of the kitchen works easily. The robot is capable of doing your dishes too; which probably makes the robot to be a best commercial product for the guys who hate doing their dishes. 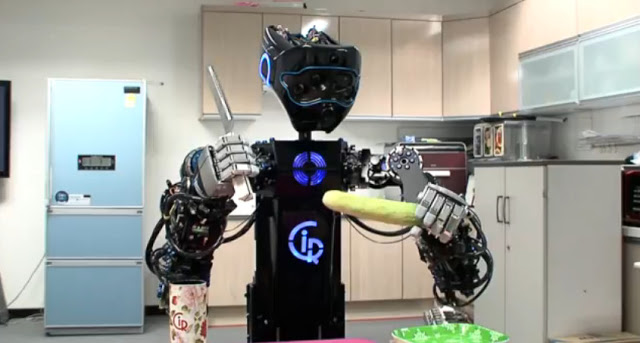 The robot has already attracted people worldwide with its skills exhibited in the previous versions of CIROS, as it identified the kitchen appliances required to perform tasks. It is very precise and accurate from mapping and identifying the refrigerator and choosing the correct drink required to serve. The below video shows the skills of the earlier version robot.

Now, the third version of the robot is much more skilled than the previous versions as you can see CIROS slicing cucumber and dressing the salad in the following video:

The build is very common with a stereoscopic cameras and a 3D IR sensor equipped in its head with an omni mobile system for the movement. It has a dextrous hands capable of holding the objects easily. CIROS is also capable of voice recognition with 12-piece microphone array. It has six ultrasonic sensors and laser rangefinders to avoid collisions. 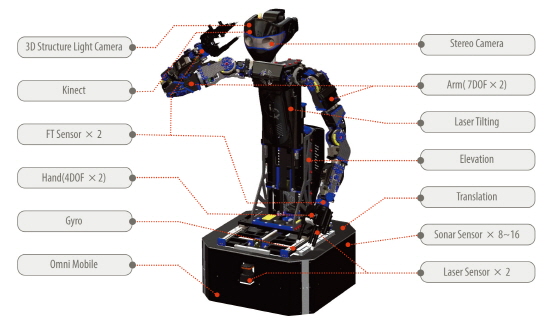 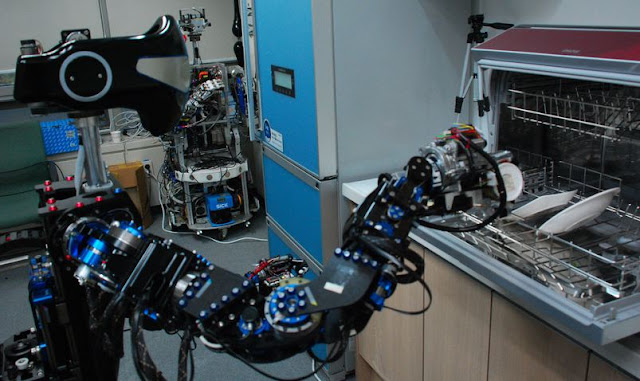 The institute has already teamed up with Samsung to build bipedal robots at their lab besides KIBO, an educational bipedal robot that teaches english lessons. KIST is planning to build an ultimate robot that can offer a complete service from preparing the food and serving it the robot style, which might take a few years.