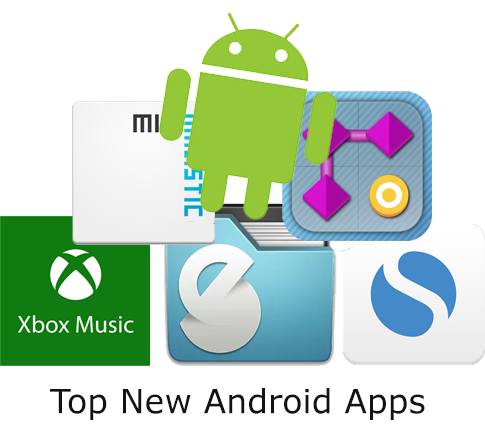 The giant behind the WordPress, Automattic has come up with this note taking app. If you are big fan of the live interface, this app will undeniably sweep you off your feet with its neat interface and minimalistic UX. Compared to other popular note taking apps, Simplenote is the leading cross platform available. Known for its super sync speeds and simple UI in its iOS world, the Android app released a few days ago promises the same experience. Apart from a few issues like, lack of customization, battery issues and lack of checklists, still the app captivates anyone with its interface. Automattic says that the app will be available for Mac and PC very soon. This app will evolve into a much bigger cross-platform note taking app in a few days. Download the app for free and give it a try, and be convinced by its simplicity. I bet the simple UI would charm you enough to keep it as your daily app. And don’t forget about the premium subscription that gives you a better reliable app. | Download

Sudoku with figures. Sudoku addicts would definitely go for this one. This app lets you play over 250 plus puzzles on 5 difficulty levels staged in 4 sizes. The highlighting factor about the app is that, the numbers are replaced with geometrical figures greased with a powerful and addictive responsive interface. The app also has an android leaderboards where you can publicize your skills. | Download

This is one of my favorite widget apps, with no big fancy items and show offs, as the name suggests. The app has its own pool of features ranging from customizable widgets to an ocean of features powered up with the pro version. The free version will play well for a neat and clean minimalistic home screen for any android device. | Download

This is the most awesome explorer I’ve ever seen, the sleek Interface and the awesome split screen for browsing comes in comfy at times and kills most of the search/browse time, with a simple drag and drop. The features include an FTP support, and lot other useful features like password protected bookmarking and archive supports. Though it’s a trial version, upgrading it to the paid version isn’t a bad idea. This application is worth for the money paid. | Download

This is more like a pocket, mini version of the minecraft. 2D explorers can get their hands dirty with this new arrival and climb through the leaderboards. With more positive reviews, this game could stand up for an exploration 2D style game for android. The free version is limited to the training sessions and it doesn’t save the game progress. If you get to like this game and want to be a miner master, you’ve got to spend a few bucks. | Download

Finally, the best new arrival! Xbox Music users on Android have finally got a moment to rejoice with the arrival of the app from Microsoft. With mixed reviews, the Xbox Music app has its own pros and cons. Users who already use Google music would be slightly disappointed with the performance as well as with the lack of offline play options. The happy news would be that, Xbox Music for Android is a non-windows app for itself and lest you use it with a smile, compensating the cons with some cool features like the simplest UI and search features compared to Google music. To add up, the music discovery is far better than Google music. Unfortunately, both the services aren’t available globally yet. Make sure if these app supports your territory before you download. | Download