How to Transform Your Android to the Windows Phone 8 Look 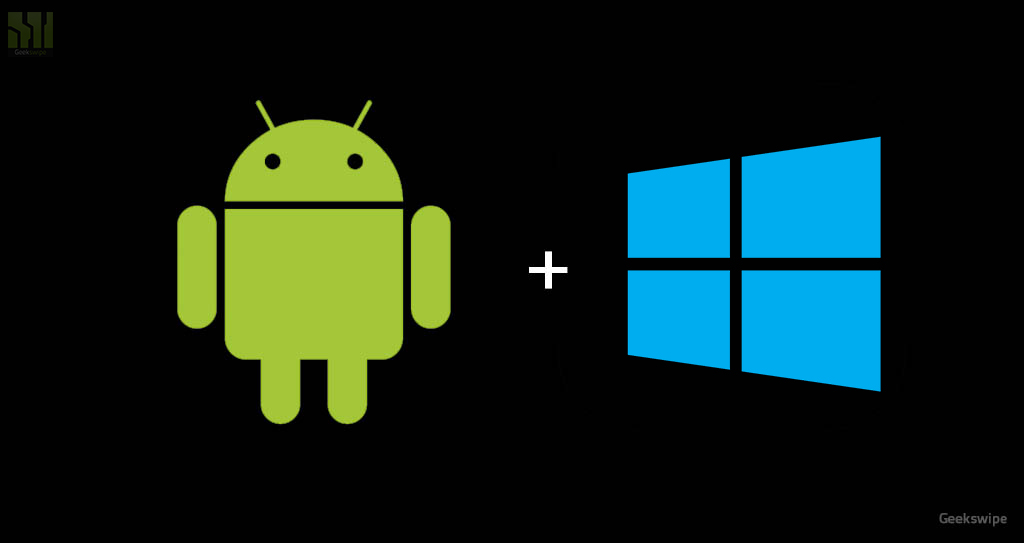 For the last few years, it’s the craze among the windows fanatics, about the windows metro UI. Tiles everywhere! Besides, Nokia LUMIA’s colorful workaround is pleasing the world. Honestly, as an android freak, I get addicted to the metro UI too. As a windows 8 user, I definitely wouldn’t miss the metro UI in my mobile. Still, I don’t want to lose the android’s power and the versatility of the play store. I definitely don’t want to make a new investment for a LUMIA again. Last time at Geekswipe, I showed you how to transform an android device into an ios7 painted device. How about transforming the android UI into windows 8 metro UI now?

However, there are ways to blend your android powerhouse device and Windows Phone 8 UI. Follow the steps and install the following apps to transform your devices with a WP 8 look. We have personally tested these apps in our devices to ensure proper transformation without any bugs or annoying ads.

First thing, we need to install the right launcher. Currently there are many launcher in play store, which gives windows phone look. We can even install a theme for Go Launcher Ex to look like windows phone 8. However, it won’t give you much of the windows 8 features. The following launcher from QiHang Dev Team gives the most pleasing touch to the launcher part.

Note: Notification feature should be activated manually. Follow these steps to activate it.

2. This will take you to accessibility screen. Accept the usual security notification.

Launcher 8 notification provides app notification on home screen only, so if you need the exact notification of WP 8 devices, install Metro Notifications. The same case as that of the previous app, the accessibility setting must be turned on to turn on the notifications for all the apps.

Windows phone’s phone book is entirely different from android; the closest thing we have is the WP7 Contact.  This app resembles the WP 8 phone book besides the dialer. The combo of the contacts with the launcher is almost perfect. And with this, we are half way through the android to windows phone 8 transformation.

Windows messaging is quite elegant with that gentle ‘zoom out’ and ‘zoom in’ UI. From outlook to the basic windows phones, this haunts anyone who uses it. Now its tweak time to migrate it to the android phone. I recommend Messaging Metro Beta, which packs in the effects of WP7, and closely resemble Windows Phone 8. 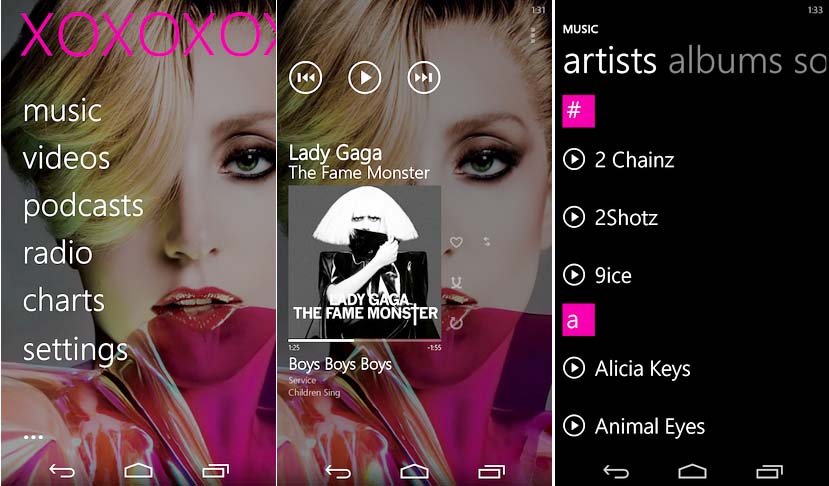 Zplayer is exactly designed with the metro UI, which provides easy and content driven style. There are both free and pro version available in the market. Pro version unlocks features and removes ads. Also, if you are a fan of Uber Music, install it and install its metro skin, which is available free in the market

Now, the final wrap up procedure. To complete the transformation and tie it with a red ribbon, we need to map the apps to the corresponding icons. This can be done right from the launcher. Long press the icons in the launcher to map these for the relevant app’s tiles. Once you map all the icons and the tiles. You are set with the transformation and you are free to explore some additional customization.

As most of the above-mentioned apps are at its development stage, please consider before you jump into a pro version. Also, if any issues found please report it to the concerned developers. Feel free to share any other windows phone transformation apps in the comments and let us know what you feel.

Similar Swipe:
How To Transform Your Android to The iOS 7 Look?