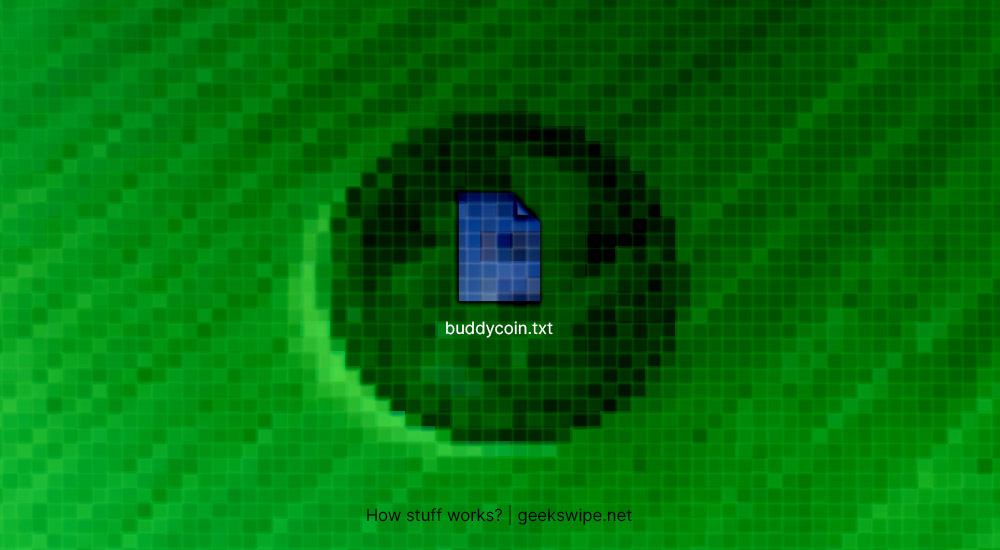 You can make up a digital file right now on your computer and call it a currency and use it to trade if a group of people agree to it. It’s that simple and that’s what digital currency is all about in a nutshell. But in this Geekswipe edition, let’s look at an example and explore how a digital currency work.

Let’s say you, Jane, are an inventor and you sell cool gadgets once in a while to your friends Pam and Diego. Pam’s cool too! She makes her own toothpaste and she sells it to you and Diego for a small price. And Diego is a geek as well and he fixes all your computers and gets paid for it too.

But you three find it a bit of hassle to run to the ATM or use the card every time you gotta pay. So you all decide to create a digital currency to easily pay each other without any intermediary bank or payment processor. You create a text file and call it buddycoin and set a value for it based on the real currency.

Now when you need to pay Pam, say 30 buddycoins, instead of sending the buddycoin file 30 times, you record the transaction as Jane sent Pam 30 buddycoins on Jan 1, 2009, in a paper or better in a neat tabulation like the one below. We’ll call this the ledger.

As a token of trust, you keep this ledger open and always accessible to all three of you.

But now Diego brings his colleague Sid into this system. He makes delicious sandwiches, but still, you can’t trust an outsider with this public ledger. What if he adds a false transaction that states Pam paid him 200 buddycoins? So as a method to authorise each transaction, you all come up to an agreement to append your signature per transaction.

But … signatures can be forged way easily. So to solve this, you move the tabulation to a spreadsheet on a computer. And instead of signing with your name or initials, you use a sign with a secret word every time you send buddycoins to someone. And this is not just any random secret word, but a word that’s taken from a book of words that is unique to you.

So now, If someone would want to fake a transaction, they will have to set a secret word in a way that the word must exist in the actual sender’s book of words when checked later. This way, even though the ledger is public, your buddycoin is forge proof. And also, by maintaining local copies of the ledger you can compare it for validation when needed.

And that’s how digital currencies like bitcoin work. If I get enough time in the upcoming weeks (got college stuff!), I’ll write an explainer on how cryptocurrencies work.