Difference between #!/bin/bash and #!/bin/sh 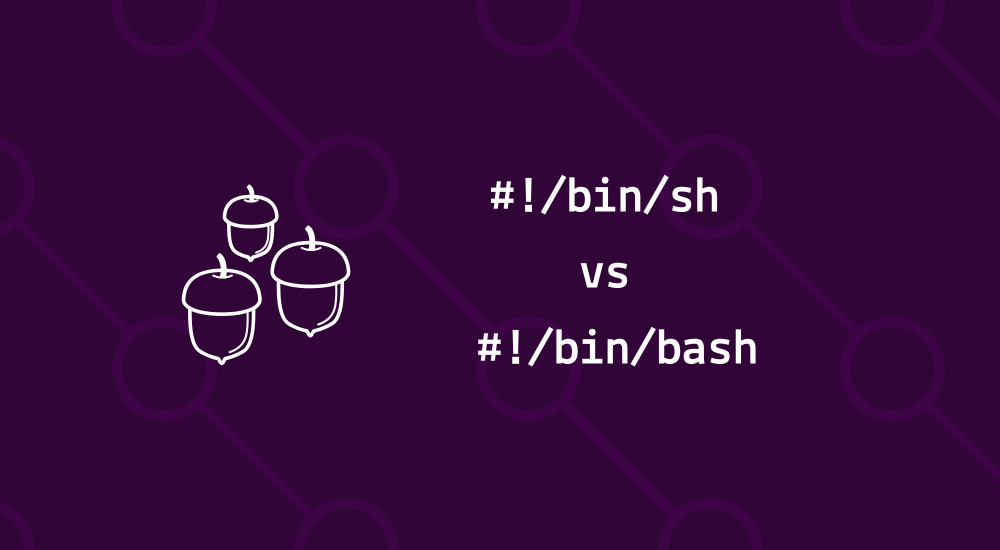 When configuring shell scripts, you would have come across directives like #!/bin/sh. This directive (also known as a shebang) is used to tell your *nix OS that the file is to be treated as an executable. In other words, treat any file with #!/bin/sh as a script and spawn the interpreter as mentioned.

A very common example of this is a python script file, where you might have used #!/usr/bin/python3. This spawns a Python interpreter for the scripts that use this shebang.

And chances are, you would’ve also noticed a few scripts with #!/bin/bash as well. How is bash different from sh? What about dash?

Both sh and bash are *nix shells. On Linux, there are multiple shells available and the most popular one is bash. The sh shebang would mostly be seen in older scripts that used the Bourne shell.

As most Linux OS use bash as their default shell these days, the shebang #!/bin/sh is set as a symbolic link to #!/bin/bash these days. In fact, the name ‘bash’ stands for ‘Bourne-Again Shell’, which is widely accepted as a replacement to the ‘Bourne Shell’ with better features.

Which shell is better to use?

It depends. If you are using features that are only available on bash you are better with !#/bin/bash. If you are distributing your shell scripts publicly, you can use !#/bin/sh as in most modern *nix operating systems, this will be a symbolic link to the default system shell. In Ubuntu, it defaults to bash.