BendDesk: All in One Multitouch Workstation

Poor man’s Surface? Name it what you like! These guys from the Media Computing Group and from the Department of Work and Cognitive Psychology of the RWTH Aachen University in Germany ( Malte Weiss, Simon Voelker, Jan Borchers, Christine Sutter ) call it ‘BendDesk’. 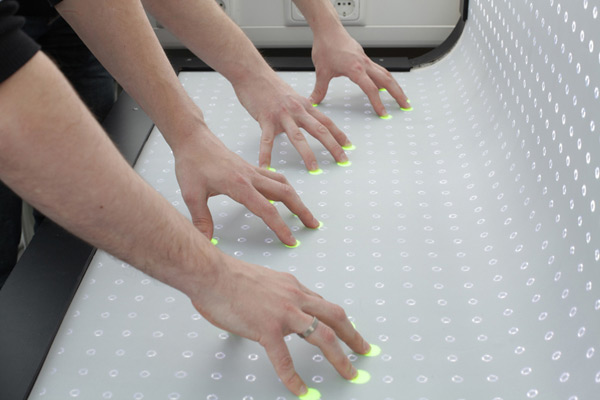 The multitouch workstation is still a prototype and the following video is the demonstration of the BendDesk. It shows that the desk is capable of mapping the touches of two different players in a multiouch game.

The BendDesk is a giant multitouch interface in which a workstation is built in it. The bend screen connected with the horizontal, allows you to view a wide array of media files with a better gestures from your touch than your regular computer. The images are projected by the means of two projectors mounted inside it besides 3 cameras and IR LEDs. 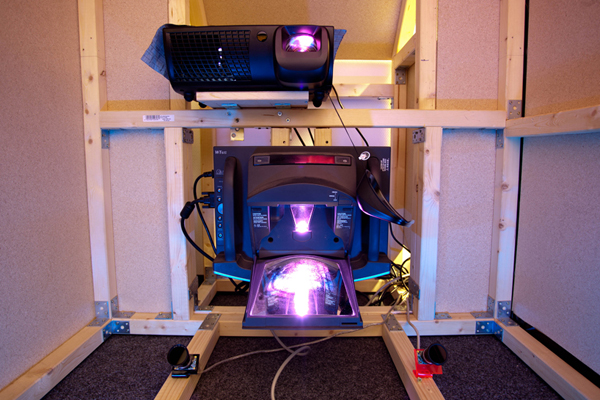