Why Does the International Space Station Vent Air out of Airlock? 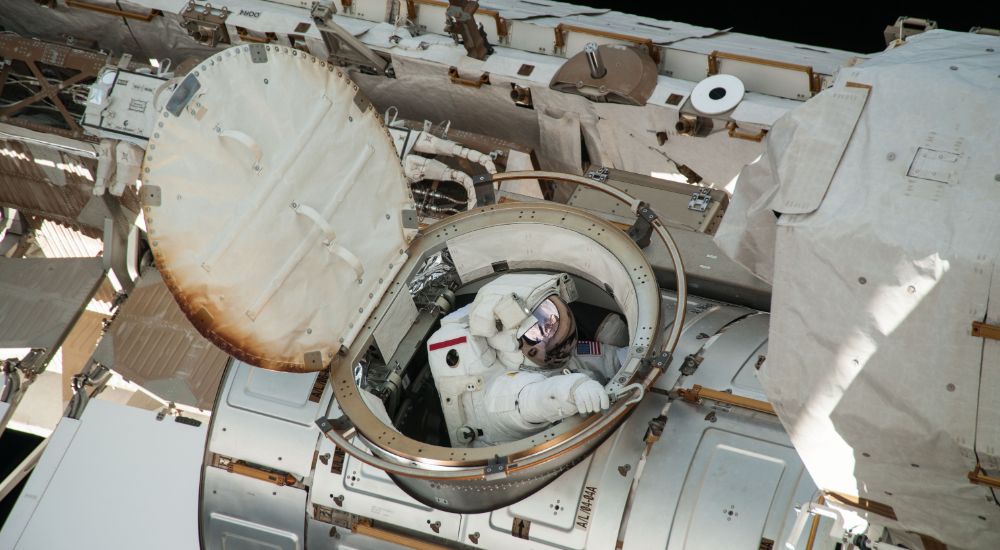 In the ISS, when the astronauts have to do an EVA, they would need to pass from the pressurised station environment into the near-vacuum outer space through a conduit we know as the airlock (Quest Joint Airlock).

It is in this compartment, controlled compression and decompression is carried out when entering and exiting the station respectively. But during the exiting decompression process, the decompressing pump stops around 13 kPa, and the remaining air, a critical and a valuable resource for the ISS crew, is vented into space.

In this Geekswipe edition, you’ll find out why the international space station cannot create a near-vacuum and rather dump the air out.

Creating near-vacuum is inefficient and hard

Ideally, when exiting the ‘crew lock’ part of the station’s airlock, the pressure inside should match the pressure outside the station—the pump in the airlock needs to create a near-vacuum in the range of 10–700 nPa. In other words 10-13 times that of the standard pressure on the surface of the earth, which is 100 kPa.

This is hard. Really hard. Why?

Once you pump out enough gas molecules out of a chamber beyond a certain limit, you’d need more than a pump—like a turbomolecular pump, or a cooling system to operate the chamber at a lower temperature—to suck out the rest of the gas molecules.

Practically, doing this takes time. Also, it complicates the design of the airlock module and adds up to the operational cost. So it’s rather faster and efficient to stop depressurization at a good 13 kPa and vent out the rest to achieve the required vacuum state.

How does the ISS compensate for the lost air?

The oxygen usually is replenished by electrolysis of recycled water, as a part of the station’s Environmental Control and Life Support System. In addition to that, the lost air is also compensated with additional unmanned cargo resupply missions that transport water, oxygen, and sometimes hydrogen.[1]