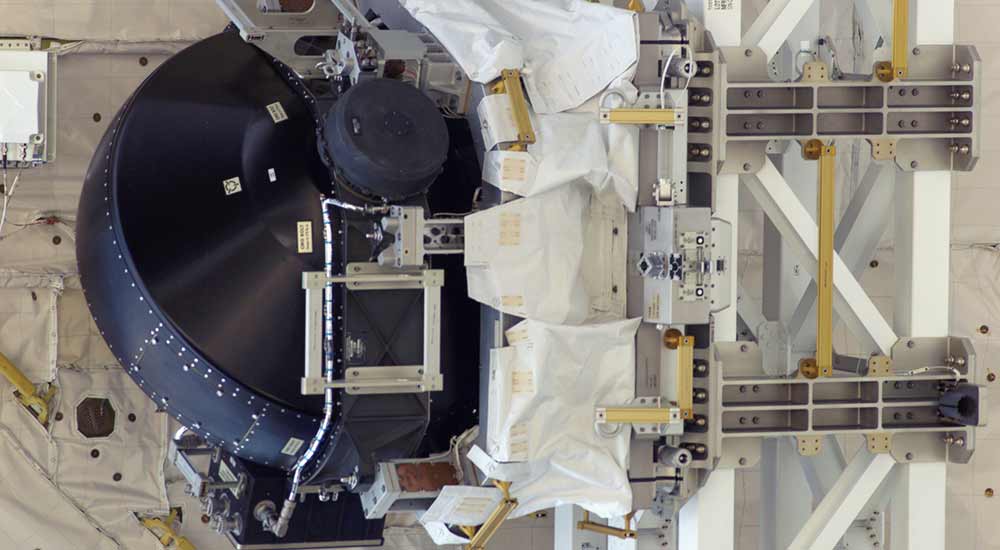 Wrapping your head around how gyroscopes work, let’s explore how conservation of angular momentum can be applied to solve some of the greatest real world problems. There is always a room for such interesting things and issues in a spacecraft. Controlling one in the inertial space is quite a challenge. As you don’t have an atmosphere to depend on or propellants at your disposal to burn, you have to rely mostly on your solar power. So that brings us to some intriguing systems like the reaction wheels and Control Moment Gyroscopes, which apply the fundamental principle of conservation of angular momentum to control the attitude of the spacecraft with only electrical power.

Just like every action on a stationary or moving object has an equal and opposite reaction force, in a rotational system every torque on a rotating mass has an equal and opposite reaction torque exerted on the system. On a spacecraft, the reaction wheels do the same thing. They are there to exert a counter torque about an axis. How do they do it? They spin with the help of an electric motor!

The reaction wheels are usually placed orthogonal to each other on the spacecraft. Here is a general illustration of how they could be placed. 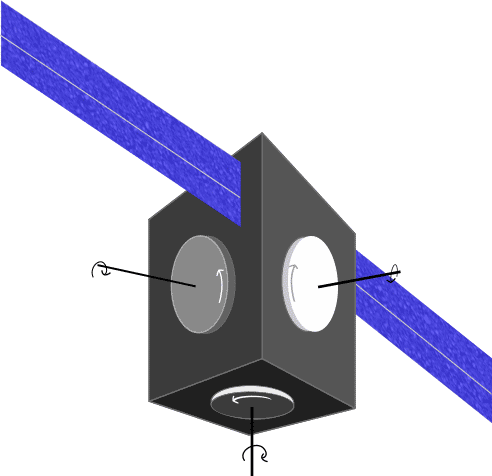 So if the spacecraft needs to be turned clockwise along the y-axis, the flywheel at the bottom will be spun in the anticlockwise direction by a torque applied from the motor. As it reaches a certain angular velocity, the wheel gains an angular momentum –L (anticlockwise spin). To conserve the total angular momentum of the whole system, which is zero, the flywheel exerts the same amount of torque about the same axis, but in the opposite direction to rotate the entire spacecraft with angular momentum L (clockwise spin). To stop at a certain orientation, the motor is turned off and the reaction wheels are stopped.

The problem with reaction wheels is that it doesn’t work well with larger spacecraft. A reaction wheel has to spin so fast as the mass (moment of Inertia) of the spacecraft increases. In the case of massive objects like the International Space Station, the gyroscopic effects from the control moment gyros (as shown in the featured image) are preferred to control the spacecraft.

Unlike reaction wheels, the CMGs already have an initial angular momentum in it, which is controlled by the primary motor. The spacecraft is balanced by another CMG in the opposite direction, orthogonal to each other. Besides this, the internal setup is quite different from a reaction wheel too. The flywheel of a CMG will be inside a gimbal mount, free to be rotated about an axis. When a secondary motor is attached to that gimbal axis, one can apply torque to the spinning flywheel at a different axis.

So when the spacecraft needs to be re-oriented to a new attitude, the secondary motors applies torque and change the axis of rotation of the flywheel. The gyroscopic effect kicks in and applies a torque on the spacecraft at ninety degrees equal to the torques acting on the gyroscope.

Most spacecraft are usually equipped with four CMGs or reaction wheels based on the mission. These electrically controlled systems are preferred in case of minimal corrections and attitude holds, because they provide a better and efficient attitude control compared to the Reaction Control System (RCS) thrusters, which work on expelling fuel. But it doesn’t mean that the RCS aren’t needed. They are as crucial as the rest of the system.

When external torques try to change the spacecraft’s orientation, the attitude control system would try to control the disturbances by applying a counter torque by spinning the flywheel faster, or by turning the CMGs to a certain degree. But, both have its limitations and they cannot exceed their limits. They become saturated (attain maximum angular momentum) when there is an external force from, say a radiation pressure differential, or cabin activities and similar factors. At such times, RCS provides the necessary torque to correct for the external torques and bring back the spacecraft to its desired orientation. It then helps to reduce the angular momentum (momentum dump) on the attitude control systems too.

Now go launch some satellites in Kerbal Space Program and test it out. Though the reaction wheels in KSP are way too powerful, you could still get the gist of it by launching your own satellite with reaction wheels. Something like this. 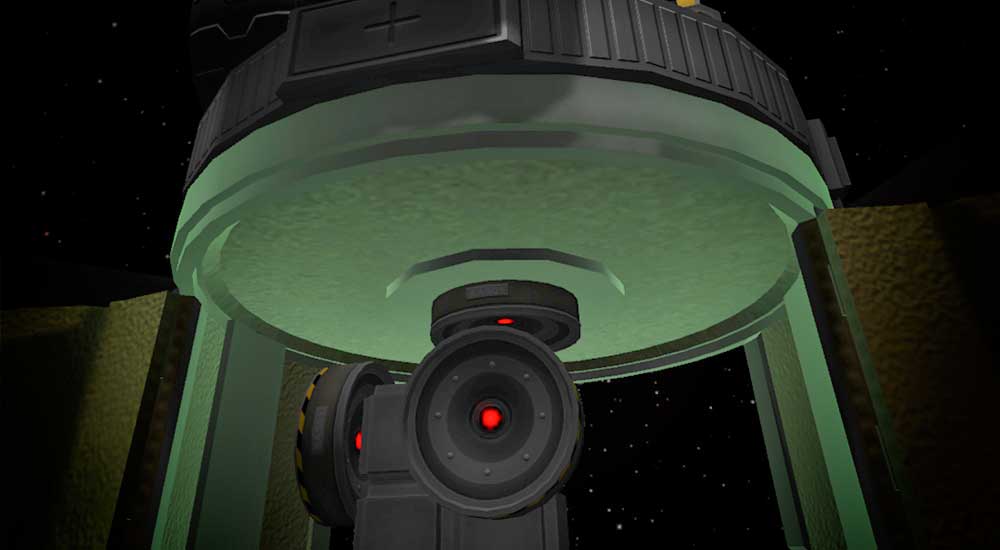 Strictly speaking, this is how reaction wheels are supposed to be mounted in a real-world satellite. This is an overkill in KSP as a single reaction wheel in the game can give you the control for all three axes! How? Kerbal black magic!