Airplane Mode – Do You Really Need to Turn off Your Phone in an Airplane? 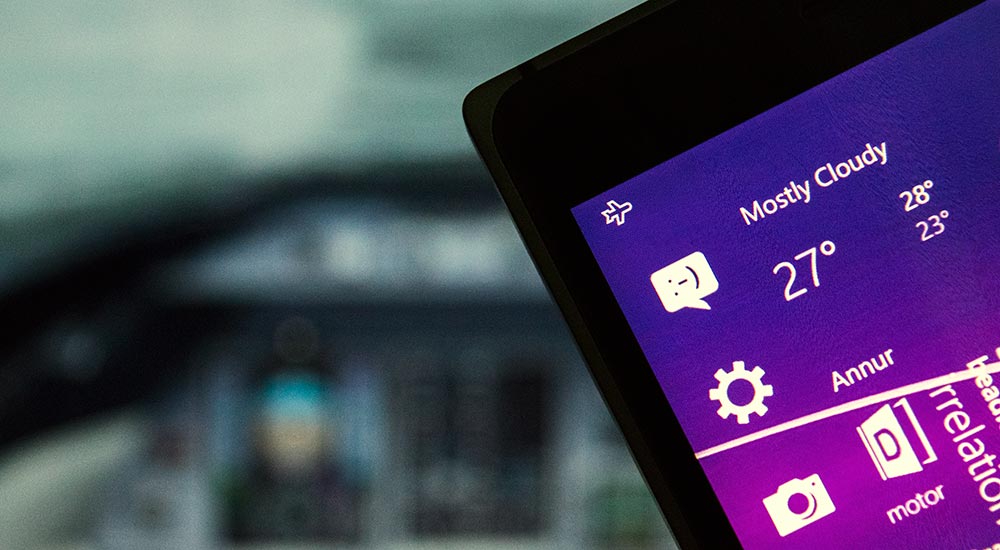 Ever wondered why would airliners ask you to turn off your mobile phones and laptops in a plane? Why there is a special mode just for the airplanes? Can you turn off an airplane mode in-flight? In this edition of Geekswipe, explore the risks of using your cellular phones in an aircraft.

If you strip off a cockpit and follow the rabbit hole, you would end up listing hundreds of electronic items. And chances are, you would find many types of equipment that are old and would probably only qualify the EMI susceptibility tests that were conducted in the 90s. The problem with this is that these old tests don’t account for high energy radio frequencies from the cellular phones, which weren’t popular in the 90s.

So any portable electronic devices have the potential to interfere with the aircraft systems, including critical avionics, and cause them to malfunction. Multiple tests and studies[1] with phones onboard aircraft confirm the same.

One of the popular incidents was when a portable DVD player of a passenger affected the dials of the Radio Magnetic Indicator of an aircraft. And more recently, a Boeing 737 had issues with its ACARS that was resolved when passengers were requested to turn off their electronic devices.[2]

As mentioned earlier, back in the days, handheld electronic devices were not that common. Only in the past two decades, we have seen the burgeoning invasion of smartphones and laptops.

So economically, it was easy for the regulatory bodies like DGCA and FAA to blanket ban all electronic items in-flight rather than to overhaul the avionics and re-shield all the old electronics.

You are on Earth, moving in a car, and you are on call with someone over the phone. In the background, little known to you, your phone will be constantly pinging all the nearby towers for signals as you move. And once you move far away from your current network cell, your call will be transferred to a different channel. This is called a network handover.

A network communication tower has an average cell radius of 5 to 10 km based on the geography. When your GSM call gets out of the limited cell range of the active tower, the signal will then be handed over to the next available base station’s cell that you are approaching. But overall, for a car that travels at 80 to 100 km/h, this handover is usually smooth and pre-processed for you with no service disruption, and okay for the network operator with minimal processing.

But airplanes travel close to the speed of sound. The average speed of an airliner is around 800 to 900 km/h. That is 250 meters per second. So if you are on a call (if you are lucky enough to get a signal up there in the first place), from inside an airplane at this speed the handover event would be happening all the time. The rate of handover process for the network carrier is not economical at all, as they have to constantly process you from different areas to keep up with your call. Not to mention the quality of the call itself due to the frequently done hard handovers.

So it is not a surprise if telecommunication companies lobby the regulatory bodies, encouraging them to ban in-flight cell phone usage. And there is another theory that the in-flight phone companies might have some influence on them too.

Airplane mode and the current status

Inside the confinement of the metal tube that is high up in the air, along with 200 humans who would be buried in their screens, all their phones would be operating at their maximum rating, trying to search for signals––even when they are on standby.

Now if you take the electronic components in the avionics, most of them, especially if they are old, they won’t be shielded for that much radiation, which could also be strengthened by the fuselage.

But during the critical phases of an aircraft, i.e. take-off, approach, and landing, you must turn off your electronics and disconnect any in-seat power units. And this applies for the flight crew too.