Black Hornet Nano: The Tiny Drones of The Battlefield 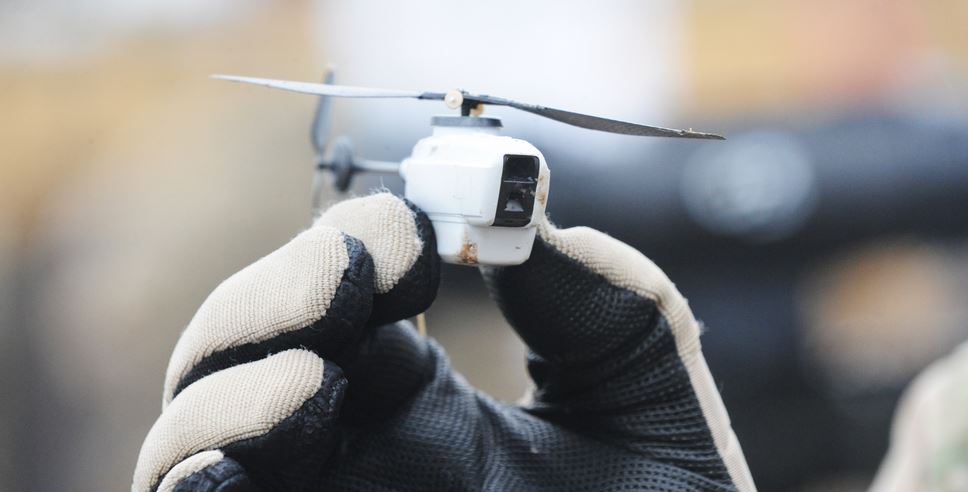 Serving the British Army, this tiny UAV is a new breed of Unmanned Aerial Vehicles to be used in the battlefield. The larger a reconnaissance drone is the higher is the risk of blowing a soldier’s location or warning the enemy about the surveillance. This 16 gram tiny copter is going to be the eye in the sky of a soldier soon. Experimentally tested, the British soldiers in Afghanistan have shown a great deal of interest in using this and they vouch for the Black Hornet’s simplicity and ease of use.

Carried along with its 1.3 Kilogram waterproof kit, is a recharging dock, a mobile device of 7 inch screen and a remote control. The endurance of the UAV is up to 25 minutes and the range ends within 1200 meters with its limited battery. The experimental Black Hornets lack night time vision as there is no available FLIR Camera to fit its tiny size. They are so silent and can access complicated places in the battlefield, which is an important necessity for soldiers suspecting an ambush during combat missions.