Why Honeycomb Cells Are Built Hexagonally? 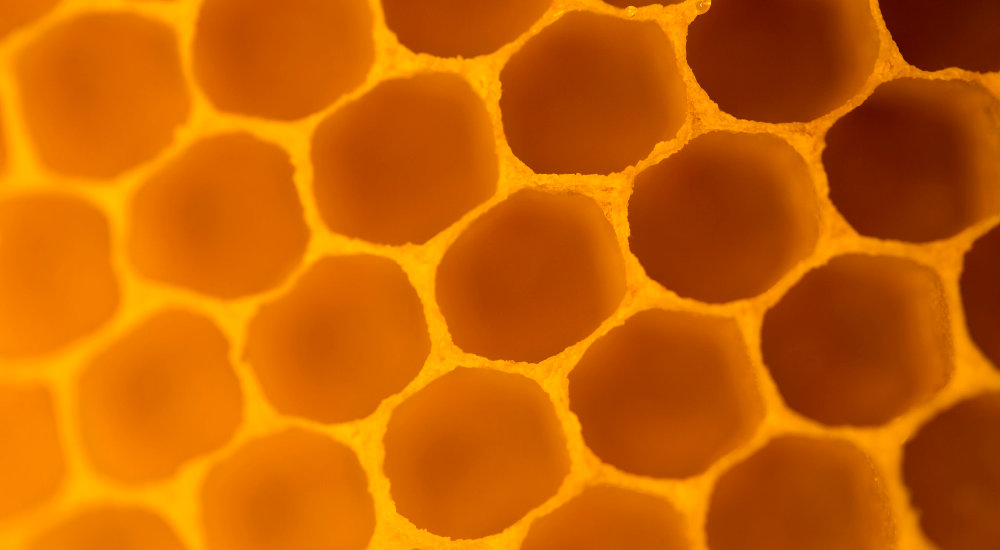 Photo by Silke Baron | CC BY

The impeccable hexagonal structure of the beehive is believed to be an intelligent design of geometric efficiency from the bees. At least, for thousands of years, that’s what we believed. Many theories on how the bees could build hexagonal honeycombs had converged to the idea that the bees have it in their genes to distinguish different geometrical structure and choose the efficient design, a hexagon, which uses less of their beeswax and hold up less structural space in the beehive. But, is this idea true?

Well, not exactly! The experimental observations of the Chinese and the European researchers had shed some light on this hexagon mystery and probably could end the debate once and for all. In the Agriculture Research Academy in Beijing, the researchers, B. L. Karihaloo, K. Zhang and J. Wang, observed an Italian species of the bees closely, as they built their honeycomb. The published results clearly explains that the bees start their honeycombs circular and eventually it turns up into hexagons due to the application of heat to the beeswax.

The following pictures are taken from the observational report of the experimentation.

(a) The initial circular cell. (b) The final hexagonal shape of the cell.

As shown in picture (a) the bees start to build their cell in a circular shape. The next picture (b) shows the final shape of the honeycomb structure after two days from the first picture was taken. Though this transformation is closely observed, the scenarios of how and why the bees would melt the beeswax to turn the circular structure into a hexagonal one are not explained. According to the observations, only two scenarios could be possible in this case.

In this scenario, the bees heat the walls of the existing structure only at the corners where the cells touch. At this point, the wax penetrates the wall and flows like a lava into the triple joint, as shown in the picture below.

(a) The triple junction with the molten wax (black). (b) Molten wax forming a bridge with a concave meniscus between the walls.

When you look at the magnified picture (b), you could see that molten beeswax forming a bridge connecting the two walls. This concave meniscus exerts negative pressure on the adjoining walls due to the surface tension. This negative pressure stretches the walls to fuse together. And as time progresses, this process repeats and stops only when all the walls are stretched enough and fused together at all the six such points, which leads to the hexagon formation. And finally a honeycomb, when repeated in other individual cells.

This scenario assumes that the bees don’t particularly heat the wax at the junctions but uniformly throughout the walls. While this scenario seemed so faster than the previous scenario, both the scenarios could either be playing one on one or individually.

This particular research could be more promising if the change in the radii of the cells could be measured and compared against a theoretical model based on the above two scenarios.

Anyway, this observation tells us a lot about the construction of the honeycomb and its hexagon shape. While bees may not be mathematical geniuses, at least they are geniuses in a lot different ways.