Why Don’t Ants Get Hurt When They Fall from Heights? 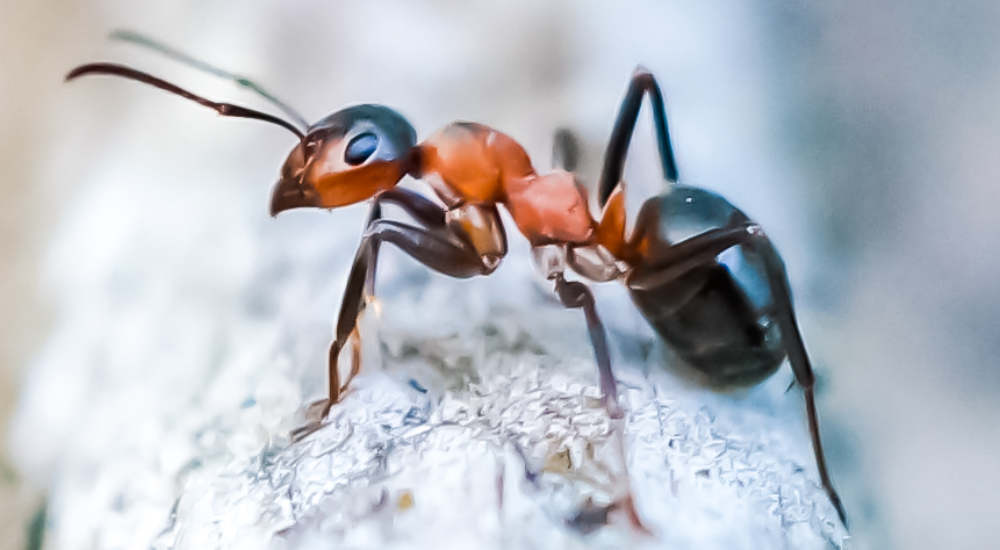 Photo by Maceij Forc | CC BY

Ever wondered why ants are not injured when you blow them off your cookies? It is because they are so small that they wouldn’t even realize that something traumatic ever happened to them (although, they do die when you crush them). But to understand why it is so, we may have to do the same tests on humans and some really big animals.

Let’s say, we take a 6 feet tall guy and increase him to twice his height. You will now have a 12 feet guy with a heart eight times larger in volume and four times stronger than the heart that his 6 feet tall body used to have. The heart will be forced to pump the relative increase in the blood through the circulatory system, which is now eight times larger in volume. Repeating the model for other organs, they will be larger in volume by a factor of eight and only four times larger in the cross-sectional area, i.e. the surface area. This increases his overall mass. On earth, this means greater weight. With greater weight, comes greater terminal velocity. And when you push this 12 feet guy from a ledge, the terminal velocity will break his leg for sure.

This clearly shows how volume increases at a faster rate than the cross-sectional area. Galileo Galilei, who observed this in 1638, described that when the shape of any object grows, its volume grows faster than its surface area. This simple mathematical observation is called as the square-cube law.

Square–cube law ends lethal for humongous animals. When you take elephants, for example, they could easily break their leg simply by tripping over a wooden log. This is because of the fact that they have a larger mass. All those huge chunks of muscles in their limbs add up a lot to their overall mass and obviously when dropped from a considerable height, the terminal velocity would definitely hurt the animal (and the earth).

Ants! It doesn’t get hurt when it jumps down from your bookshelf or even from a cliff. When compared to elephants, they have a very tiny mass, and their ratio between their area and volume is too small. When the ant is falling downwards under the influence of gravity (downward force), the air resistance induces drag (upward force), and it balances the weight. It simply means that the ant has a very low terminal velocity. This is because of the fact that the surface area of the ant is not that small when compared to its tiny volume and gravity doesn’t play a lot in its fall.

Divide an animal’s length, breadth, and height each by ten; its weight is reduced to a thousandth, but its surface only a hundredth. So the resistance to falling, in the case of the small animal is relatively ten times greater than the force driving them.

Now that you know that blowing the ants off isn’t going to help you avenge the cookie it devoured try sharing it with them next time. When ants take over the world, they might spare you!