Why Does Microwaving a Grape Produce Plasma? 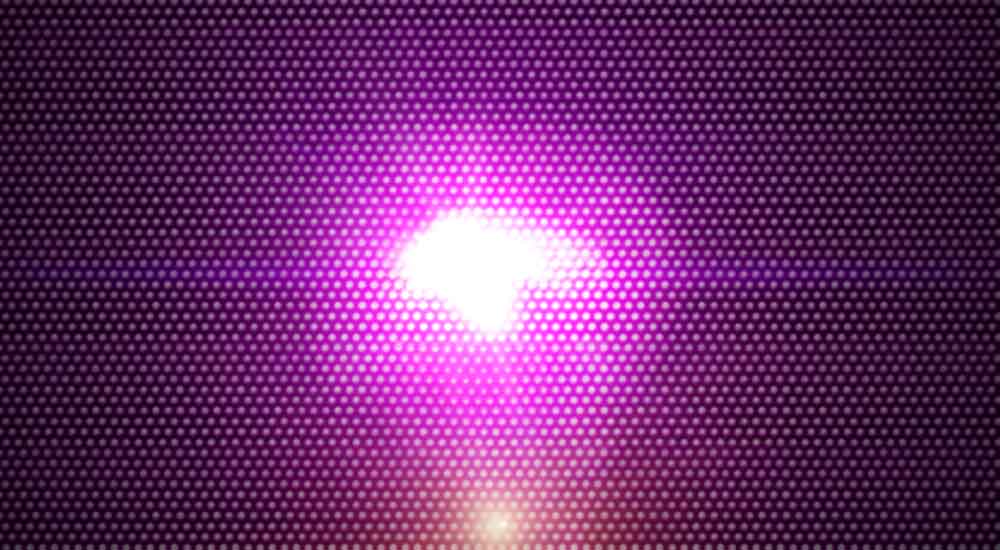 When a grape is cut in half except for its peel, and placed inside the microwave oven and microwaved for a few seconds, a plasma discharge occurs between those two pieces and under certain conditions, the plasma could be sustained. This is one observation that you might not have observed before unless you felt bored enough to microwave a grape. So why would a grape cut in half produce plasma inside a microwave and what actually happens in that grape?

Plasma, as we know, is a state of matter where the molecules in the hot gas breakdown into ions due to very high temperature mostly caused by a strong electromagnetic field. In our little grape experiment, the electromagnetic field is produced by the microwave oven in the form of microwaves.

How to do that?

The grape has to be cut in two halves to its skin, where it just barely connects the two parts. A typical piece of grape about 1.5 cm to 2 cm lies inside the wavelength of the microwave (1 m to 0.1 cm), when placed inside the oven. When you switch on the microwave for about 10 to 20 seconds, you would see a plasma arc rising to the top of the microwave.

What happens inside the microwave oven?

Here is what exactly happens when you turn on the microwave. The microwave is generated and reflected back and forth inside the oven, concentrating the microwave energy towards the grape. The grape now acts like a small dipole antenna (with a very thin skin between the two halves of the grape), as it lies inside the wavelength of the microwave. Due to this dipole ‘grapetenna’s’ concentration of the electromagnetic waves, the electrons are forced back and forth through the narrow skin from one-half of the grape to the other (just like the dipole antenna). When the electrons are pushed back and forth through the narrow thin skin due to the electric field, it heats up and burns the skin due to the resistance. Also, this movement is so rapid at high temperature and it causes the electrons to be knocked off from the molecules, forming the electron-ion cloud. As the temperature increases, plasma is formed.

Besides, the grape juice is rich in electrolytes. This increases the ion concentration at the thin skin junction, which also aids in heating up itself, thus adding more ions in the process. The plasma continues to sustain as long as the energy is transferred back to the surrounding gas by releasing heat and light, as the free electrons recombine to form gases again.

You can also sustain the plasma by covering the grape with a glass cup or container. Several other objects like a candle, a matchstick or berries can also be used to produce plasma, but you will probably end up with a messy disaster. So please don’t try this anywhere.

Note: Do not attempt to do this experiment at home or anywhere. If you are too curious, do it with proper safety precautions and supervision. As the plasma produces toxic gases like Ozone, I advise you to do it in an aerated space with proper ventilation.