Why Does a Bike Lean in a Turn? 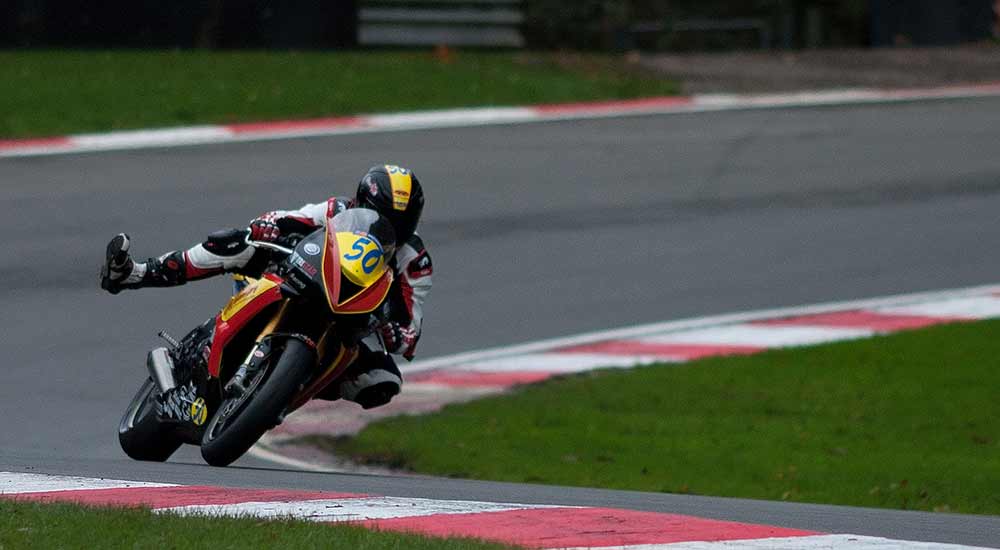 Photo by David Rosen | CC BY

When a professional racer approaches a steep turn, he/she leans almost to the ground to make the turn. Have you ever tried to analyze the physics behind this? Why is it so important for a bike to lean so much in a turn? Does a normal bike lean in a turn? Following the exploration of gyroscopes, here is another intuitive explanation of wheels in action.

Whenever a bike takes a sharp turn, the linear motion changes to an angular motion. Which simply means that the velocity of the bike changes. In addition to these changes, the friction in the wheel pulls it inwards the center of the curve. We call this force as a centripetal force. Due to the presence of this inward force, things could happen depending on the orientation of the bike. So let us consider two cases. One where the bike doesn’t lean and the other where it leans.

When the biker turns the bike without any countersteering (we’ll see this later), or without any lean, the inward force due to friction (centripetal force), will create a torque at the bike’s center of gravity, acting outwards the curve. This will cause the bike and the rider to tip over. Besides this torque, there will be an additional torque due to gravity as the bike tips over. The result is a horrible crash. 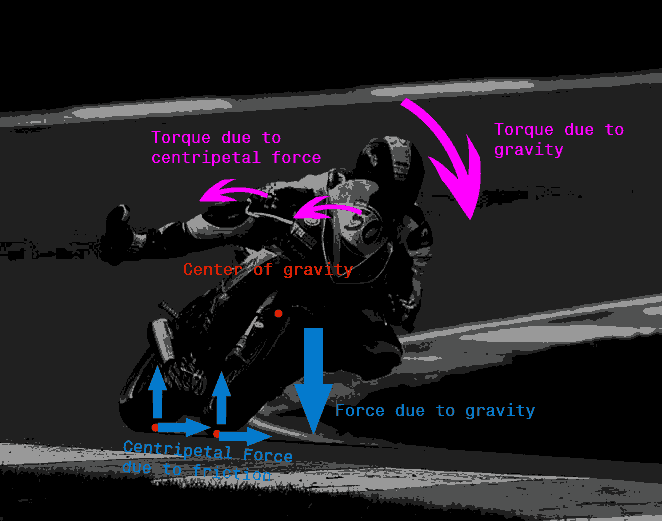 Despite the Road Rash inspired kick, this is a proper turn.

When the biker leans inwards the curve, as he turns, there will be an inward torque due to gravity. This torque, depending on the angle of lean, will balance the outward torque created by the centripetal force. As far as the biker balances the two torques throughout the curve, he will make a proper and stable turn.

A biker who is about to make a sharp turn often uses the advantage of the gyroscopic effects. However, it is incorrect to assume that gyroscopic effects play a major role in the dynamics of a stable bike. Yet it plays a significant role in countersteering. Countersteering is a process involved in initiating the lean required to make the turn.

If the rider wants to turn left, he would want to lean left to make the turn. To initiate this leftward lean, counter-intuitively, one should slightly turn the handle to the right. This steers the front wheel to the right. Moment of Inertia and other factors like the center of gravity of the handle and the gyroscopic effects of the wheel come into play and start the lean process towards the left. Besides moment of Inertia, the gyroscopic precession due to that right nudge (not a significant amount though) assists the lean. However, as the lean increases, the torque due to the lean will be exerted on the front wheel too. Now a significant part of the gyroscopic effect comes into play and tends to steer the wheel left. If you have no idea why this happens or if you feel this little counter intuitive to understand, read this explanation on how gyroscopes work.

Along with this gyroscopic precession, the biker also stabilizes the handlebar to the left. In addition to all the torques and centripetal force discussed above, assisting one another, the bike tends to keep its constant lean angle and the stable turn, as long as there is a controlled velocity with enough friction between the tires and the asphalt. If you lose either of it, the bike would skid. Therefore, leaning in a turn is important. From this, we can also infer that the maximum lean angle of a bike is primarily dependent on the friction of the wheels and the speed of the bike.

I hope that the next time when you are on the road, you will remember this physics when you unintentionally countersteer and lean. Yes! You have been doing this ever since you learned to ride bikes.