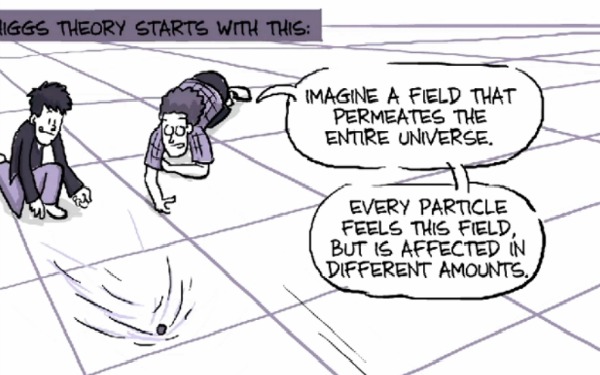 Here is a video that enlightened me more about Higgs! (Hope the universities could follow this kinda methods to explain the entire course of study for the students and make learning more enthusiastic and fun rather than boring blackboard classes!) Or simply The Geek Way :)