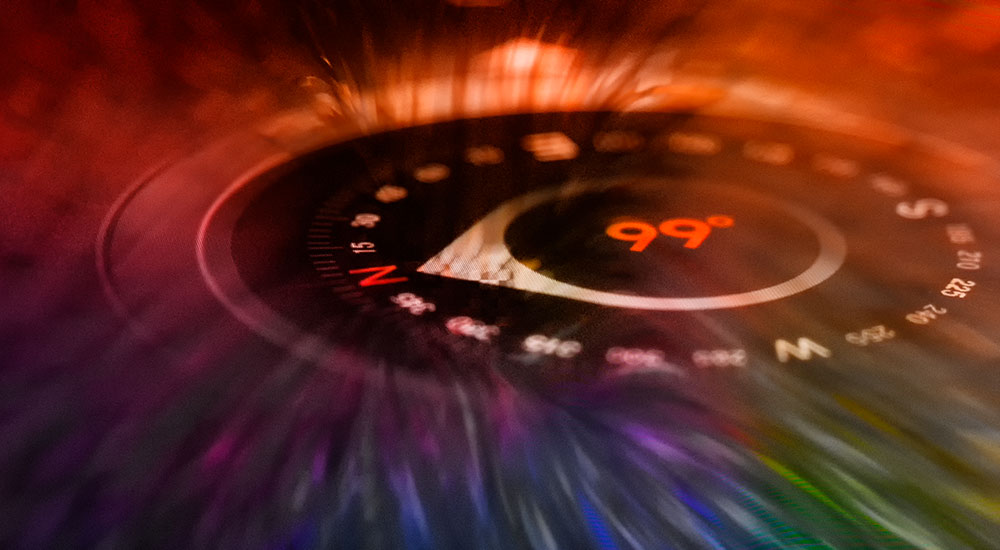 Humans are made up of blood. And blood has iron in it. So what happens if a human is placed inside a very strong magnetic field? Will it affect the human body in any way? In this edition of Geekswipe, we’re going to look into the types of magnetism that exist in the world, and how a human body would react to different strengths of magnetic fields.

A crash course in magnetism

Everything in this world is made up of atoms of different elements. And atoms have electrons that are found in its own electron configurations. And as electrons—nothing but a charge—by nature, it has its own intrinsic angular momentum, which we call ‘spin’. This ‘spin’ creates the elementary ‘spin’ magnetic moment. And besides that, the electrons zap around the nuclei in orbitals, creating another magnetic moment. The net result is that these quantum properties of electron’s spin and their movement in the orbitals combine to create magnetism on a macroscopic scale. Besides the electrons, the nucleons also create a net nuclear magnetic moment, which is rather a negligible contribution.

And if we step back to a slightly bigger scale of the solid, the atomic magnetic moments that are close and identical combine to create tiny little regions of localised magnetic moments called as magnetic domains. Under normal thermal conditions, for most common materials, the individual domains are randomly arranged to be stable and thereby the magnetic moments cancel out each other. But these domains are susceptible to magnetic alignment under the influence of a magnetic field.

When you put the material, and thereby all of its randomly arranged magnetic domains, into an external magnetic field of a permanent magnet, the domains react to the field and align themselves. Based on how the magnetic domains align, there are three common types of magnetism exhibited in the universe.

Iron is a ferromagnetic material. Which means, when you place it inside a magnetic field, the magnetic domains in it would accumulate, form bigger domains, and align parallel to the external magnetic field, forming a magnet itself. And upon removing the magnet, the dipoles of the magnetic domains would retain the alignment for a while. This is also known as magnetic hysteresis. The property of an element to exhibit such a phenomenon is called ferromagnetism.

Iron, for example, has 26 electrons. The electronic configuration is 1s22s22p63s23p63d64s2. As Iron is a transition metal, the d orbitals are half-filled. The four unpaired electrons in the 3d sub-shell contribute to the atomic magnetic moment with their unbalanced spin (dominant) and orbital magnetic moment. And so, when they are subjected to an external magnetic field, the magnetic domains exhibit ferromagnetism.

So why a paramagnetic material does not retain the magnetic dipole alignment? It’s simply because of the fact that the electrons responsible for the magnetic moment exhibit a weaker interaction between the neighbouring atoms in the material. This further creates weaker magnetic domains, which in the absence of an external magnetic field subdues to the thermal equilibrium.

Now we just got one possible case that’s left to analyse. Elements that have all their valence electrons paired. Such materials exhibit diamagnetism. As there are no unpaired electrons to contribute to the net atomic magnetic moment, you would expect a diamagnetic material to not exhibit any magnetic alignment in the presence of an external magnetic field. But they actually do. And they do it in a way to oppose the external field.

So by this definition, every element exhibits diamagnetism that opposes the external magnetic field. Even the paramagnetic and ferromagnetic materials. It’s just that in those two cases, the magnetic moment from the unpaired electrons dominates the diamagnetic effect. And this brings to our main question.

Human beings are made up of many elements including Iron. The primary compound found in human is the water. A water molecule has all its valence electrons paired, and hence it exhibits only diamagnetism. So when humans are put in a magnetic field, the whole body would oppose that external field, and soon one should levitate—just like a frog, which also has too much water content.

But to levitate even a small diamagnetic material like a frog, a magnetic field of 16 tesla[1] is required. The strongest magnetic field an average human would ever be exposed is in an MRI machine, which produces magnetic fields of about 1.5 to 7 tesla. Compared to this, the magnetic field strength of our Earth is just .0003 tesla. And the electromagnets at the LHC is around 8.3 tesla[2]. To levitate a human, we would need a magnetic field in the scales of tens of tesla, which requires large and powerful magnets.

Water is the primary content of the blood. The haemoglobin part transports oxygen to the organs inside our body while removing carbon dioxide from them. The protein does have iron and hence one would expect blood to react to a strong magnetic field like the one from an MRI.

But we don’t see people exploding inside the MRI tunnel, do we? That is because the iron in our blood is not ferromagnetic. Haemoglobin exists in our body in different states based on whether it is oxygenated or not.

In the oxygenated oxyhaemoglobin, the iron is covalently bonded to the rest of the elements and molecules of the protein, and hence they don’t have any unpaired electrons in it. This makes oxygen-rich blood diamagnetic[3]. Also, in the deoxygenated deoxyhaemoglobin, the iron does have four unpaired electrons but react to the magnetic field weakly. This makes deoxygenated blood paramagnetic[3]. And in the human body, most of the blood is oxygenated, thus dominantly diamagnetic.

In addition to the weak magnetism, the blood flows under a pressure inside the arteries and veins. Due to this fluid motion and the resulting microscopic Brownian motion, the haemoglobin in it is less likely to react to the magnetic fields, let alone form stable magnetic domains that are strong enough to react to any external fields.

Now enough with all the mundane experiments. We have seen enough that even the strongest practical magnetic field of the MRI won’t affect humans. Time to go all crazy and shoot up the human body towards some extreme and powerful magnetic fields.

I want you to think about the scale once again. 1011 tesla. That’s 11 zeroes. Under such an extreme field, the Atoms would be stretched into long thin cylinders. Why? Remember the part where we explored the negligible magnetic moment from the nucleus? At this intense magnetic field, every tiny magnetic moment would come into play, stretching the atom.

With atoms elongating and stretching out, could you expect any stable chemistry or physics to happen? The molecules would break, the human body would literally be torn from within, and you’d practically disappear into the unstable and polarized vacuum.

But fear not, even before the magnetic field could get a chance to shake hands with you and do all the above things, the intense gamma rays and x-rays along with the gravity will be at the doorstep to greet you with a warm heart.