What Happens to Water When You Compress It? 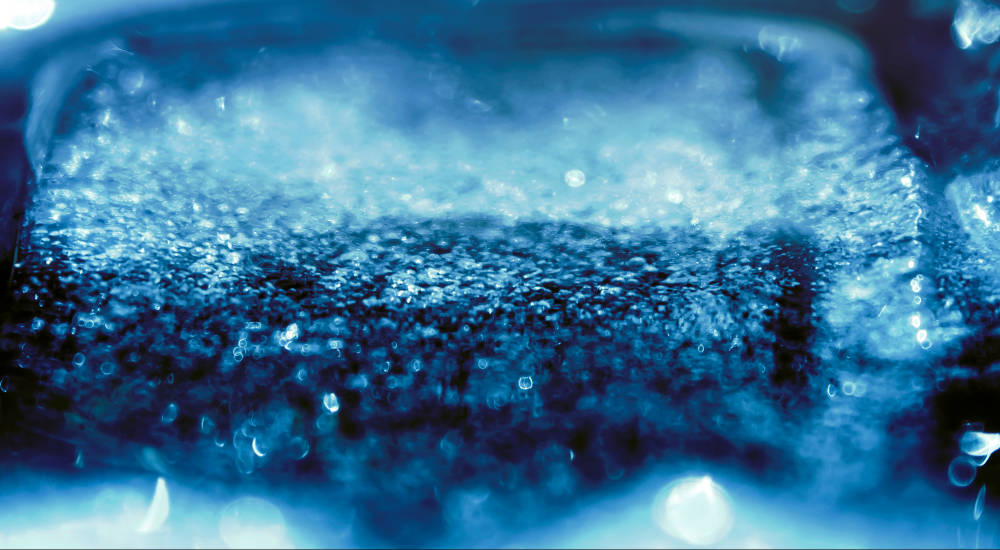 As we have already discussed water’s reaction to the cold vacuum, it’s time for exploring its properties when it is subjected to a very high pressure. For the sake of our exploration, let’s build a perfect equilibrium system with a container—let’s make it with Uru or an indestructible metal from your own fictional universe—that is merely indestructible. Let’s rig it with a coolant assembly to maintain the temperature the same throughout the compression process.

The approximate ambient temperature would be 303.15K and the atmospheric pressure would be 100 kPa. When you maintain this temperature and increase the pressure in the indestructible container, water changes from a liquid phase to a solid phase when the pressure rises above 1GPa. This is because the molecules are now tightly packed under the pressure and an obvious transition would be to the solid ice, but with a different temperature (room temperature in our case, with the coolant system removing the heat) and crystalline structure, unlike the regular ice. The following phase diagram of water could help you understand this better.

Upon increasing the pressure further, the crystal structure of the ice will change from ice VI to ice VII and ice X to ice XI. Now you know that there are of course different forms of ices existing in this universe. Unfortunately, these forms of ices can only be seen in the research labs and not inside your freezer (Duh!). In case you are pondering what’s so different in these ices, it is their crystal structure.

Sticking with our hypothetical pursuit, when we increase the pressure beyond 1Tpa, the crystal structure might turn into a metallic structure as speculated in a paper here. This research even claims that there are two more crystal structures besides the existing phases. On the other hand, there is also a possibility that the molecules of the ice XI will dissociate into hydrogen and oxygen atoms. There are still several possibilities like the formation of hydronium, but let us focus on some highly possible hypothetical scenarios.

Let’s stop the cooling and make it adiabatic

So far, we have been cooling down all the heat generated by the water, as the work is done on it with a coolant. When we remove our coolant assembly around the container, the energy in the system increases the temperature of the solid ice. But still, we will have the same ‘hot ice’ desperately existing as plasma (degenerate matterDegenerate MatterDegenerate matter is matter which has such extraordinarily high density that the dominant contribution to its pressure is attributable to the Pauli exclusion principle - Source: princeton.edu. A degenerate matter is the kind of matter found inside the core of a dense star.). And when we torment the system with more pressure—good enough to overcome the coulomb forces of the nuclei—the hydrogen atoms will fuse to form helium, which would eventually end up in creating a tiny neutron star or even a singularity if you are the god of pressure.

Of course, the water, like any other matter is compressible. But before you could throw in a debatable statement of incompressible fluids into our discussion box below, you might have to brush up about the term bulk modulus. In general, it’s defined as how much a liquid or a solid can resist the pressure applied to compress it from all the directions. As water has a bulk modulus of 2.2×109 Pa, water is compressible.

But it is not practically compressible for the least. In order to compress water, you would need so much pressure. Even at the deepest regions of our oceans, the density of water is only a little higher than that of the water at the surface, and the compression is approximately around 1.8% only. So the bottom line is when you compress the water, it turns into solid, the density increases apparently and it exists in one of the 16—excluding the one in your freezer—known crystalline phases of the ice. As of 2015, we only know that there are only a few high-pressure ice phases of water and the rest will be unlocked very soon in the future, if we could attain pressures beyond the existing limits.

More interesting questions about water can be found at Swyde.