Are Glow in the Dark Materials Carcinogenic? 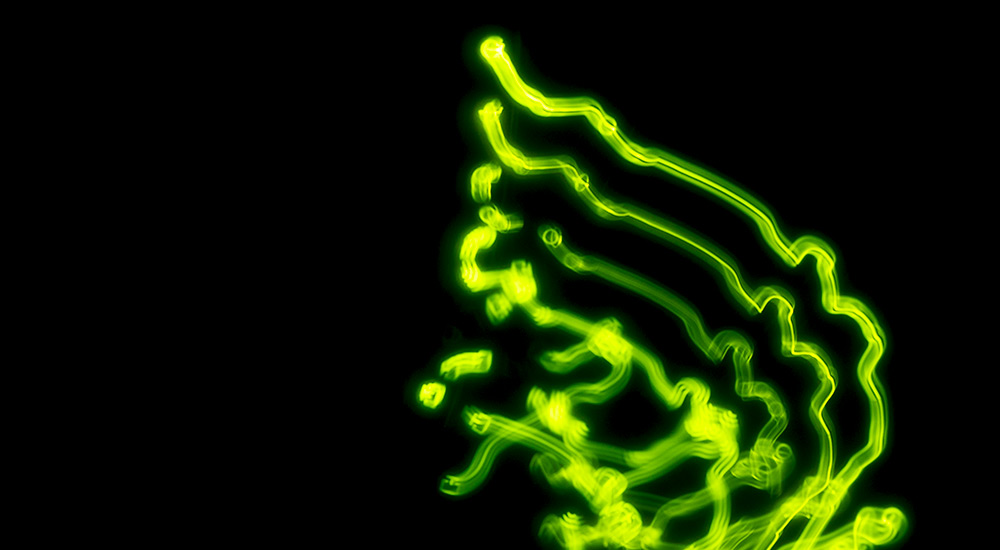 Glow in the dark stickers, inks, paints, dyes, toys are abundant these days among households, especially with kids and infants around. And given the infamous history of radioactive isotopes that were used in these glowing things, you should be concerned and informed if they are still carcinogenic or toxic in any way.

This Geekswipe edition shall shed some light on these glowy things (photoluminescent) and their historical significance in their development and safety regulations.

To understand, let’s begin with a crash course on what actually makes these things glow, and work our way down to analyse if the modern commercial glowy products are safe.

How glow in the dark materials work?

Glow in the dark materials emit light due to the presence of phosphors in them. Phosphor is a well-known wide range of compounds (mostly rare-earth elements) that are photoluminescent. Which means, the phosphor can ‘charge’ itself when exposed to light and can emit back that light when moved to a dark room.

The ‘charging’ simply means that the electrons of the material are excited to a higher energy state by the photons from the light source. And once in a dark room, these electrons return to their ground state by emitting the photons back. This phenomenon is known as spontaneous emission. And this particular type of non-heating excitation of electrons is what we call as luminescence.

The phosphors are luminescent by nature, but by doping it with compounds called activators, the luminescence can be scaled. In other words, activators increase the emission centres in the phosphor that are responsible for luminescence, thus increasing the ‘glow’ sites in the crystal.

Activators can also be used to determine the period of luminescence and the colour of the glow too. Also, due to quantum mechanical effects (forbidden mechanism) in the energy state transition of phosphorus, if they are used with phosphors (a bit confusing, yeah, but phosphorus is an element and phosphor is a compound) they can re-emit the absorbed radiation for a longer time rather than emitting it all back immediately (photoluminescence).

Let’s take a quick detour into the world of watches. If you have an antique watch in your possession and it glows in the dark, the chances are that it might have a dial that was coated with radioluminescent paint with phosphor and radium. And yes, it is 100 percent radioactive even now.

Radium, a radioactive element, is used here so that it can constantly energize the phosphor in the dials instead of light to make the watch glow. This luminescence is continuous and is called radioluminescence.

Despite the radium being sealed inside the watch, the risk of ingesting it via inhalation or inhaling it by accident was high. And as radium decays by emitting alpha particles and it has a half-life of 1600 years, radium watches were soon deemed carcinogenic and extremely unsafe. And this concern for safety and the fear of glow in the dark things being carcinogenic raised in the light of the radium girls incident, where factory workers who painted the radium dye suffered from radiation poisoning.

And that is how tritium came into the picture. Tritium, a radioactive isotope of hydrogen, replaced the radium in the phosphor dyes that coated the dials of the clocks and watches. It is relatively safe compared to radium as it doesn’t emit alpha particles. Tritium (half-life – 12.3 years) emits low energy beta particles—that are safe even when exposed out of the sealed container of the watch.

But the risk of ingestion is always a concern even with tritium-excited phosphor. Apparently, the fear of radioactive poisoning had already spread to the general population, convincing the masses to assume that all glow in the dark things must be radioluminescent—even today.

Safety of glow in the dark toys

In a nutshell, if your toy or sign glows forever even without any light source to energize it, it is radioactive, probably with tritium, and it is not safe (as a toy). But this is highly unlikely, as this sort of radioluminescent application is only limited to emergency signs (regulated by state housing departments), weapon reticles, and watch dials.

Now, what about non-radioactive green glowy things? Well, they are made of photoluminescent phosphors. They are safe. To a certain extent.

But these little curious beings called kids have no clue differentiating toxic and edible materials. So always treat anything that glows as a potentially unsafe item around them. In other words, as long as you don’t chew on anything that is glowing, they are safe and non-toxic.

When it comes to toys, the target market is kids (and some grown-up kids too). So there is a requisite for the manufacturers to appease them with different colours, prolonged luminescence, durability, life, and most importantly, safety.

And as stated above in the crash course section, to achieve all this, the manufacturer has to dope the phosphor with the right type of activators and co-activators to extend the luminescent period with different colour choices—all should be within their economic and safety constraints. Which means, the safety of the item depends more upon the activator than the phosphor, and eventually the entire process of manufacturing the item.

As an adult who plays with glow stuff around kids, it is critical that you not only understand the chemistry and physics of luminescent things in the market but also know about the regulations and standards by your government that mandate the manufacturing process. In general, most of the toys are likely to be manufactured with regulations, mandating their composition and disposal. And it is always good to write to your local regulatory body or the company that manufactures the toys or items to get more information on this.

And remember. If it glows, it is not edible! Ever!