Why Did Pirates Wear Eye Patches? 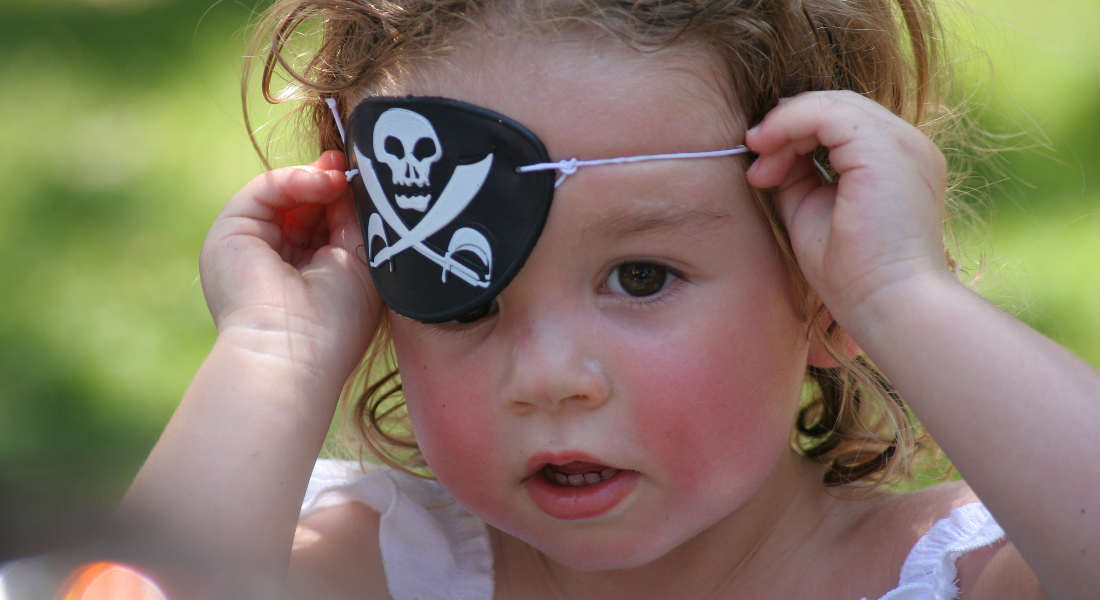 Photo by peasap | CC BY

It is well known that the human eyes take a while to adjust to the darkness. In general, our eyes have two types of photoreceptors called rods and cones. Rods are the ones that give you a monochromatic vision and in the dark, rods are the one that is more active than the cones. When light (photon) enters the eyes in a bright ambiance, molecules called rhodopsin found in the rod cells, breakdown and split into two different molecules called retinal and opsin. Later, these two molecules recombine into rhodopsin again at a constant rate gradually.

When the lights are turned off all of a sudden, your sight gradually improves from pitch-black sight to a significant sight. The reason is that the retinal and opsin molecules take some time to recombine into rhodopsin so that you can see things again. (Rods are more active in low light than cones. As cones works in bright light, they are of no use in the dark.)

So now, consider yourself as a pirate who takes the utmost care to save the ship from any hostile situation. Especially if your ship is loaded with rations and treasure chests in multiple decks, you would need to run to every deck during an enemy raid or a mutiny. Obviously, these decks are not lit with fancy light bulbs. They will be dark and things would be scattered everywhere. In that case, the only pre-planning a pirate can do is to use an eye-patch for one eye, before the raid begins. Keeping one eye closed for a considerable amount of time will save its rhodopsin. As the closed eye has its rhodopsin retained, it wouldn’t need the recombination time in the dark. So when the pirate enters the darkened lower deck, he can simply remove his patch and get an instant vision, vital to spot the enemy. At that time, the other eye would still be recombining retinal and opsin to rhodopsin. Though it is not accounted for, this the possible explanation anyone could come up with for the eye patches, other than actual physical injury to the eye.

If you are still not convinced, close your one eye for a few minutes, turn off the lights and open your eye. Now compare the vision in both of your eyes. Pretty cool, eh?