Why Apple Turns Brown When Sliced? 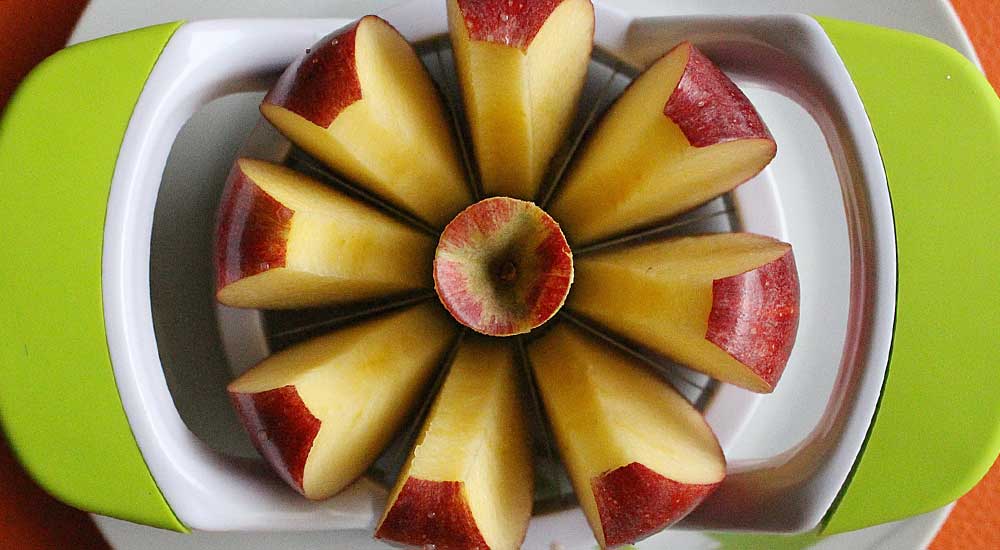 Have you ever explored why apple slices tend to turn brownish when exposed to air? In this edition, we are going to find out the science behind this color transition phenomenon called as enzymatic browning.

As I am writing this, I am indeed staring at some pathetic apple slices next to my laptop. Mom placed it an hour ago and I ignored it as I was busy gaming. It is actually so brownish now and all I could think about is the chemical process that made it so.

In short, this browning is due to a simple chemical process that we all know better as rusting. When you cut an apple, the fruit tissue is exposed to the oxygen in the air. The oxygen then reacts with the iron in the fruit tissue to produce rust and hence the brown color.

Besides rusting, something else happens too. When the fruits are cut, they have a mechanism to form a chemical product to protect further tissue damage. This is the primary reason for browning.

Let’s go a little deeper to understand the actual chemistry of this. The tissue of any fruit or a living organism usually has phenols in them. Besides these compounds, there are also enzymes called as polyphenol oxidase or PPO. The oxidation of phenols with the help of PPO is responsible for the browning of the apple. Here is how it works.

When the phenol molecules and PPO enzymes are exposed to oxygen, the PPO enzyme does its job (Enzyme catalysis), which is to aid the oxygen molecules to steal the electrons from phenol molecules and other compoundschlorogenic acid (flesh), catechol, catechin (peel), caffeic acid, 3,4-dihydroxyphenylalanine (DOPA), 3,4-dihydroxy benzoic acid, p-cresol, 4-methyl catechol, leucocyanidin, p-coumaric acid, flavonol glycosides. at a faster rate. As the oxygen combines with phenol compounds, a biochemical chain reaction starts, involving other compounds present in the tissue. The product of this complex (and boring) chemical reaction is the well-known pigment called melanin. Here is the process of melanin production from tyrosine. 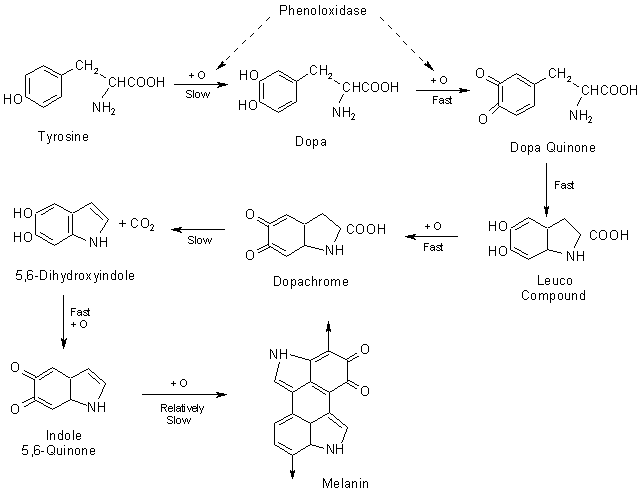 PPO catalyzes the conversion of phenols to produce quinones. Further, this polymerizes to produce melanin.

How to prevent browning of apples?

Now that you know the chemistry behind browning of the apples, it’s not that hard to figure out the ways to stop oxidation in the exposed tissues. You will just have to prevent oxygen from reacting with the apple tissue or just inhibit the enzymes.

A simple way to do that is by putting the apple inside a bowl filled with water so that the oxygen and the PPO rich tissue are kept apart from plotting an enzymatic browning in your sweet apple slices.

You can also coat your apples with a film to protect the tissue from the oxygen in the atmosphere. Honey is a good choice. For a better protection, you can squeeze some lemon or a pineapple on the tissue. This lowers the pH on the tissue environment, as lemon juice is acidic. This low pH suppresses the PPO enzyme and hinders the browning, even if it is exposed to the air.

If you don’t want to do either of the above things, you can simply add heat to the fruit (blanching). This rise in temperature while cooking eventually breaks the native state of the enzymes (proteins) and makes them dormant.

Lowering the temperature is a good method to avoid all the above hassle. Place it in your refrigerator and everything is good for a few days.

Besides these common methods, other industrial methods like dehydration, high pressurization, and irradiation are used to inhibit the enzymes in a larger scale.

Alternatively, you can just eat it!

Here is an interesting trivia, not all enzymatic browning are undesirable. Indeed, it’s because of this browning, your coffee, tea, cocoa are as good as it is.

Now that you have understood the science behind the enzymatic browning, I hope you are going to eat your apples faster from now on.