Can You Mine Metals with Plants? 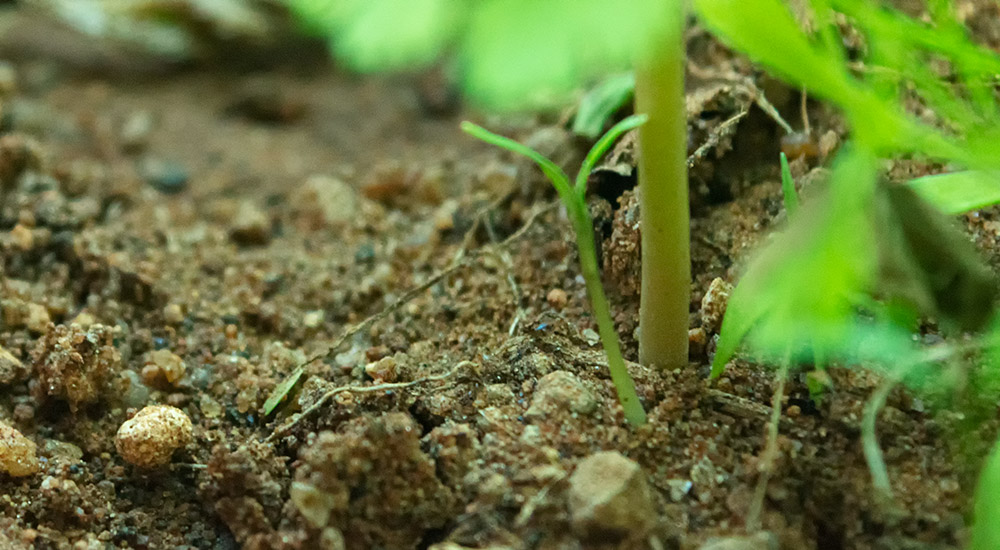 Yes, you can. Think about it. Plants have roots. And soil has metals, sometimes in higher concentrations, in addition to nutrients. Leaves, stem, roots, all can store minerals. So, why not?

Certain types of plants are capable of thriving in soils where the concentration of metals (like copper, lead, and nickel) are excess without any adverse effects. Some absorb them and break them down with enzymes. Some transpire it into the atmosphere. And some accumulate them in their leaves and roots.

The process of extracting metals from the soil by using certain types of plants called hyperaccumulators that can freely absorb and store metals in their tissues is known as phytoextraction or phytomining or biomining, which in this Geekswipe edition, you’ll be learning about.

Which plants can sequester metals?

The most common and obvious examples are the plants that you could find around mining areas and in regions where the soil is contaminated—rich in a certain metallic (or even radioactive) composition.

Sunflowers are the most popular example as it’s a hyperaccumulator of heavy metals, especially caesium-137 and strontium-90 and had been used in the aftermath of the Chernobyl disaster to bioremediate the contaminated area.

Plants of the family, Brassicaceae (Mustard), are one of the popular candidates that has a high tolerance and accumulative capacity to heavy metals like nickel, zinc, cadmium and are studied as an effective soil rehabilitation crop.

Aside from these, you can find a lot more from the hyperaccumulator database.

While one might not be able to compete with the mining company, these plants can be used to efficiently clean up soil pollutants and contaminants, especially in areas where the metal concentration is too high or polluted regions where there had been an environmental disaster.

In other words, you can use specific species of plants to fix nature in its own way. Technically this process is called phytoremediation, or if other organisms are involved—bioremediation.

For example, Sterlite Copper, a copper smelting plant in my state Tamil Nadu has contaminated the soil and groundwater around the region, causing an environmental disaster, which has now led to serious health effects on humans and animals.

In industrial disaster cases like this, biomining the region with hyperaccumulators for copper, selenium, arsenic, lead, and iron, along with plants that are capable of rhizofiltration or hydraulic containment (preventing the groundwater to move away from the region) of these toxic metals would work effectively in fixing the environment in the long term.

Heavy metal tolerant plants, also known as Metallophyte, work as a great indicator of the soil concentration of a geological region.

For example, Ocimum centraliafricanum is a herb that’s highly tolerant to copper found in the African regions. Honing in on this herb would help geologists identify copper-rich geological hotspots.

Besides mining, there are plants that orchestrate even more complex processes that involve,

With genetic modifications to the hyperaccumulators, specific disasters, contaminants, and metals can be targeted and mined feasibly. This would even work commercially if governments could mandate subsidies and incentivising schemes for mining and even breeding these crops.

Given the current agricultural climate in India and other developing countries, bioremediation is yet an unexplored space with a lot of potentials to benefit the entire planet.