How to Grow Plants on Mars? 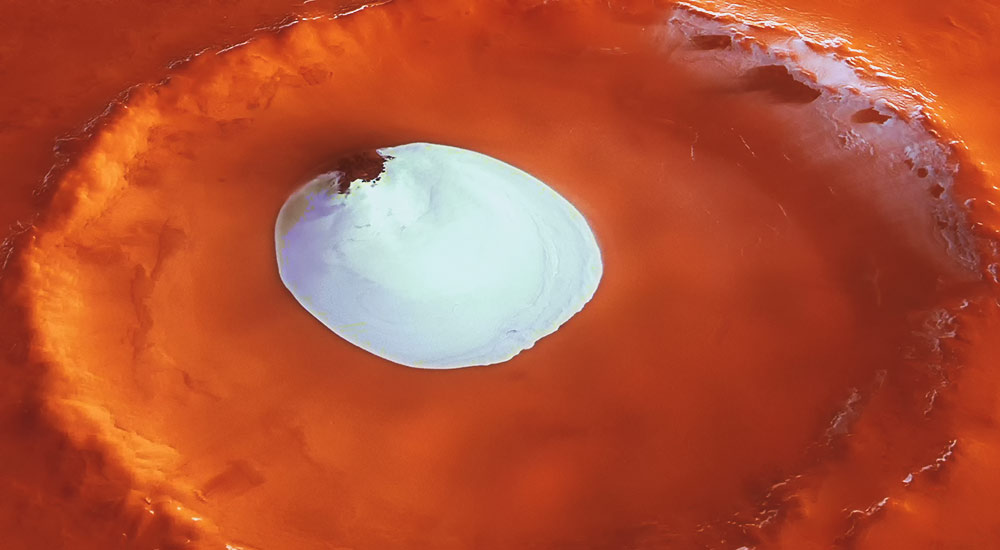 The race to the red planet had started decades ago, and it is only now we are more optimistic about sending humans to Mars in the near future. While there are several problems to be solved before we gear up, let’s focus on the biggest problems on Mars—life, air, soil, and trees! In this edition, let’s address the issues and analyze how to overcome the basic problems in growing plants on Mars.

Let’s start with the Martian regolith. The first problem with the soil is that it is absent of nitrogen, a very essential nutrient for plants and life. However, the carbon dioxide rich atmosphere on Mars has about 1.9 percent of nitrogen as N2. But still, most of our plants would seek nitrogen from the soil.

So to fix the nitrogen problem, we’ll need to use fertilizers as a form of nitrogen fixation on Mars. As Mars is formed out of the same stuff that formed Earth, nitrogen should be found in there in other forms. The latest results from Curiosity have shown that nitrates could be present in the samples it collected. When heating the sample, nitric oxide was detected. NASA believes that this could be due to the decomposition of nitrates. So there is a hope for nitrogen in the soil after all.

But still, we need to have a backup plan. We can genetically modify plants to use the atmospheric N2 . Or even better, we can plant leguminous plants that can naturally do the atmospheric nitrogen fixation with the help of their symbiotic bacteria. I hope that we don’t end up eating just peas on mars forever.

The Martian soil has high levels of calcium perchlorate and magnesium perchlorate. Just like on earth, in water, these salts dissociate easily into perchlorate and calcium ions. Well, perchlorate is toxic to humans and that’s a big no for our thyroids and lungs there! So we need to condition the planet’s soil to get rid of any of those evil perchlorates.

Perchlorates are highly reactive. Fortunately, we can clean up the soil without introducing any reducing agents. There are bacteria that grow by converting perchlorate into chloride, by producing a valuable byproduct—oxygen. Free oxygen for us and the plants! Yay! Also, perchlorates can be used as oxidizers. Free fuel and free fireworks! Yay!

Wait. This all seems not that complicated at all. From what we have observed since the dawn of life, nature has its own meticulously choreographed plot that always pushes humans with more incredible challenges. Here comes the biggest one!

As we have seen, both the above problems—the nitrogen fixation and perchlorate cleansing—can be solved by using bacteria. The problem for those bacteria is that they cannot survive in the low-pressure anoxic atmosphere of the red planet.

But we can still make that possible by reconfiguring life that is exclusively tailored to survive Mars. Extremophiles have useful genes that can be used to reconfigure our plants to survive the extreme. But still, this doesn’t mean that we can actually grow plants on Mars in plain open space. We will still need an environment to support plant life from the extreme radiation and temperatures on the planet.

With the successful nitrogen fixation, the perchlorate cleanup, and the re-engineering, we can set up localized environments with well-conditioned soil that could actually support plants. All that’s left in the equation is water!

The Martian water, unfortunately, is locked up as water ice (mixed with dry ice) in the planet’s polar caps and several layers beneath the surface in other areas. The very first problem is bringing it up and converting this usable water for the plants.

Unfortunately, the low temperature (-63 °C) and pressure (600 pascals) will freeze the water if it is brought to the surface. So before we plan on melting the ice caps or bringing the subsurface water up, we need to raise the temperature to a suitable point.

Mars doesn’t have a magnetosphere like the one on Earth. The magnetic fields exist only at the poles, weak and protecting what’s left of the thinner atmosphere. Mars doesn’t have a molten core that rotates to produce the magnetic field. So even if we could melt up the ice and let the vapor and carbon dioxide thicken the atmosphere, we would only find it to be ripped off again by a solar wind in a few decades. So there’s that!

Also, the lack of magnetic field results in extreme radiations that would eventually kill all our plants or any life we introduce there. But theoretically, if we could refill the atmosphere at the same rate as the solar winds rip off the atmosphere, we might be able to sustain a working atmosphere like our earth that could block some radiation. If lucky, we could even create an ozone layer. Doing this periodically is way beyond a practical scenario and this only brings more challenges to our terraforming mission. However, there is a chance that normal life activities on Mars could take care of this issue by releasing more gasses into the atmosphere.

Considering the possible choices and challenges we could face on Mars, the only pragmatic solution is to create a controlled environment inside artificial Martian greenhouses. Only with regulated pressure, temperature, controlled radiation and enhanced nutritious Martian soil, the plants will be able to thrive and support human life. This would then successfully lead to the Martian terraforming, one-step at a time.