What Is a Leap Second and How Does It Work? 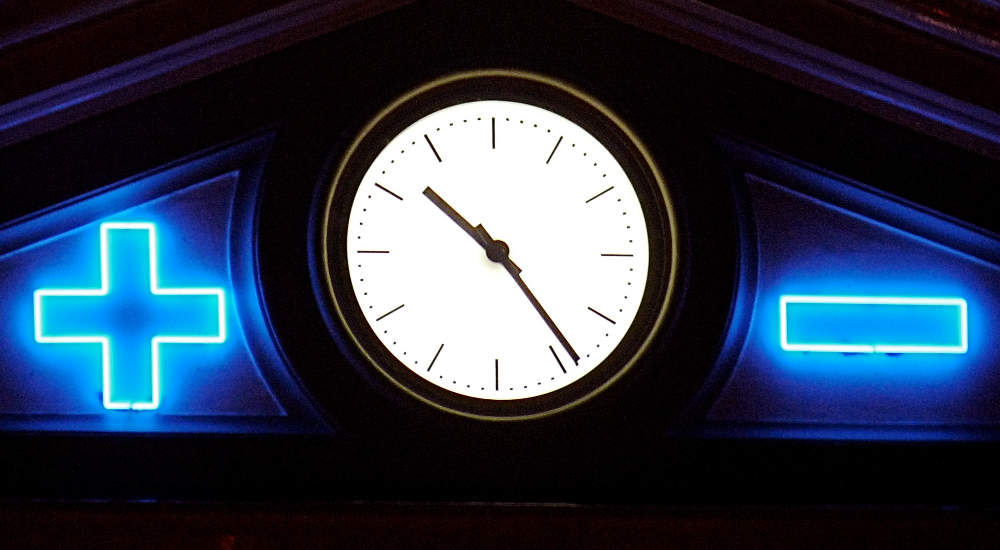 Photo by Arjan Richter | CC BY

To understand what a leap second is, let us explore the art of timekeeping since the advent of the concept itself. Moon was one of the first astronomical body used to measure time. We had lunar calendars before solar calendars came into play. Solar calendars are used to measure days and keep track of time (in days, months and years) by showing us the apparent position of earth around the sun’s orbit, relative to the sun.

As our solar calendars are approximate and are not very accurate enough to measure a perfect revolution around the sun, they lag approximately by a quarter of a day (6 hours) every year. To compensate this, we add one extra day to the month of February once in every four years and call it as a leap year. And besides this compensation, there are furthermore compensations for the long run, which make us neglect and accept leap years to keep the calendars in sync for a while, at least until the life on earth lasts.

Similar to the revolution, the earth’s rotation on its own axis isn’t perfect either. Thanks to the cute moon of ours, we are slowing down every day, as it plays a tug of war game with us.

As we started exploring, there were several attempts to regulate the time, and standardize it by establishing GMT, which is succeeded by UTC today. The caesium atomic clocks and the leap seconds are the ones that gave them the accuracy they have now.

The early timekeepers from 1950s were in need of a clock that measures time accurately and broadcast it around the world in a standardized manner. Though we were following a dynamic timescale—ephemeris time or ET— for centuries, when caesium atomic clocks promised a better and accurate time measuring capability in 1960s, the timekeepers decided to re-define ‘second’ based on the oscillations of caesium 133 atom.

From then on, one SI second is defined as 9,192,631,770 such oscillations of caesium 133 atom between two energy levels in its ground state. The time was recognized as International Atomic Time or TAI.

As the TAI started ticking SI seconds (86,400 SI seconds per day), the Universally Coordinated Time (UTC), which is adapted throughout the world, needed to be adjusted often to tick the same 86,400 SI seconds per day, as the little tug of war battle between our moon and earth, slowed the rotational period. But sometimes it was unpredictable that rotational period started accelerating while it was actually decelerating in the longer run.

Why we needed leap seconds?

So to eliminate such adjustments to the UTC, in 1972 the concept of leap seconds was introduced to add extra seconds to the UTC time so that it keeps on ticking 86,400 SI seconds per day without any offset and compensating the solar time (UT1). The leap seconds are added in a way to maintain the difference between UT1 and UTC within ±0.9 seconds.

When leap seconds are added?

These leap seconds are added (and subtracted if the rotation speeds up) at the end of every June and December of the year ever since 1972. But unlike recurring leap years, the leap seconds are introduced at rather unpredictable intervals. The International Earth Rotation and Reference Systems Service (IERS), who schedules the insertion of leap seconds, will usually announce it, six months before June or December. For the year 2015, the insertion time for the 26th leap second is on June 30, 2015 at 23:59:60 UTC.

Why the internet panics about leap seconds?

Well, in general, the internet works with precision and accurate time synchronization throughout the world as it is synced with UTC. For example, GPS constellations and communication systems rely on UTC. So when they add an extra second to the UTC, that extra second will confuse the system and probably crash them or the network might even go out of sync until they are regulated manually. But now as the companies around the world had implemented workarounds, this is not really going to be a big issue. In major cases, a reboot or a manual update would re-sync the systems with UTC.

Even though there is a debate going on to abandon this leap second system, it is always good to know that people are optimistic and well concerned about the future generations, at least in a way to help them organize better with accurate (approximate) timings.