The Sun is About to Flip Its Magnetic Poles Soon 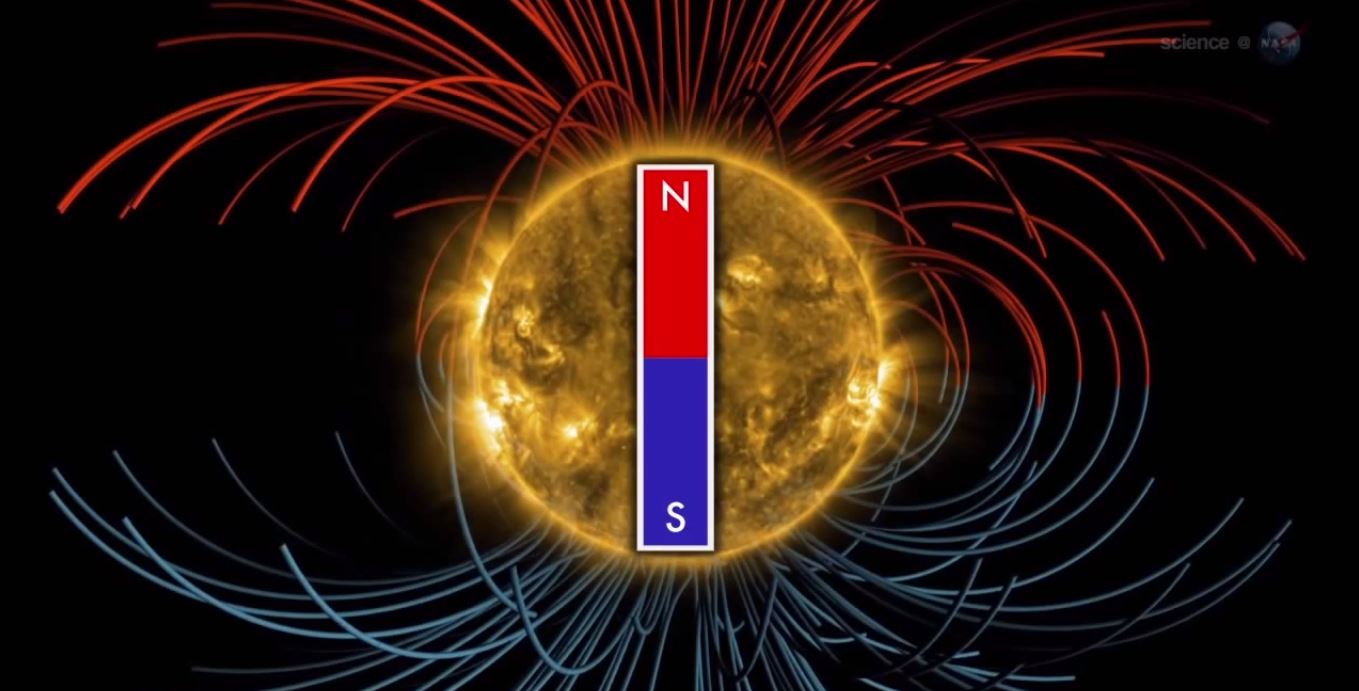 The 11 year cycle of the sun’s magnetic shift is underway. It was predicted that it could happen anytime after August 2013, but with the north pole of the sun already changed its polarity, now the sun is with two south poles and waiting for the flip any time now. The actual South Pole is about to change its sign in a few weeks and now it is actually catching up with the North Pole. 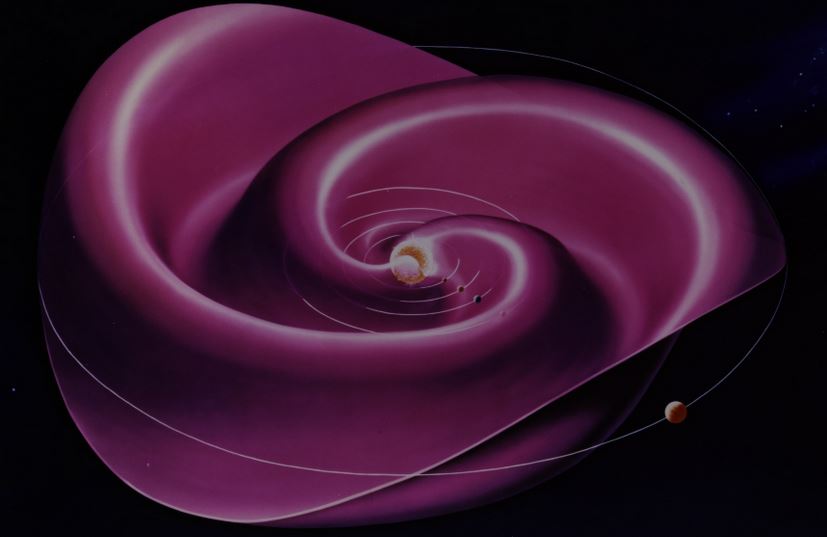 While, the effects are not so cataclysmic, we could expect strong solar storms and Coronal Mass Ejections (CME) that might disrupt satellites and could affect the cosmic rays. The disruption in the ‘current sheet’—A sheet of electric current induced by the sun’s rotating magnetic field extending throughout the system, organizing the heliosphere—actually creates waves in the sheet and makes it a stronger barrier for the cosmic rays from the deep space.

The flip is considered as a ‘big’ event as it happens once every 11 years. The pole flip is due to the regular part of the solar cycle as the magnetic field at the poles weaken and go all the way down to zero in magnitude and then flip again with an opposite polarity, every 11 years. 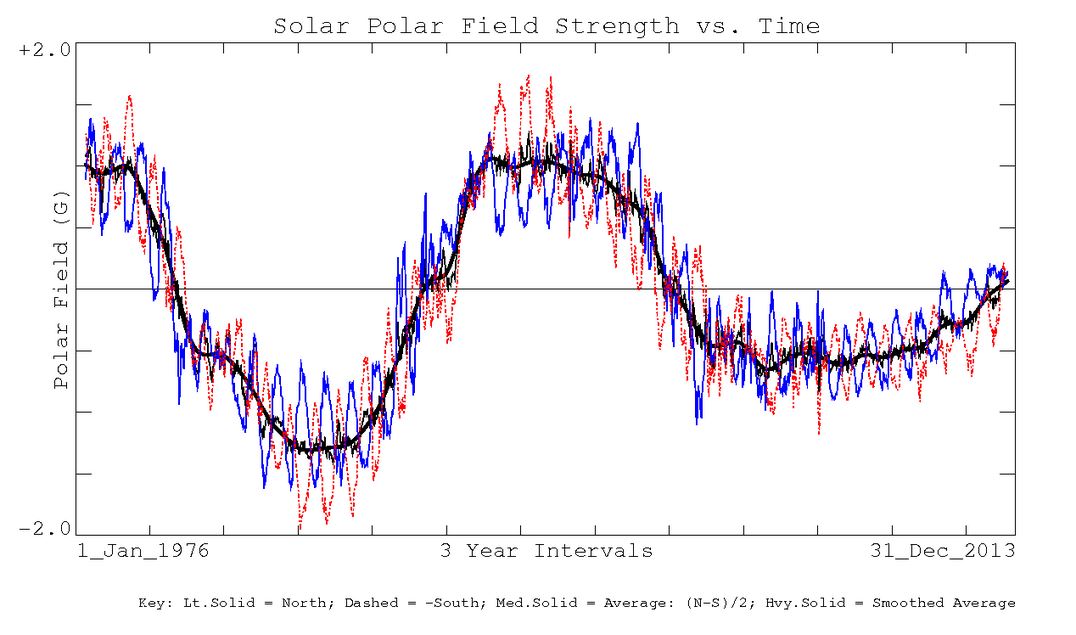 The peak of the flip would result in some additional sunspots as well. While the exact time of the flip is unknown, it is expected to happen in a few weeks.