Why Sun Doesn’t Use All Its Hydrogen at Once? 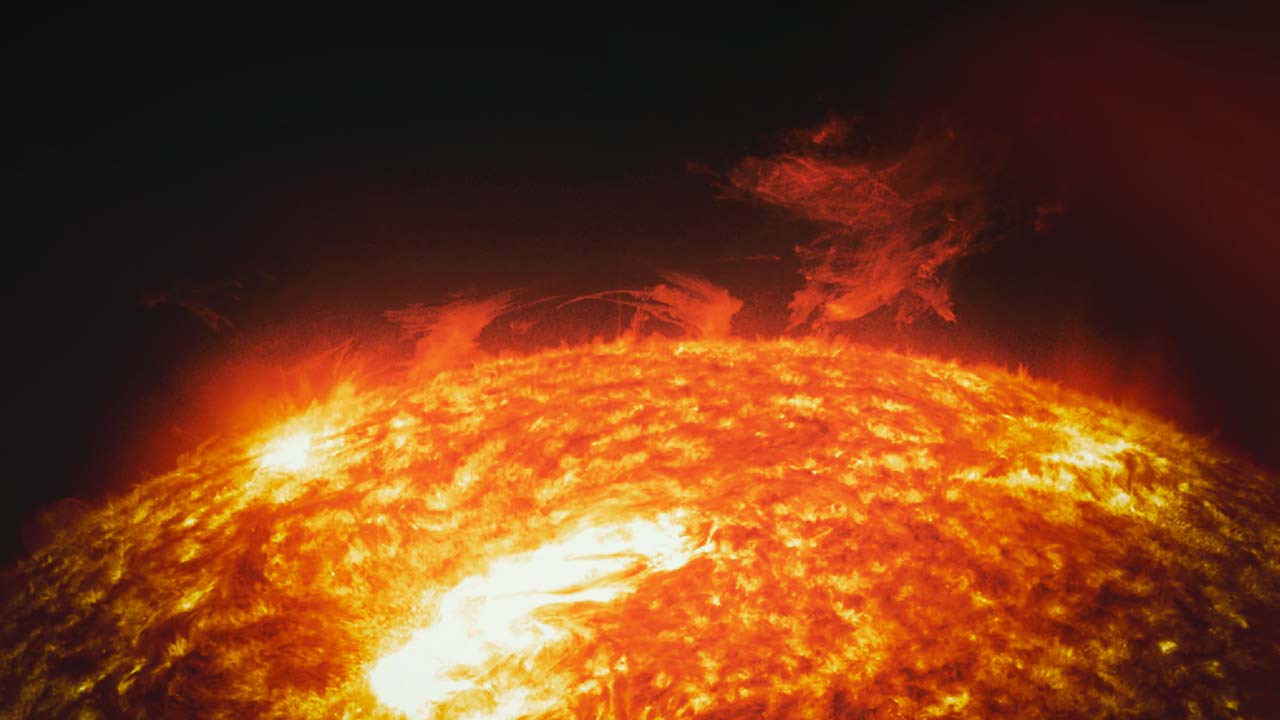 Inside that core of the sun, as you might know, the pressure and temperature are so immense due to gravity, forming the favorable environment for the nuclear fusion to occur. In fact, this perfect condition is what sustains the nuclear fusion of hydrogen plasma to helium-4 through the proton-proton chain reaction. But why don’t all the hydrogen nuclei fuse instantaneously? Let’s explore!

It all begins in the core. The entire fusion process is beautifully balanced by the gravity of the Sun and the radiation pressure of the fusion process. In that high energy and dense confinement, the protons in the hydrogen plasma collide one another all the time. But fusion starts only when these collisions, via quantum tunneling, result in the formation of diproton or helium-2 (an isotope of helium with two protons and no neutrons), which then quickly decays to a deuterium atom (an isotope of hydrogen with one proton and one neutron). This is the first stage of the proton-proton chain reaction.

Wondering where the neutron came from? Keep on reading!

Let’s recall that a bit! It is evident that to form a deuterium atom, two important stuff need to happen. One being the perfect proton-proton collision with quantum tunneling and the other being the β+ decay of one of the protons inside that helium-2 nucleus, converting it into the required neutron. From here on, the deuterium leads up the way in the next phases of the proton-proton chain reaction to form helium-4 in the end.

Now, the probability of two high-energy protons colliding to form the diproton is far less compared to the casual collisions saying hello and bouncing off each other. And even if they collide to form a diproton, there is this another throttling factor, the β+ decay. Most of the times, the diproton would simply decay back into two protons. So this initial stage is what controls the rate at which the sun uses up its hydrogen. The formation of that perfect condition is ultimately a slow process and one of the factors that determine the age of a star.

While these conditions govern the rate at which the hydrogen nuclei is used up, the sun as a whole system tries to manage itself by controlling these conditions necessary for the fusion to take place at a certain rate.

Let’s consider a scenario where the temperature and density of the core are high enough to fasten the rate at which the protons collide to form diproton. This increases the overall fusion rate and produces more energy that results in a thermal expansion, which in turn counteracts sun’s gravity. As the core expands, the density and the temperature fall down, the probability of successful collision decreases. The fusion rate decreases, thus controlling itself.

The same works if the fusion rate is slower, gravity starts crushing the core again, which in turn increases the temperature and density. The probability of successful collision increases. In the end, the fusion rate increases enough to balance sun’s gravity at an equilibrium and helps it to go on at an optimal rate of consuming 3.7×1038 protons per second.

Eventually, it all ends in around 6 to 7 billion years, where the core of the sun turns into a white dwarf with nothing left but electron-degenerate matter and ions.