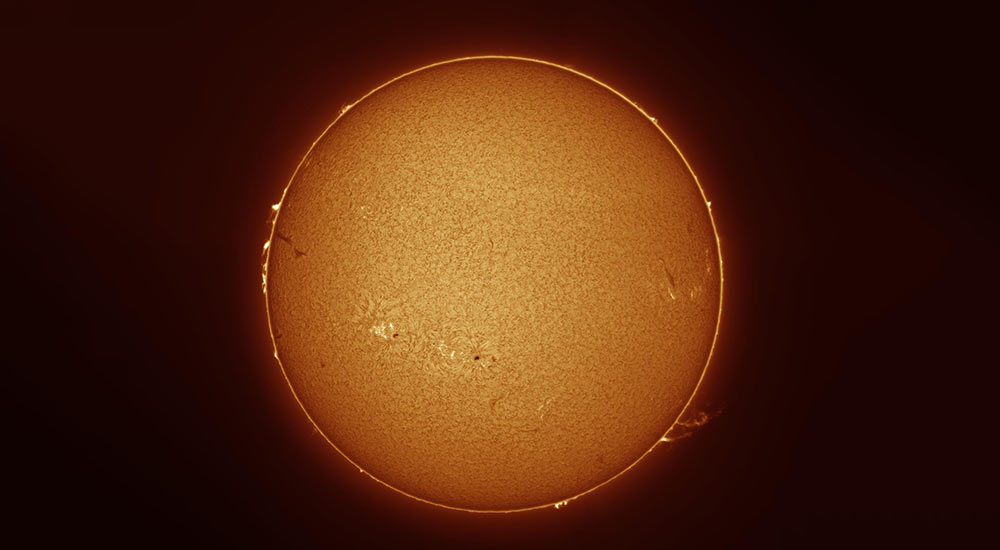 Hydrogen alpha is a specific wavelength of visible light at 656.281 nm. A hydrogen atom emits a photon at this specific wavelength when its electron jumps from an excited quantum state or electron shell or energy level of n=3 to a lower level of n=2. In this edition of Geekswipe, we will explore what H-alpha is, and how it is applied in the field of solar astronomy.

The emitted photon’s energy depends on the energy difference between the two energy states of transition as given by the Balmer-Rydberg formula shown below.

The hydrogen emission spectrum, therefore, consists of several emission lines at different wavelengths throughout the electromagnetic spectrum. Depending on which lower energy state the electron transitions to, they are classified into different series. 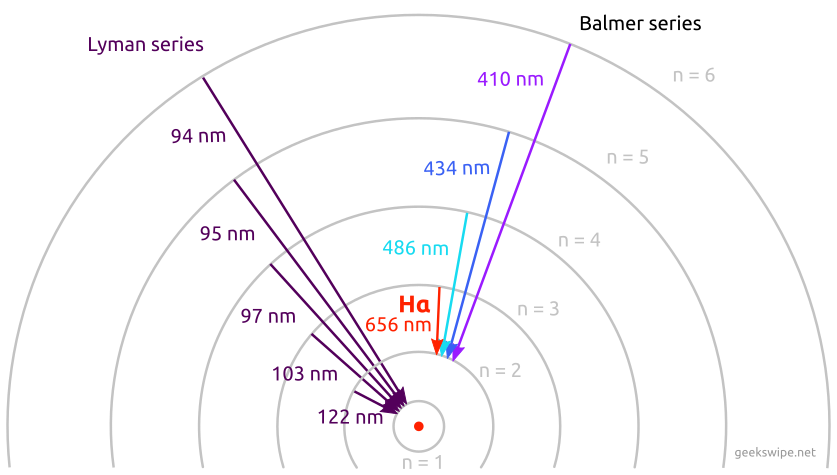 If you take a look at the Balmer series in the above illustration, you could find that the four spectral lines in the series fall under the visible spectrum, where the red 656 nm spectral line is Hydrogen-alpha. As hydrogen is the abundant element in the universe, Balmer series plays an important role in spectroscopy and astronomy. The spectral classification of stars depends on it as well.

Hydrogen-alpha filters and the Sun

Hydrogen-alpha filter is specifically used when observing the chromosphere of the Sun. As the layer is a homogeneous deposit of high-energy hydrogen in its atomic state, they emit more photons in the hydrogen-alpha spectral line. When you observe the Sun during total solar eclipses, you could see that red spiky stuff around the corona. On a normal day, when viewed through a telescope with the H-alpha filter, the Sun would look like the one in the featured image above.

The photosphere, which lies beneath the chromosphere, dominates more in the absorption spectrum. Therefore, to observe just the chromosphere, telescopes with H-alpha filter provides a very narrow bandwidth about 0.7 to 0.5 Å in the 656 nm emission line. Thus, you could see those mesmerising spicules and prominences caused by the local magnetic flux on the photosphere.