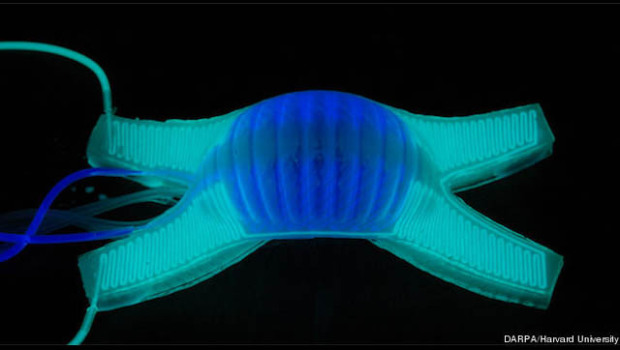 The metal clunks and actuator sounds are the first noises you could hear in your robot reverie. Robocop, T-800, Sony from iRobot have this little fancy noises from their actuators and footsteps too. Harvard University have a different robot with them, a squishy soft translucent octopus. The robot is so soft and also have a camouflage built in it and the movements are made by manipulating the control of micro-fluidic channels that pumps air and fluid to the robot. 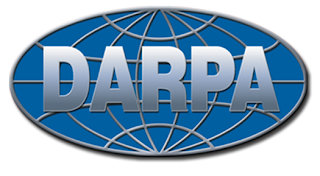 DARPA has once again backed a creative thought to come out of the shell. This program is funded by DARPA under its M3 program. The M3 program, also called as Maximum Mobility and Manipulation program concentrates on the technologies that could change the present day robots to interact more lively with the real world activities. The above project is also a similar M3 supporting concept of a silicone based robot that could hide in plain sight with its camouflage of fluids.

“For this demonstration, the researchers used tethers to attach the control system and to pump pressurized gases and liquids into the robot. Tethered operation reduces the size and weight of such robots by leaving power sources and pumps off-board, but future prototypes could incorporate that equipment in a self-contained system.”, says DARPA.

The movement is purely controlled by the motion fluid through the body, which also acts as a camouflage. The video demonstration shows clearly that transition of fluids change the translucent body to adapt the terrain its moving on.

The lead says that it can be used for practicing surgeons too. Translucent organs can be made with internal micro-fluid channels, as when a practicing surgeon cuts into the wrong place, the device would bleed the fluid.