Petrol From Air: A Breakthrough in Fighting Global Energy Crisis

A new breakthrough has jolted the world’s concern about the fossil fuel burn rate and the global warming. A small british firm created this revolutionary game changing technology, that creates gasoline from carbon-dioxide and water vapor. Air Fuel Synthesis in Stockton-on-Tees, Teesside has produced five liters of petrol since this August from a small refinery using their recently developed technology. 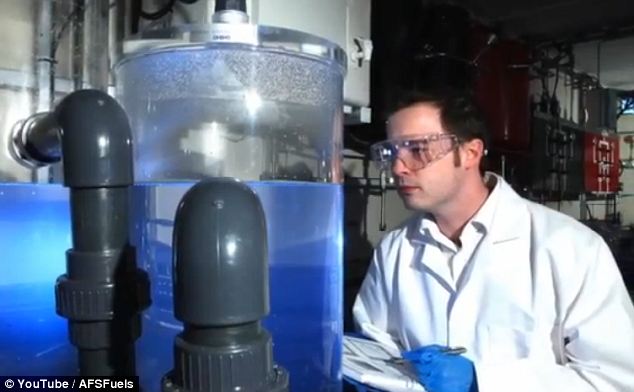 This extraordinary breakthrough has the aesthetic fact of reducing the carbon-dioxide from the atmosphere as well as producing fuel from it. This would eventually reduce the carbon dioxide present in the atmosphere with an end result of producing a better clean gasoline without any additives found in the current fuels. This recycling technology has the power of changing the planet’s fate which is now at stake with increased use of fossil fuel, that promptly increases the carbon content.

This method which is considered as a ‘holy grail’ of the emerging green planet is still at its development phase. The company has also expressed their future plans of expanding the refinery to produce tons of petrol per day, with a green idea of using only renewable resources for the operation of the refinery itself, like the wind farms  solar power etc., As said by the company’s chief executive, Peter Harrison, the technology will be made as a versatile equipment that could find a space in your vehicles, replacing the current hydrogen fuel cell installation or the battery compartment and similar alternate configurations. 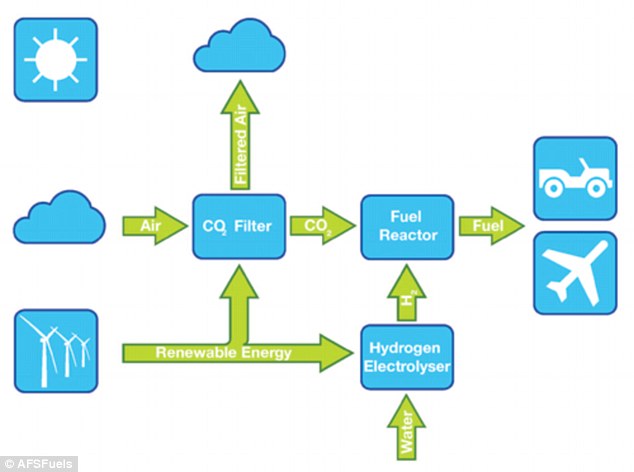 The company’s motive is to transform this technology into a commercially viable product by the end of 2014. Currently, the process is considered as expensive to be a commercial business due to the carbon extraction factors. It promises that the revolutionary idea would be soon scaled high in UK with some funds and find its commercial application soon.