The Terminator Polymer: A Spanish Discovery 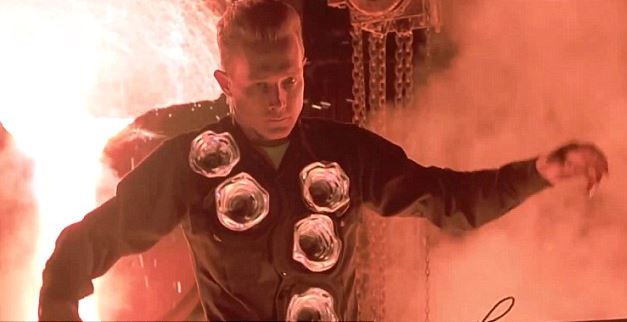 Finally, a self-healing polymer is discovered and all we have to do is to wait for the Skynet to become self-aware and use this polymer as their exoskeleton. I guess we got to wait for a while to look the robots in action. But why don’t we have a look at the polymer in action?

T-1000, yes! That evil robot from the future that heals itself when shot is an inspiration for this material. Of course, this self-healing thermoset elastomer, developed by Spanish researchers, is also called as the ‘Terminator Polymer’ or ‘T-Polymer’. Besides its self-healing ability, it is also inexpensive and it doesn’t need any catalysts to regenerate itself. 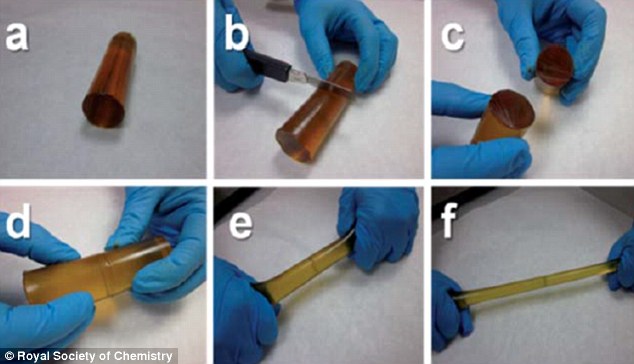 In the following video, the polymer is been cut into two halves with a razor blade and is allowed to self-heal for about two hours. Here, the polymer acts like a Velcro and it binds back to its cut half and finally shows a 97% of recombined strength. The mending is at room temperature, due to the metathesis of aromatic disulfides, where the exchange of bonds, mend and restore the material.

As the authors said, “The fact that poly (urea-urethane) s with similar chemical composition and mechanical properties are already used in a wide range of commercial products makes this system very attractive for a fast and easy implementation in real industrial applications.” this polymer could be a game changer in the commercial market, as most of the plastic products are of same chemical and mechanical properties.