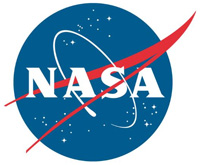 An unusual conceptual design for a subsonic/supersonic plane has surfaced from inside NASA, a few days ago. This would be the most unusual conceptual design for a plane you will ever see. NASA has already funded $100,000 for this concept design and have plans for more in the future. The basic idea of this design concept is that the aircraft would be capable of flying in two different modes: Subsonic and Supersonic, without the requirement of any complex structural modifications during the flight.

The problem the current airplanes face is that the design requirements of both the supersonic and subsonic flying conditions conflict each other. Initially every aircraft is operated in a subsonic speed until it reaches supersonic, which means that the airplane should be taken off the ground with subsonic speed. Usually, a very high aspect ratio wing will be required to take a heavy metal plane off the ground  (see: High aspect ratio wings). The opposite will be the requirement which will be propitious for the supersonic flight. A supersonic flight demands a low aspect ratio wing like the Concorde or SR-71 Blackbird, and thereby entirely contradicting the subsonic needs.

This concept of  ‘SBiDir-FW’ (Supersonic Bi-directional Flying Wing) has overcome this design problem and provide an unusual solution that could give us a new form of flying sickness. The concept has two different wings that could be switched from one another depending on the speed.

The configuration is simple that the supersonic part of the wing acts as a fuselage during the operation of the subsonic wing. This is achieved by turning the entire body against a fixed engine mount that is always pointed towards the flight direction as shown below. 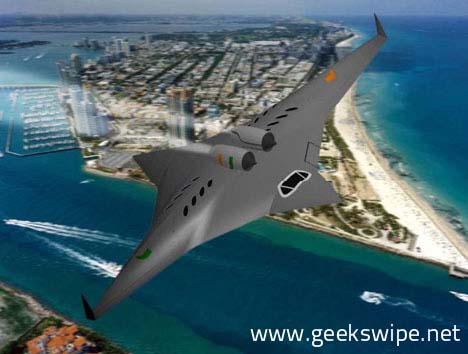 The winglets are the unusual configuration here, as it controls the transition from subsonic to supersonic. The winglets would  fold down to orient the wing to the flight direction and thereby rotating it 90 degrees and bringing in the supersonic wing in the action. The aerodynamic forces are the only force required for this transition rather controlling it with a powered system. 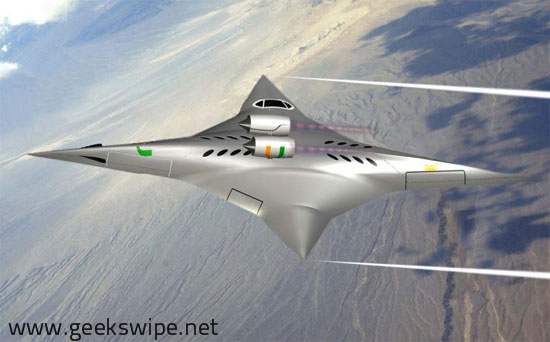 The transition can be better understood by the following image.

The project led by the team of designers form the University of Miami, sounds promising as it would also incorporate the following features.

The project, now funded by NASA, has the opportunity of receiving another 500,000$ in the future, if everything progresses as expected by the designers.