The debate for the necessity of ‘leap seconds’ is a never ending quest where one part of the time keepers plead on continuing with the existing system and the other group pleads to remove adding extra seconds that keeps the universal time synchronized. While all these discussions are based on the current definition of a second—the number of oscillations of a Caesium 133 atom (9,192,631,770) between two energy levels—the tables might change a little in the future as the Japanese researchers claim that they have built an optical lattice clock that is 1000 times accurate and precise than the existing caesium atomic clocks. 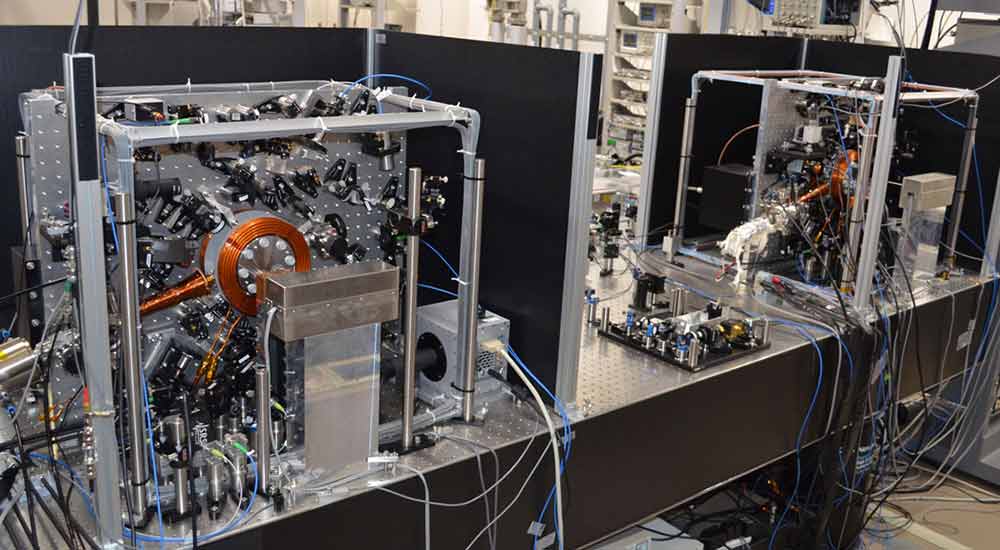 Hidetoshi Katori and his team from The University of Tokyo have developed these two cryogenically cooled optical lattice clocks. In the work they published in Nature Photonics, their demonstrations have shown a staggering possibility to synchronize the two of their optical lattice clocks to a more accurate level than that of the existing caesium clocks. These clocks are accurate to within one second in 30 billion years.

These optical lattice clocks are operated in a very sophisticated and cold environment to maintain its accuracy. The clocks are maintained at -180° C to minimize any external electromagnetic interference. In such conditions, the team observed the transition frequency of the setup for about a month and published the results that claim the higher accuracy. 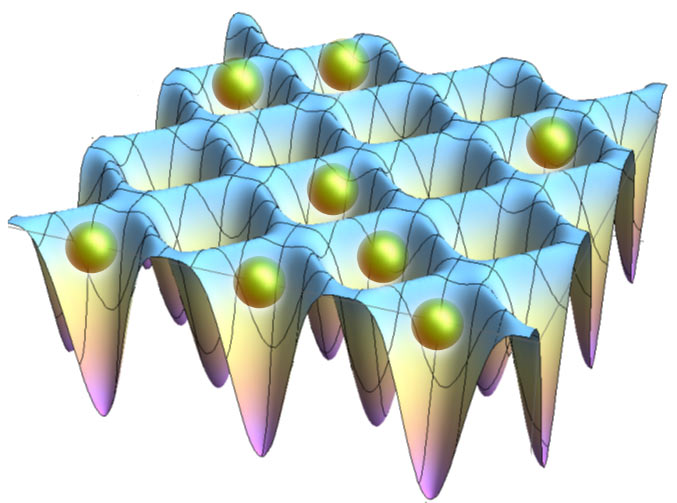 Schematic representation of optical lattice, a lattice formed by the interference of laser. Image courtesy – The University of Tokyo.

How optical lattice clocks are more accurate than caesium clocks?

Existing atomic caesium clocks uses microwave frequency and the corresponding caesium 133 energy level transfer to maintain it and measure the one pulse per second (PPS) time. But the newer and the next generation clocks like the optical lattice clock being discussed in this article, uses high frequency lasers for the transitions to measure time more precisely. The above-mentioned clock traps the strontium atoms in an optical lattice where the known frequency of the laser is used to measure the second with greater accuracy. The reason why the clock is accurate is that it uses higher frequency lasers to isolate the strontium atoms instead of a microwave. Also by using more number of strontium atoms, the clock can average the minor errors to a minimum.

Though the ‘higher accuracy’ might sound unnecessary from a layperson point of view, it does matter for further explorations that demands higher precision. Here is a case where it is most needed. According to general relativity, the time goes faster in a strong gravitational field than a weak gravitational field. So if we could build clocks that are more accurate, we could measure the shape of the earth more precisely by placing the clocks at different places on earth that are separated at different distances from the center of the earth (gravitational field varies a very tiny amount at different altitudes on earth). The accuracy can lead to study the tiny differences in the time and possible help us learn about the underground structure of the earth too. And above all this, the Global Positioning Systems and the communication grid could operate better at this improved accuracy and precision.

Explore more – What Is a Leap Second and How Does It Work?