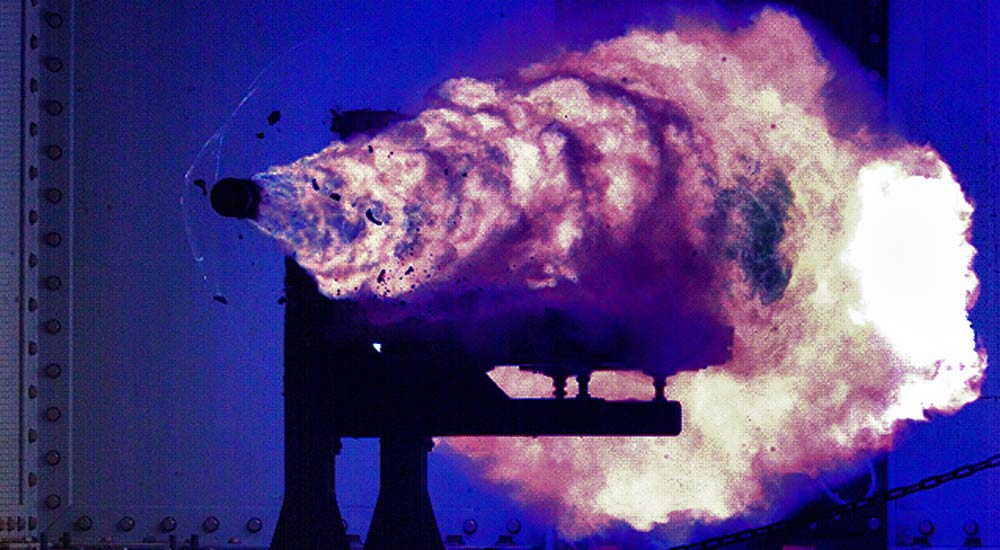 But what happens if we introduce both electric field and magnetic field to a point charge? When the charge is stationary, it would simply interact with the electric field alone. If it is moving, it will interact with both the electric and magnetic field. Due to this interaction, the charge experiences a force. We call this force as the Lorentz force. In this edition, we look how this principle is applied in the real world.

The basic principle of a rail gun is using the Lorentz force to accelerate a projectile. The setup includes two parallel rails connected by a movable conductor perpendicular to the rails. Here is what a basic setup looks like. 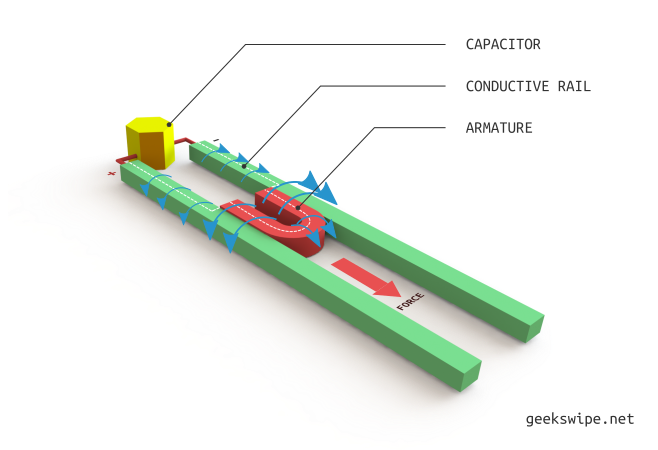 The left hand rule convention with respect to the armature will then show the direction of the Lorentz force, which is perpendicular to both magnetic and electric fields. In this case, the direction is outwards the setup. When you place a projectile in front of the armature and subject the rails to a pulse of electric current, you get a rail gun that would accelerate it to an air ripping speed of Mach 5 and above.

Rail guns sure does look easy on paper, but operating a real life hypersonic one is no easy job at all. A typical rail gun needs to be operated at a very high power (about 33 MJ) to provide enough force to accelerate the projectile to hypersonic speeds. But this opens up many challenges to the design of the rails and the power generator itself.

Due to the insane amount of power through the rails, the resistive heat generated melts the rails at times. In addition to this heat, there is also the heat that’s generated by the movement of the armature over the rails. The wear and tear of a single launch alone would render the rails useless.

And above all, the rails itself repel one another due to their magnetic field and has to be fastened hard to overcome the repulsive force. Also, without a significantly wide clearance between the two rails, electric arcing would happen and short the rails, eventually melting them.

Though current technology doesn’t solve all the above challenges at once, we got significantly better with the rail durability from one round of fire before replacing the rails to thousand rounds. Let’s just hope it finds applications outside weaponry, like launching space vehicles and in fusion reactors.