In UX design there’s this psychological concept borrowed from the real-world concept called ‘desire path’. It’s the path a group makes in a system where the intended paved pathway isn’t much desired or used. In a nutshell, it’s that informal path or a shortcut people take instead of the intended pathway. 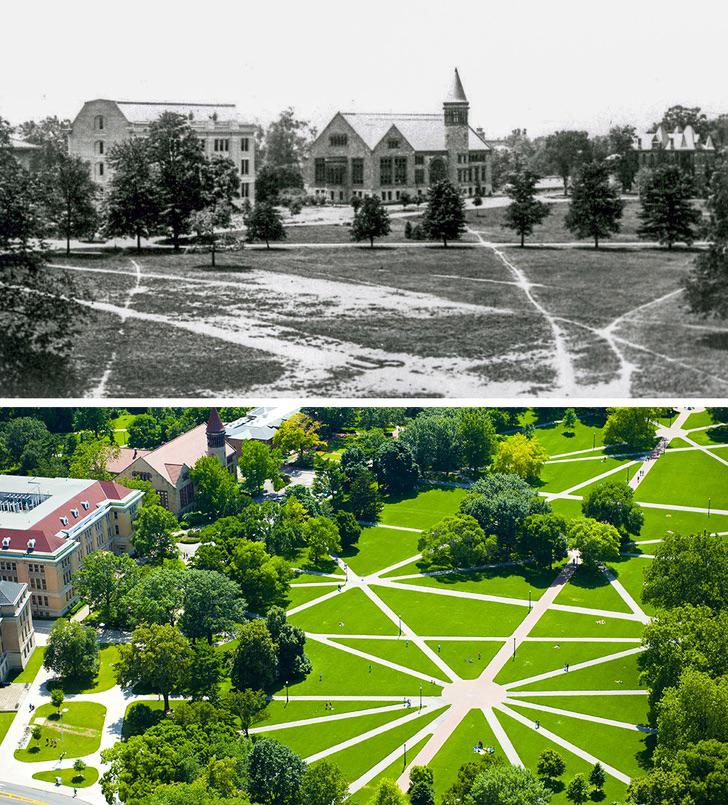 Like this desire paths leading to actual paths in Ohio University.

Planners of public buildings usually wait before they layout pathways. They’d let people walk for a few months, wait for them to create their own paths, and then pave the actual pathway on top of it.

But then again, as a designer, you don’t need to conform to this aaaaall the time. If you reaaallly want to force the users to follow your way, you can do something called ‘blocking’. It literally means, placing a block in the ‘desired path’ forcing the users to use their only option.