How Did the Romans Flood the Colosseum? 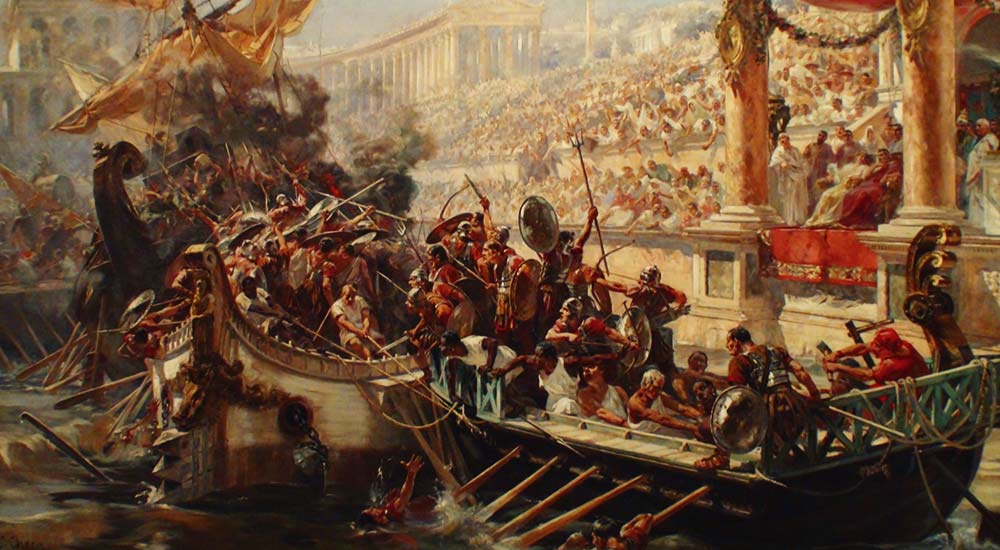 The Romans sure had a weird taste for entertainment when it came to blood sports! From brutal gladiatorial contests to grand mock naval battles, they took live entertainment a bit too far that they ended up wiping out entire species from the planet by killing them in staged battles.

The Colosseum, one of the popular Roman showgrounds for all those gruesome theatrics, once housed remarkable architectural and engineering works. From the innovative arches down the arena to the early hydraulics that accommodated the mechanical components for the acts performed, it was truly a masterpiece.

The most interesting piece of history about this amphitheatre is that around 80 AD it was capable of being flooded at will for the famous Naumachia (mock naval battles) to take place. In this edition, we’ll explore how the Romans could have possibly flooded the Colosseum.

Historical data on mock sea battles at the Colosseum

Not much! But from the accounts of the Roman author/poet (with the coolest name ever) Marcus Valerius Martialis (86 AD) in his book Liber spectaculorum,[1] and from other similar references from the works of early historians like Gaius Suetonius Tranquillus (126 AD)[2] and Cassius Dio (155 AD),[3] it is plausible that the naval battles happened for real. But only on brief occasions! Unfortunately, these references don’t clearly say anything about the engineering or the underlying architecture of the early Colosseum.

Modern accounts of engineers and architects who have explored the site give us some insights about the sources and means to flood the Colosseum, but they are still vague and are mostly speculations based on the existing minor pieces of evidence among the ruins. So let’s go ahead and explore stuff ourselves!

The Colosseum we know

If you look at the photograph of the present day Colosseum below, you can see a half-built platform and an underground part right below it. 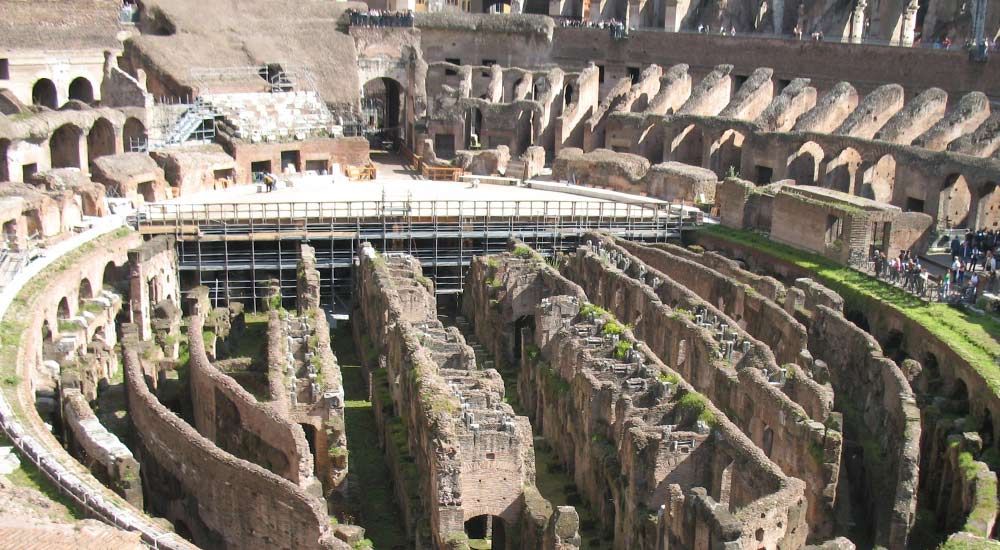 What that remains near the half-built platform is known as the arena, an extendable wooden floor in the past for the gladiatorial battles to take place. The underground part, called the hypogeum, served as the complex to house the battlers, set pieces, the wild animals, and of course, the hydraulics to lift the animal cages up to the arena.

Emperor Titus was the one who held these sea battles. During his time, the hypogeum didn’t exist at all. So before the underground cells and passageways existed, the original arena must have been a basin, shallow enough for flat-bottomed boats to float. It must have served as the ground for both land battles and the sea battles.

For the short time when the battles were conducted, the Romans could have transported water from the Tiber River through the aqueducts to a common storage tank, and then to the Colosseum basin through the smaller inlet channels around the Colosseum. And to drain the water, they might have used those bigger subterranean drains that connected the hypogeum and the exterior of the Colosseum. It could also be the easiest way they could have got ridden of the blood and whatever remained after battles.

If you look at the above picture of the Colosseum, you could still see how intricate the reconstructed hypogeum is. Even with all these structures, the passageways that exist down there could easily fit a flat-bottomed boat, if flooded. Which means, when the Romans flooded the hypogeum even to a shallow depth of 2 or 3 meters, the scaled models of naval ships, in the form of wooden boats, could have actually floated to the battleground, with an entourage of animals and battlers dressed in monster outfits, as mentioned in the linked historical references. So until emperor Domitian re-structured the arena and built the hypogeum, it is highly plausible that there could have been a few Naumachias conducted at this amphitheatre, thanks to the Romans who designed and built those aqueducts and drains.

This a miniaturized mock naval warfare conducted annually at the Peasholm Park in Scarborough.