The Ethics of Lying 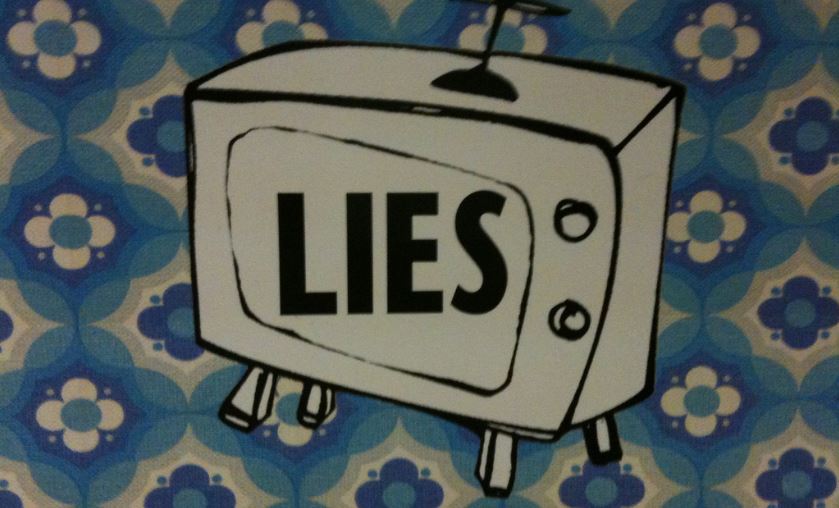 What is the first lie that we could think of, when questioned by our boss, “Why did you go AWOL yesterday?” We imagine a whole lot of things to say, like, “I got kidnapped when I was on my way to the office and everything was a blur from that moment on… Indistinct voices and masked faces…And when I was in my rightful mind, I found myself in my neighbor’s doorstep” but mostly ended up saying something as lame as “My granny kicked the bucket”, with a puppy face, all of that to cover up a Hangover. Characteristically, lying has become an integral part of our day-to-day activity. While we could go on arguing about the moral ethics of being truthful and how lying is immoral, we have got to take up the fact that it is a necessary devil, and it is quite an accomplishment to lie convincingly.

Telling a lie involves a great deal of self-confidence! Usually lies are told with a motive, unless you wanna make your friend pay for telling you that Star Wars saga is awesome, in which case, it doesn’t count, and lying has its root cause from several factors.

Sometimes we lie because we wanna manipulate people and retrieve valuable information from them. Now, manipulation is a motive. The reason behind this could possibly be “Desperation”. The desperation drives a person to both positive and negative edges of one’s attitude. Desperation causes manipulation, manipulation makes a person a liar, a liar ends up conning someone into doing something.

To Escape the Clutches of Trouble

This is a common motive that germinates right from a five-year old. These lies sound probably genuine at that instance, because there are traits that explain such characteristics. It is believed that narcissistic people tend to lie to achieve undeserving glory. But that doesn’t make a narcissistic person unworthy of glory or a B&E guy wrongly accused of murder, a saint.

Picture yourself, reading a book, in a park on a fine evening, a person walks up to you and says that you are the ugliest person they’ve ever seen. Liar? Possibly… But let’s just go with “Bleeping Retard?!” What if, in that scenario, a person comes up to you and says you are beautiful? Ufff? Truth? Flirt? Lie? Sociopath…?
Sociopaths are active liars. They are the most amiable person on the outside, masking their bitter past. Being a Sociopath is a disorder in which an individual tend to lie apparently, for no reason or because one feels like lying and/or they have nothing to obtain because of the lie, or they don’t hold any advantage in it. Compulsive lying is usually a result of a traumatic childhood experience or an unhealthy social life, possible because of lack of confidence in oneself. It is a disorder where a person has a “need” to lie, because of no reason or for fun or they are bored or for any reason that sounds lame.

Reputation is one of the strong motive for lying. Any person tend to lie, in a reflex, when their social status is at stake. Usually the liar will be in either of these two situations. One, if he did not lie, he is at a great loss. Two, if he owns up a mistake, then he creates a bigger problem.

People who crave for love and affection has a histrionic personality. One of the triggers which activate this personality is the fear of losing someone they love. This is followed by a sequence of threats and suicidal notes, including the DVD of “Harold and Kumar Go to White Castle”. There are no perfect liars. Liars, in fact, fidget noticeably during a pause in the conversation. Liars are mostly insecure and they will talk in defense, as opposed to offense in an argument. They tend to blink often when they lie, although sometimes it is adorable. They repeat the question you ask them, thereby stalling, eventually ending up with an answer.

Like I said before, lying is a necessary devil. As long as you enjoy lying and being lied to, there is no reason to be scared of getting caught. Although it is always good to be truthful, if you wonder how to lie genuinely, look the person in the eye and speak. By then either they would believe it, or you would realize you do not have to lie to them! In which case, it’s a win… Just not for you.

Image by Ged Carroll | CC BY