Why Do We Feel Car Sick? 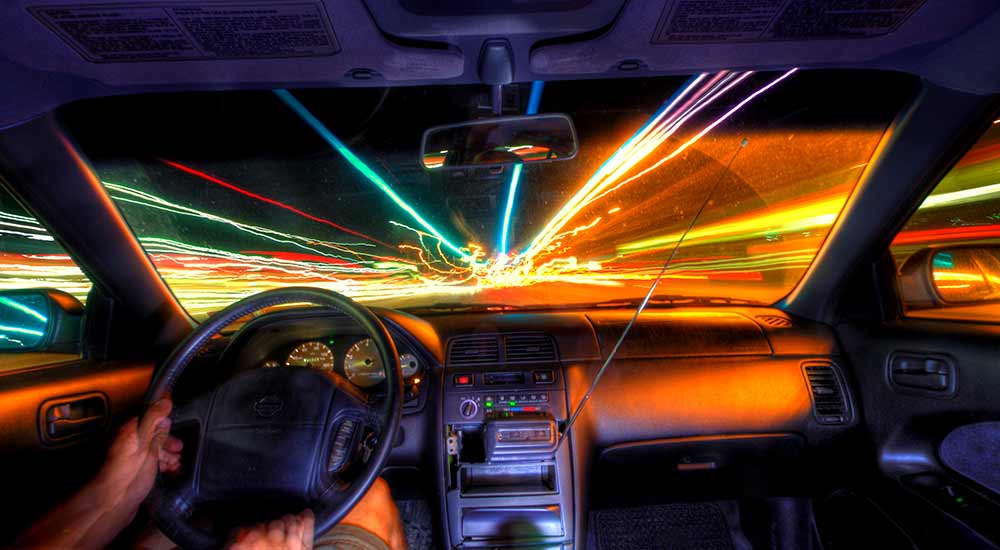 Photo by Dan DeChiaro | CC BY

It’s only when you are half way up the hills in a car with power steering, you realize that filling up your tummy and sitting in the backseat is a bad idea. I happen to experience this sickness often. This, fortunately, makes me a better explainer at this.

Every time we forget to call shotguns, we are subjected to constant unexpected motions while traveling from one point to another, pathetically sitting at the back of the car. As complex as our body is, it constantly sends information about these motions to our brain in every possible way it could. The problem is that there are two primary sensors racing one another to send this information. Unfortunately, both send a different information and this confuses the brain. Let’s look at these two sensors with more scientific details and find out what makes people car sick.

The vestibular system is the primary system that balances you by reporting the orientation of the person to the brain. It is made up of three orthogonally placed semi-circular canals in the inner ear (Figure 1). These canals are filled with a fluid called endolymph, which shifts corresponding to the actual movement of the human head (Figure 2). 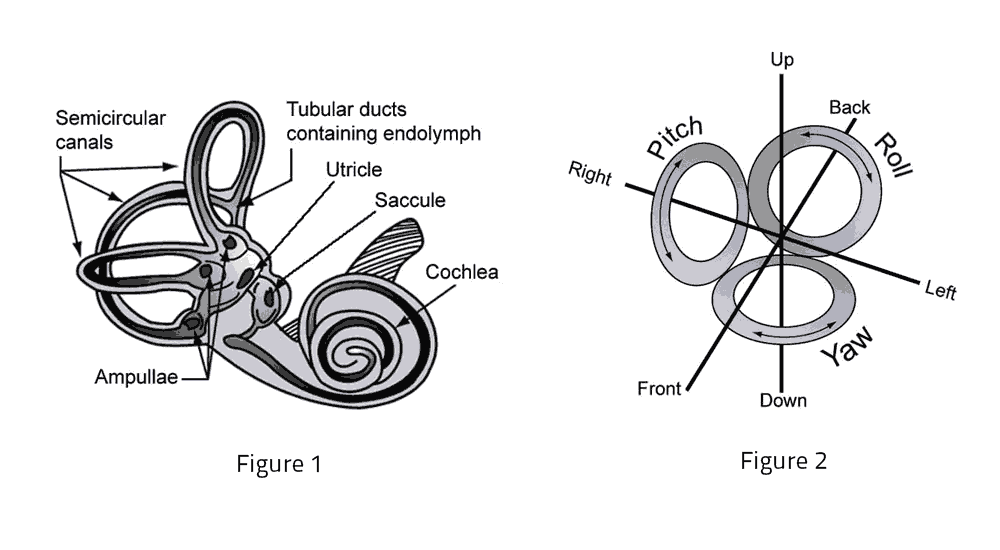 In addition to this, the linear acceleration is detected by the otolithic organs (Figure 1 — saccule and utricle). These organs pull and push the hair cells, thanks to gravity, and starts an action potential that tells the brain that the human is accelerating linearly. When this information about the orientation and the information from other relative movements of the body parts are perceived in the brain, it gives that feeling of position and balance in you.

Your eyes, the secondary sensor, do the above things differently. It sends what it sees. For example, consider that you are in the backseat of the car and you have no visibility in the front. All you see is a stationary car or an almost stationary car with most of the shocks from the roads dampened enough to make it look stationary. The signals from the eyes would be perceived in a way that the human is experiencing only a little amount of motion occasionally but is stationary most of the time.

The truth is you are not. You are stationary, relative to the car. Only the eyes will sense this equilibrium. Your ears will sense otherwise. It senses the car being subjected to unexpected turns around the corners and to sudden movements when dodging vehicles and pits.

When the above two contradicting information is sent to the brain, it creates a little chaos. While there are a few theories that explain how the brain deals with this two contradicting information, the primary idea is that the brain thinks that the human might be hallucinating. Brain assumes that this hallucination might be due to poisoning of the nerve tissues and it activates a well-known defense mechanism—vomiting. This is the reason why you feel sick or nauseated during the early stages of the ride.

How to prevent or cure car sickness?

The causes of the motion sickness itself are not fully understood. As far as we know, it is because of our eyes and ears sending different information about the orientation. To avoid and prevent motion sickness in cars, airplanes, ships or movies, it is recommended to expect the sudden movements beforehand. This reduces the misinformation from your eyes being sent to the brain. This is believed to be the reason why the driver of the car never feels sick. You can either call shotgun before everyone else or fix your eye on a distant object on the horizon to let your eyes know about the car’s movements. Alternatively, you could always get a clear front view by moving to the center of the backseat. Other methods of prevention include chewing gum, napping, and the best of all—delivering a vomit threat to the driver and stopping the car. Now that you know the science of the motion sickness, maybe all these prevention methods will be more effective with the added placebo, backed by science.

It’s only been a few thousand years since we have invented ships and it’s only been a century since we invented cars. Let’s give our human system a few hundred more years to adapt to these new motions. We will be fine by then.