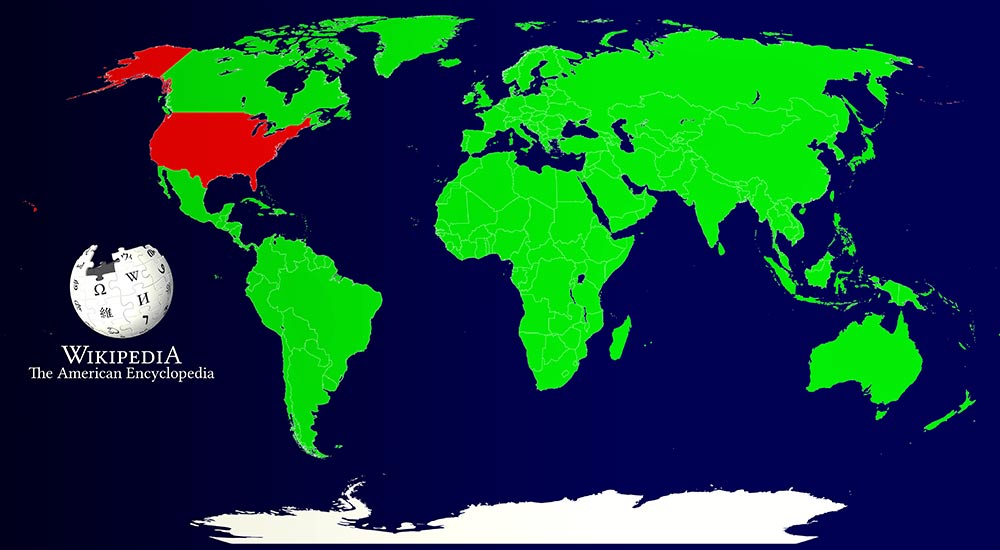 Watching two anglophone factions on Wikipedia, fighting over to assert the dominance of their vernaculars in international articles is maddening. What’s more infuriating is that most of the editors lean towards blind arrogance rather than reason. So this is more of a rant post than anything science-related.

As a non-native English speaker, the path where this world’s knowledge compendium is going, really makes me concerned. Apart from too much unnecessary information on Wikipedia, one of the lamest and pedantic things is to deal with is the discussions on deciding between two different spellings. This is most common on wikis like aeroplanes, colour, aluminium—you get the gist!

Generally, it doesn’t matter when it comes to words like aeroplane or airplane, colour or color. For the general English-speaking population around the world, they usually stick to the style that was adapted in their school or country. And most are okay with any spelling or even popularly used slang––as long as it conveys what it is about precisely.

For example, even if you move the page ‘aluminium’ to ‘aluminum’, ignoring the IUPAC preference, it will still not cause any trouble to an average reader. It is clear that the page is about the chemical element aluminium. So in this case, it doesn’t matter what you call it, the information is always straightforward.

Where spellings and vernacular matter?

But on a compendium like Wikipedia, which is accessed and used by everyone around the planet, internationalised version of spellings and vernacular does matter when it poses a confusion.

For example, petrol is what we call the refined distilled extract from natural unrefined petroleum (crude oil). It is one of the primary liquid fuels used around the world along with diesel and kerosene. And the logical way to call it would be ‘refined petroleum’. And most of the countries did end up calling it ‘petrol’ and it is now a common term––except in the United States of America, where they ended up calling it ‘gas’ as in ‘gasoline’.

In the rest of the world, Liquified Petroleum Gas, or other forms of hydrocarbon gas, or any gaseous substances for that matter are usually called ‘gas’. It is utterly stupid to call a liquid fuel as ‘gas’. And this is an unnecessary confusion that can be avoided.

But some editors on Wikipedia usually go against move requests that would help avoid confusions from localized terms. And their only defence in most of the discussions is quoting Wikipedia’s Manual of Style.

Wikipedia’s Manual of Style is flawed

While the whole manual is reasonably neutral and has helped shape most of the content on Wikipedia, some sections are flawed, weak, and beg for reform.

For example, the ‘retaining the existing variety‘ section is inadequate and defective when disputes arise for terms like petrol. Internationalisation can be achieved only with reform. By retaining defective and confusing vernacular just with the ‘it was how the article was created’ reasoning is moronic, lame, and reckless.

This particular policy needs reform. And with the majority of American based editors trying to find ways to retain their localized American terms on Wikipedia, the site is turning into a bureaucratic cesspool of xenophobic discussions and internet trolling.